Locals from a rural village in Ilam rescued a red panda that was being chased by stray dogs. The red panda was later released back into its habitat. RPN Forest Guardian led the effort.

Maijogmai Rural Municipality-3 is located in the Himalayan foothills of Eastern Nepal. It is one of six rural municipalities located in Ilam District. This area is also part of the Pancthar-Ilam-Taplejung (PIT) Red Panda Protected Forest.

On Sunday, March 24, at around 5:30 PM, a red panda was being attacked by a gang of stray dogs in Maijogmai Rural Municipality-3. The animal had accidentally entered the village as it was being chased by four dogs until it was rescued by a local named Santosh Rai.

Rai then informed his friend and RPN Forest Guardian, Arjun Rai. “After I received the information about the rescue, I alerted local forest authorities and Community Forest Users Groups (CFUGs). It was already late in the evening when the incident occurred so everyone decided to wait until the next day to release the red panda back to its habitat,” Arjun Rai said. 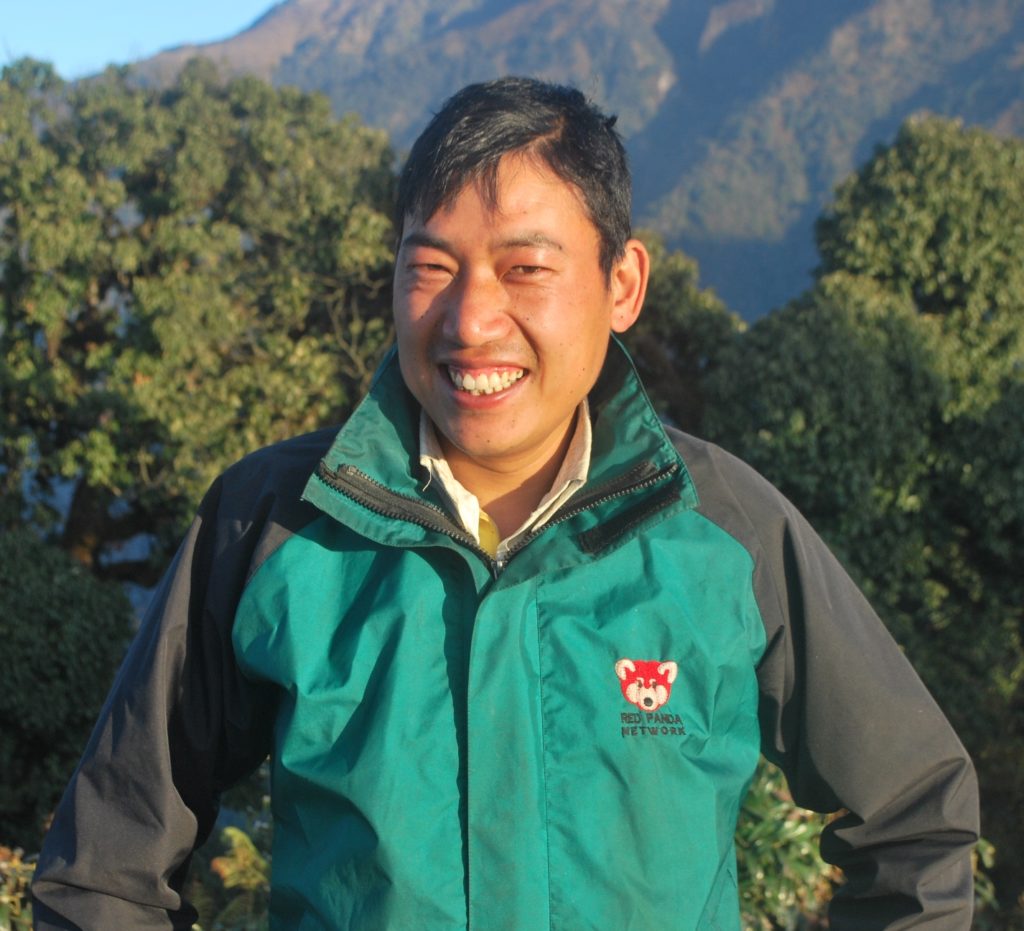 According to Arjun Rai, the red panda was kept inside a wooden box—where it fed on bamboo leaves—for one night until it was transported by vehicle to a safe location and released into a Community Forest the next day. Local forest authorities and representatives of CFUGs and RPN were present for the release.

Free-roaming dogs (feral, hunting and herding) are a major threat to red pandas in Eastern Nepal. As a result, RPN has been partnering with District Livestock Service Center of Ilam and Taplejung to implement a neutering and rabies vaccination program for local dogs. Learn more in Free-Roaming Dogs: A Major Threat To Red Pandas.