Red Panda Network (RPN) is introducing the Habre Guff-Gaff film series, which offers insightful conversations, incredible stories, and inspiring efforts of red panda conservation from our stakeholders on the ground.

The name Habre Guff-Gaff originated from Nepali language: red panda is known as Habre in Nepal, and Guff-Gaff is an informal discourse between individuals. The episodes are wide-ranging from the views of red panda conservation ambassador, Dayahang Rai; Forest Guardians and other local stakeholders and representatives. The series unfolds in the forests and communities where conservation happens, articulating the stories of the people who live among the pandas and their ongoing dialogue on saving this species on the brink.

“Habre Guff-Gaff is the nexus between community, science, and storytelling,” says Sonam Tashi Lama who will host the Habre Guff-Gaff series. Sonam is RPN’s Program Coordinator who has a decade of experience in red panda conservation. RPN’s conservation ambassador, Dayahang Rai, takes over as host later in the series.

Here we will give a sneak peek of the Habre Guff-Gaff episodes which will be released every Friday starting December 10th, 2021. World Pangolin Day is celebrated on the third Saturday in February, and this year, the special day falls on February 18, 2022. All the episodes in February are about embarking on a journey to protect pangolins in eastern Nepal.

RPN completed a year of rewarding collaboration with conservation ambassador, Dayahang Rai. The episode will give viewers a closer look at his childhood, the village he grew up in, his acting career, as well as his inclination towards red panda conservation.

“The episode is factual yet personal; it delves into what Dayahang loves about red pandas and his passion for saving them,” Sonam said regarding the opening release.

Dayahang also applauds RPN’s efforts to protect this marvelous species and urges people to join in community-based conservation while resisting the temptation to get involved in illegal wildlife trade. 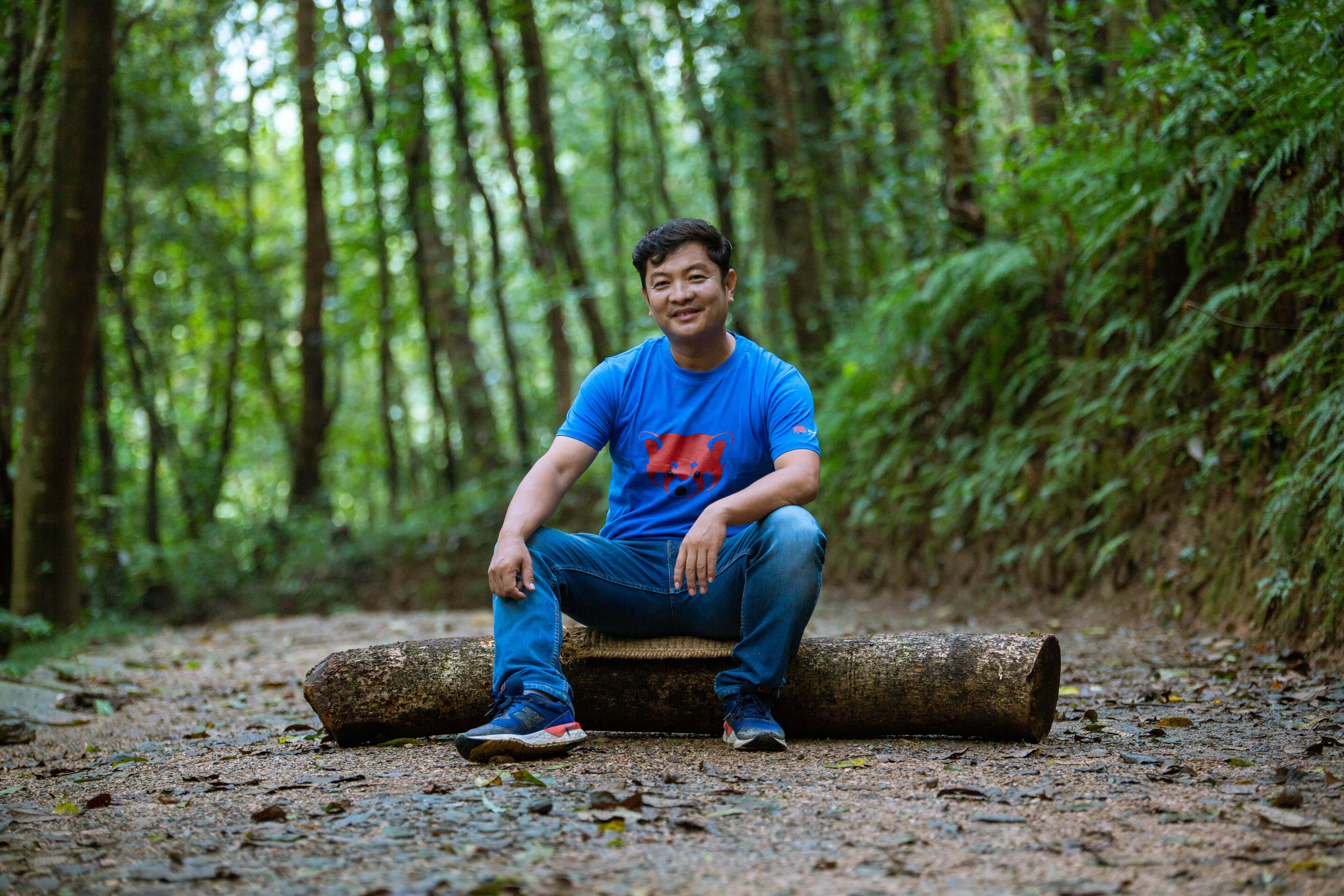 Habitat loss and fragmentation is one of the biggest threats to red panda survival. Launched in 2015, Plant A Red Panda Home (PARPH) became RPN’s flagship campaign to restore and reconnect forests in Nepal. This is a landscape-level approach that plants trees, installs bio-fences, purchases private lands in critical habitat areas, and works with local communities to conserve restored areas. It also creates green jobs and supports sustainable livelihood initiatives.

In this episode, our host takes you on an uplifting tour among the regenerated bamboo forest in Jaubari—a central hub for RPN’s restoration efforts. Viewers get an intimate look at the whole reforestation process from selection of tree and plant species, to post-monitoring activities such as camera trap installation, to stories of wildlife visiting the restored area. You will also see why we must act with urgency, planting trees every year, while also practicing patience—habitat restoration is not a fast or easy process. 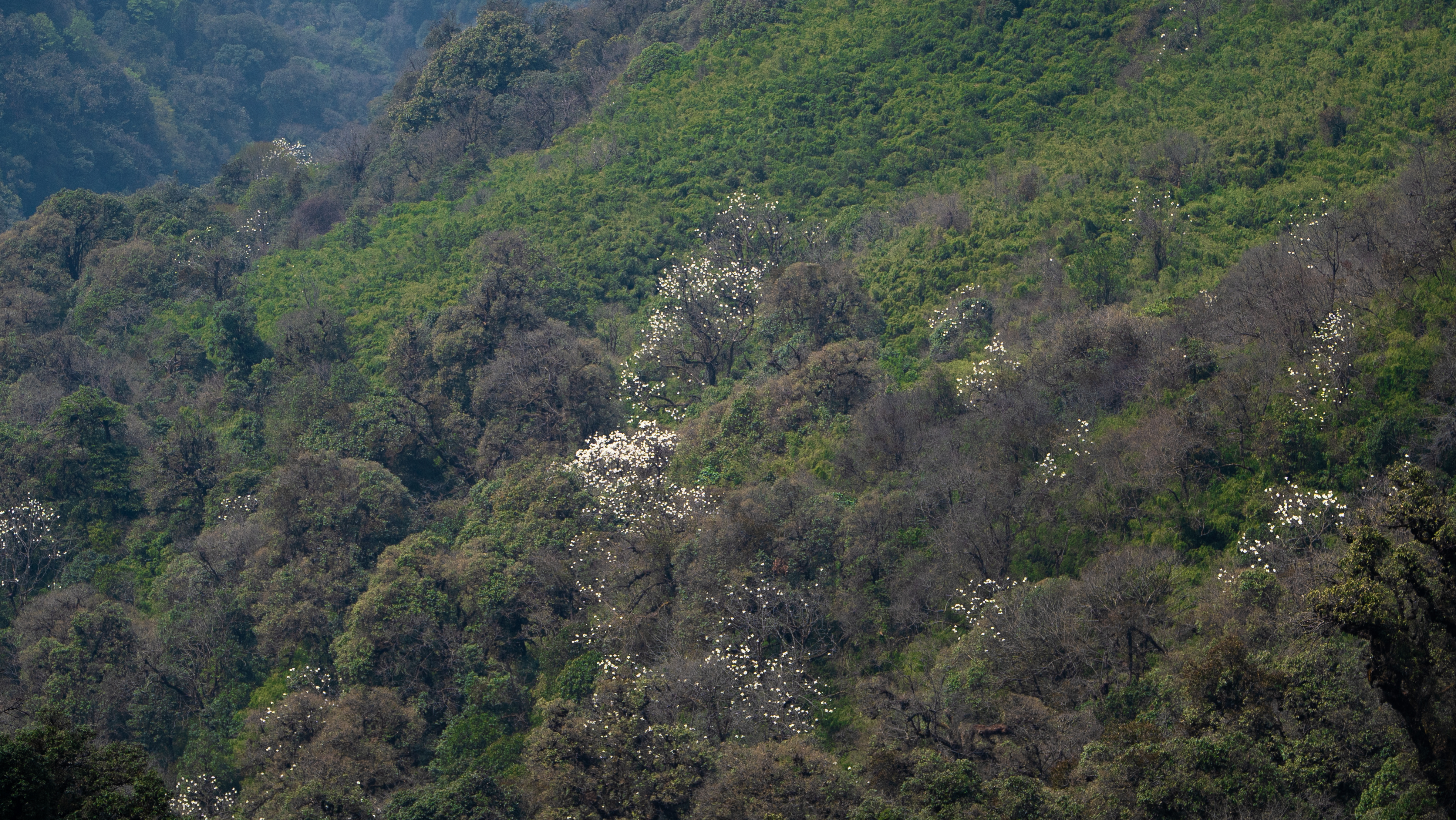 The Forest Guardian (FG) initiative is a critical part of RPN’s community-based conservation approach. FGs are professional forest stewards and our local conservation ambassadors who monitor red panda populations and habitat as well as raise awareness in their own communities. The initiative began with 10 members in 2007, and there are now more than 100 dedicated guardians, braving inclement weather and harsh terrain to protect red pandas.

This episode focuses on how FGs are trained for their important roles which includes an annual capacity-building training that cultivates various skills in wildlife monitoring and conservation.

Ngima Dawa Sherpa is a Forest Guardian from Ilam district. He is committed, cheerful, curious and skillful; one of the best red panda trackers who has assisted RPN in a number of pivotal conservation activities.

We go deep into the forest where red pandas roam in Ilam’s Padmasambhava Community Forest. Along the way, Ngima briefs us on red panda tracking techniques and his diverse work as an FG. “The episode acutely captures the growth of Ngima as a conservation hero and local leader in the movement to preserve the endangered red panda,” Sonam remarks. 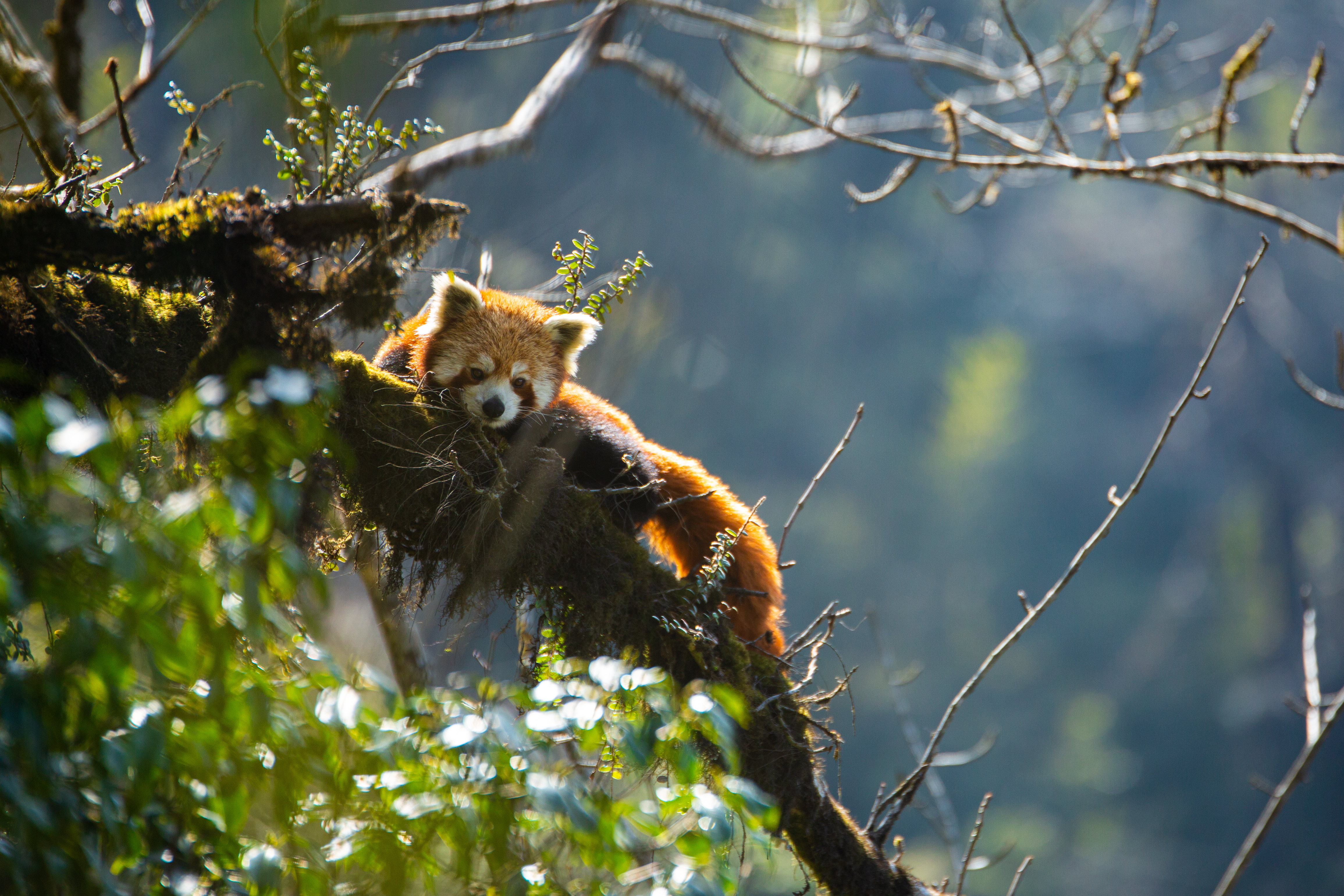 The exploration continues. Ngima recalls his journey as a FG and how, following the lead and legacy of his uncle and brother, joined the national team seven years ago. Ngima had a key role in tracking ten red pandas for one and a half months during our GPS-satellite collar study in Nepal. The team even named one of the pandas after him!

“Ngima” means sun and he definitely shines brightly in the local community. From camera trapping to red panda tracking, to delineating their home range, to mobilizing his community to environmental stewardship, Ngima has excelled himself as a local citizen scientist and ambassador of conservation. All of this is portrayed in episode 5.

Filmed at a pond that was restored by RPN, Ngima presents his views on the red panda conservation strategies he’s been a part of, expresses his concern for the harmful misinformation fueling red panda poaching, and emphasizes the local benefits of community-based wildlife ecotourism. 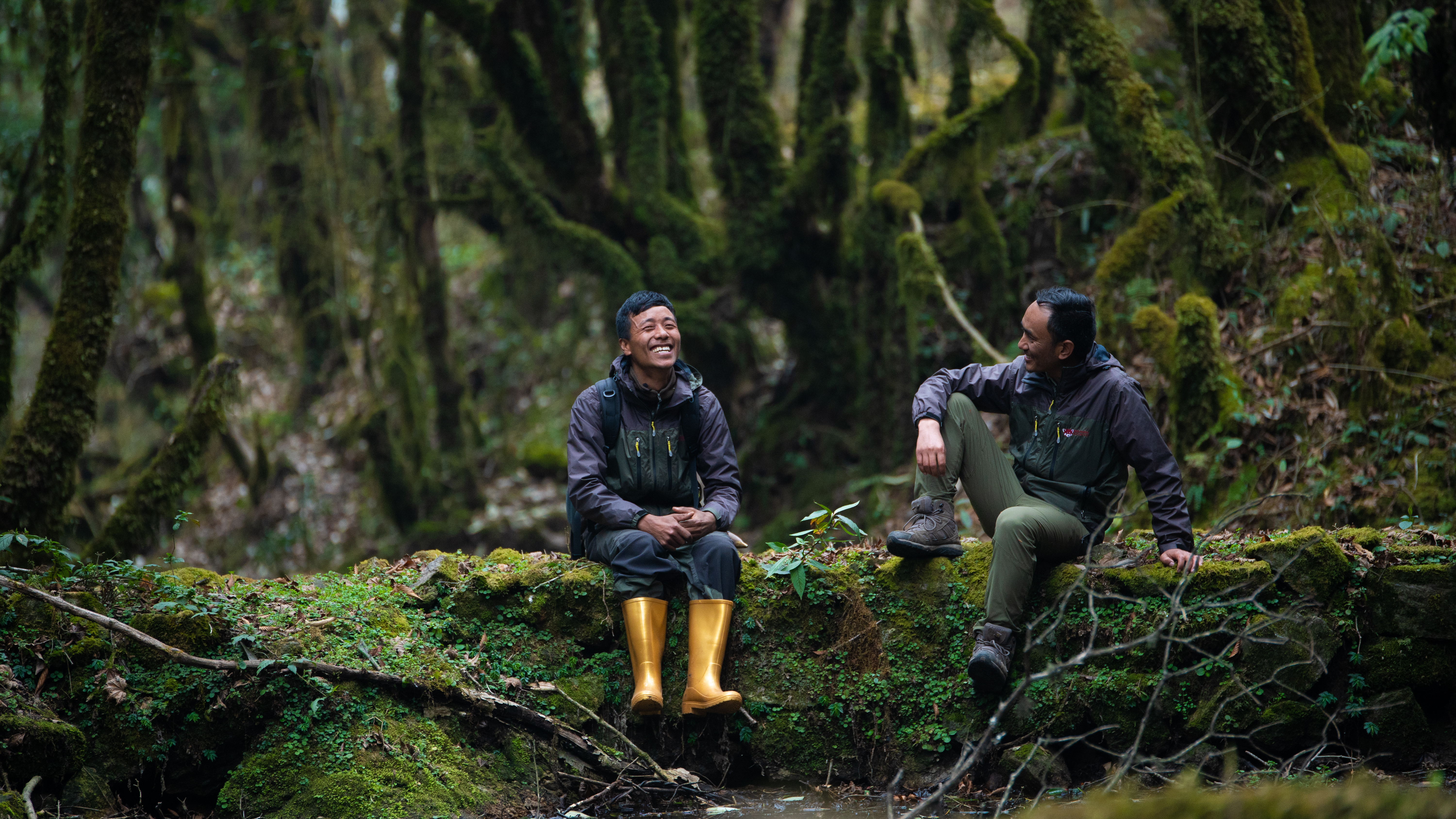 Episode 7: A Witness to a Changing Landscape in Eastern Nepal
Date of release: Friday January 21st 2022

Having lived in Dobato, a small village in eastern Nepal, for the majority of his life, Santok Bahadur Rai has been able to witness the changing landscape of the area with wonder. Santok is a livestock herder but he was once a licensed trapper when things were a lot different in red panda country.

This episode is the story of Santok Bahadur Rai, the transformation of the world around him, and his new life of living harmoniously and sustainably with Himalayan wildlife.

Dayahang Rai, RPN’s conservation ambassador, will be hosting this episode that provides fun facts on red pandas and other wildlife, with the goal of expanding the public's knowledge and interest in conservation. 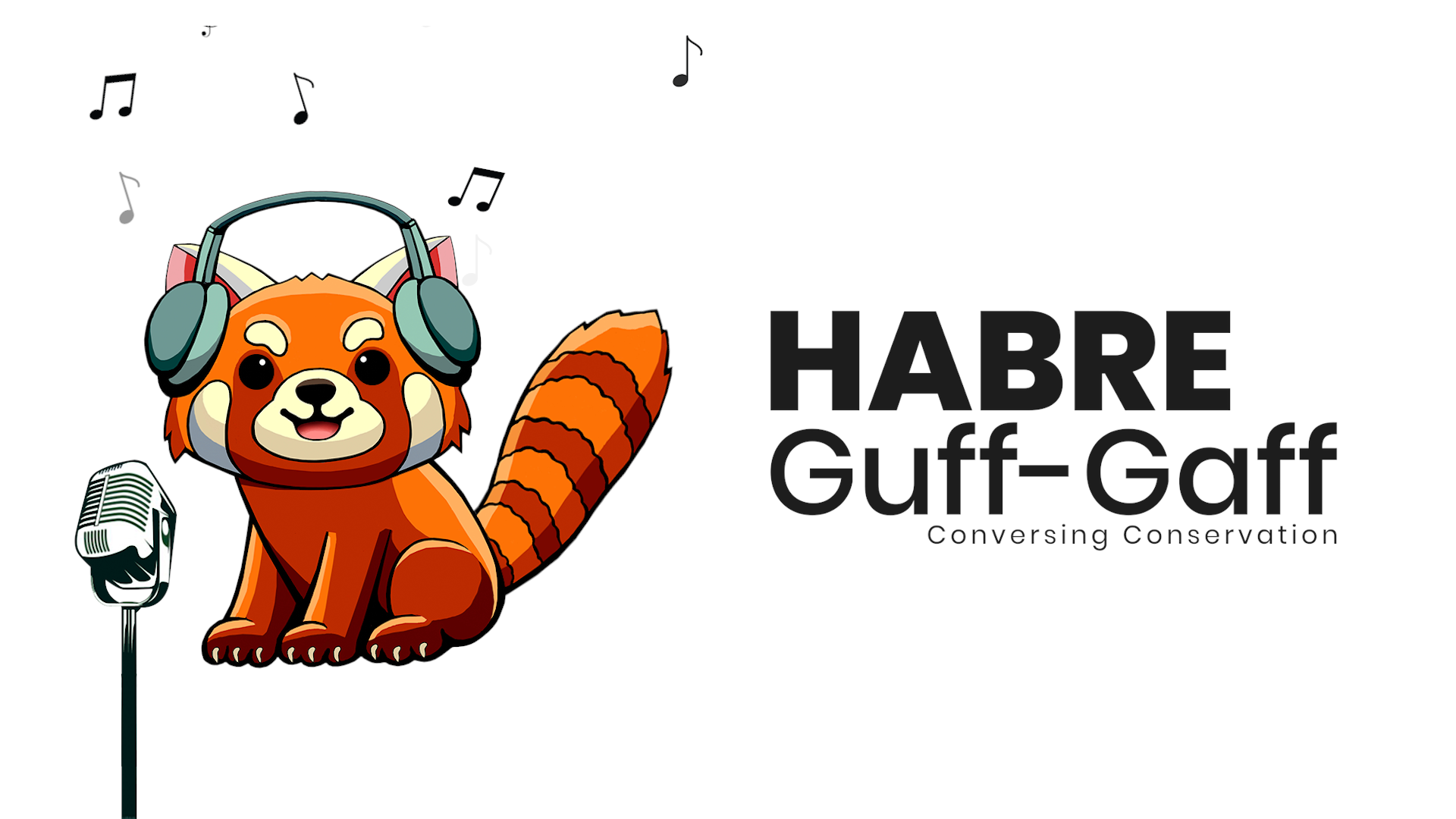 Episodes 9 & 10: How the Pangolin is Surviving in a Human-Dominated Landscape Part I & Part II
Date of release: Fridays February 4th & 11th 2022

Champa Burja is a local resource person whose agricultural land has been inhabited by pangolins for years. In this episode, she talks about the local perspective of pangolins, important insight into traditional beliefs and uses, and the threats that surround them. Threats that include illegal wildlife trade.

Pangolins are the world’s most trafficked mammal. In this episode, Champa talks about the state of illegal trade and poaching in her own community and how a lack of pangolin awareness contributes to this urgent problem in rural Nepal. She also talks about her commitment to pangolin conservation. 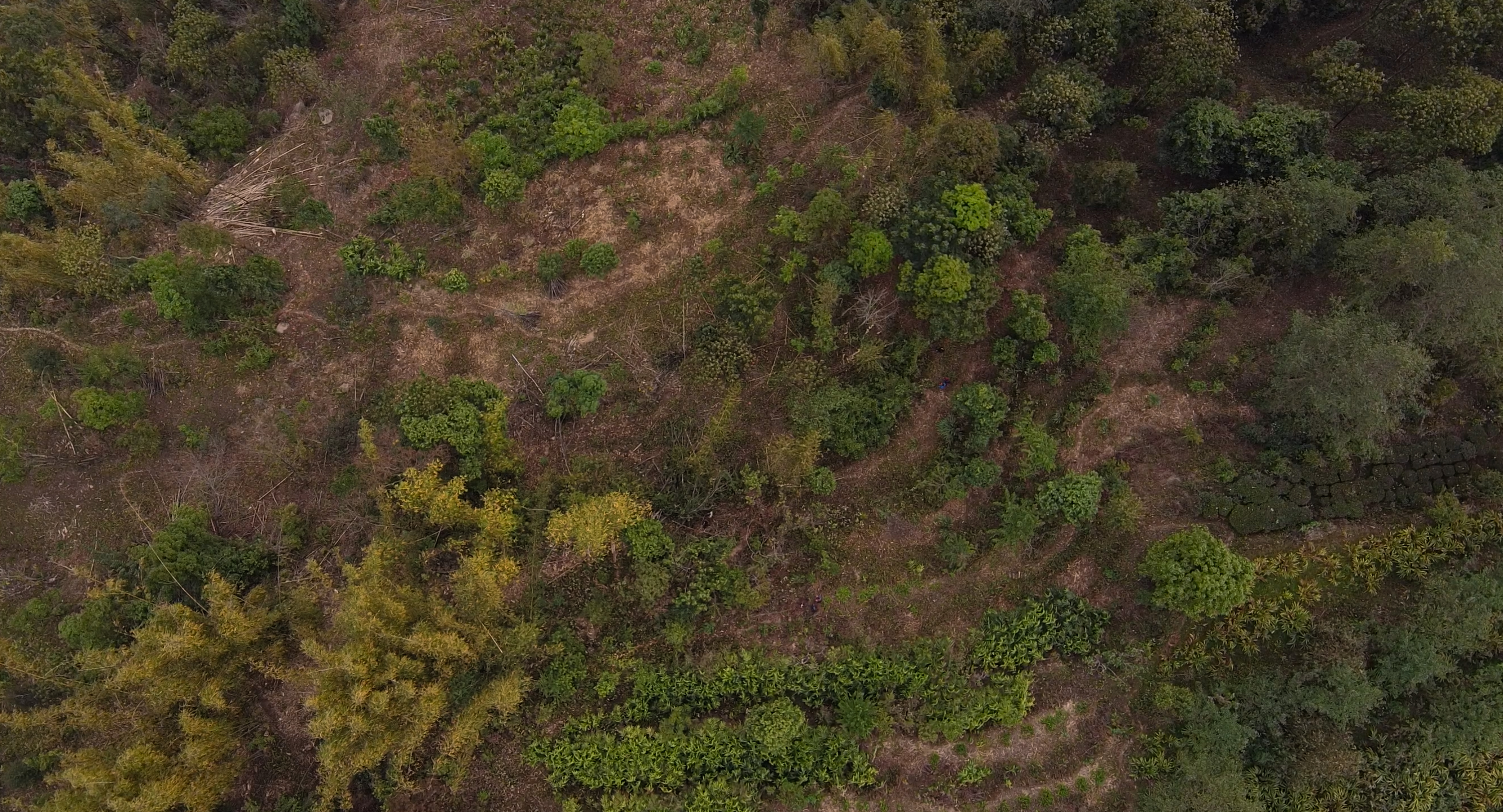 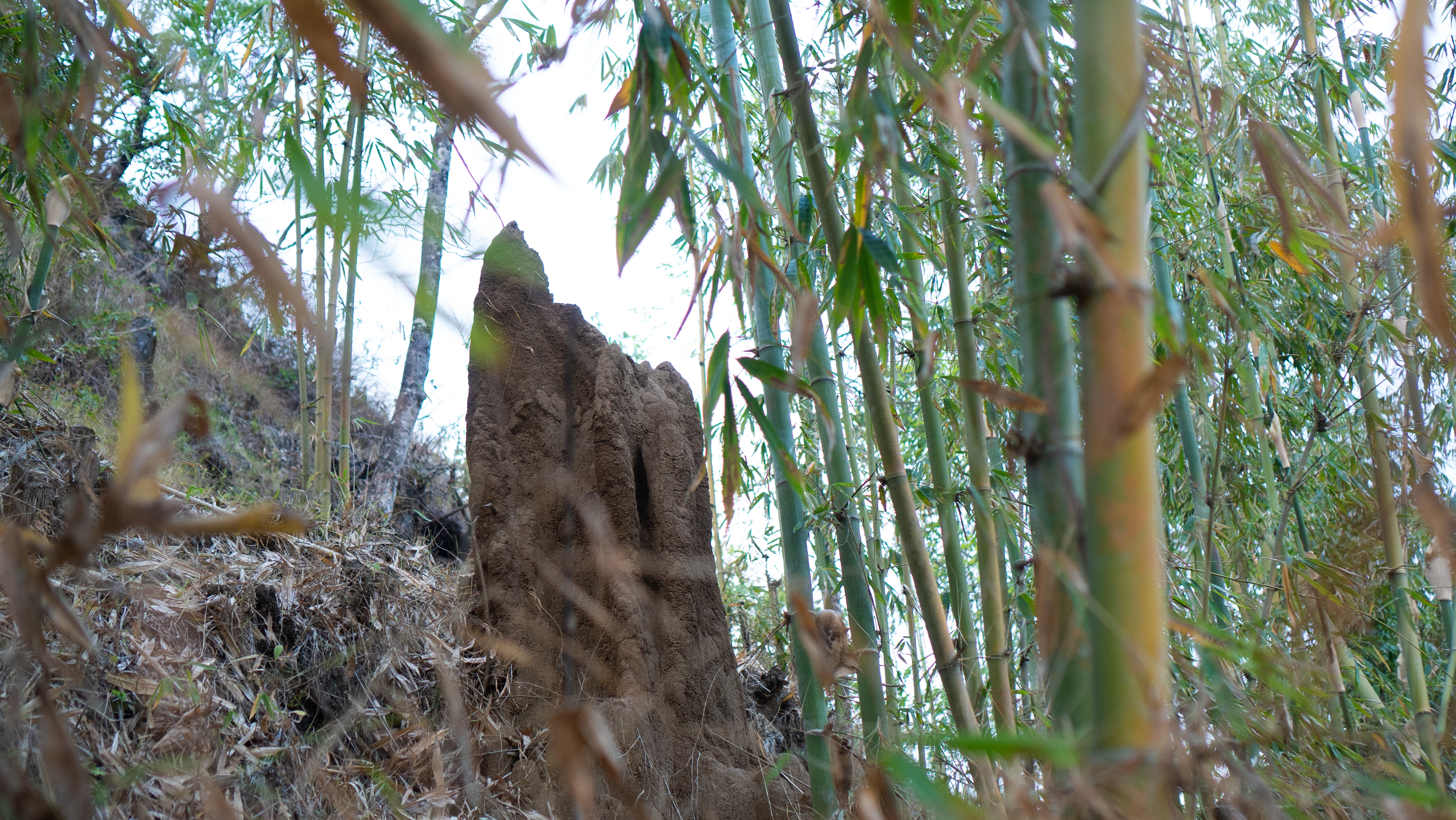 Time and time again, evidence has supported the importance of community-level actions when it comes to conservation. With Nepal’s system of federal state government, local representatives are an integral part of the decision-making process.

In this episode, Hari Lungeli, the ward chairperson, talks about the pangolin’s status, burrow distribution, potential threats, and local perspectives. Hari also highlights the need to initiate grassroot interventions and the importance of collaboration among local stakeholders and government agencies to long-term pangolin conservation.

Project Pangolin is RPN’s effort to save the critically endangered Chinese Pangolin in Nepal. This community-based initiative implements research and conservation on-the-ground by mobilizing local communities to save this vanishing species.

In this episode, we travel to pangolin habitat in eastern Nepal where a researcher debriefs us on burrow distribution, habitat type, imminent threats, and so on. It also shows our community survey process where we distribute questionnaires to local people and how a camera trap installed by RPN was able to capture exciting pangolin images. The resulting information is hugely beneficial to guiding the conservation mission of Project Pangolin. 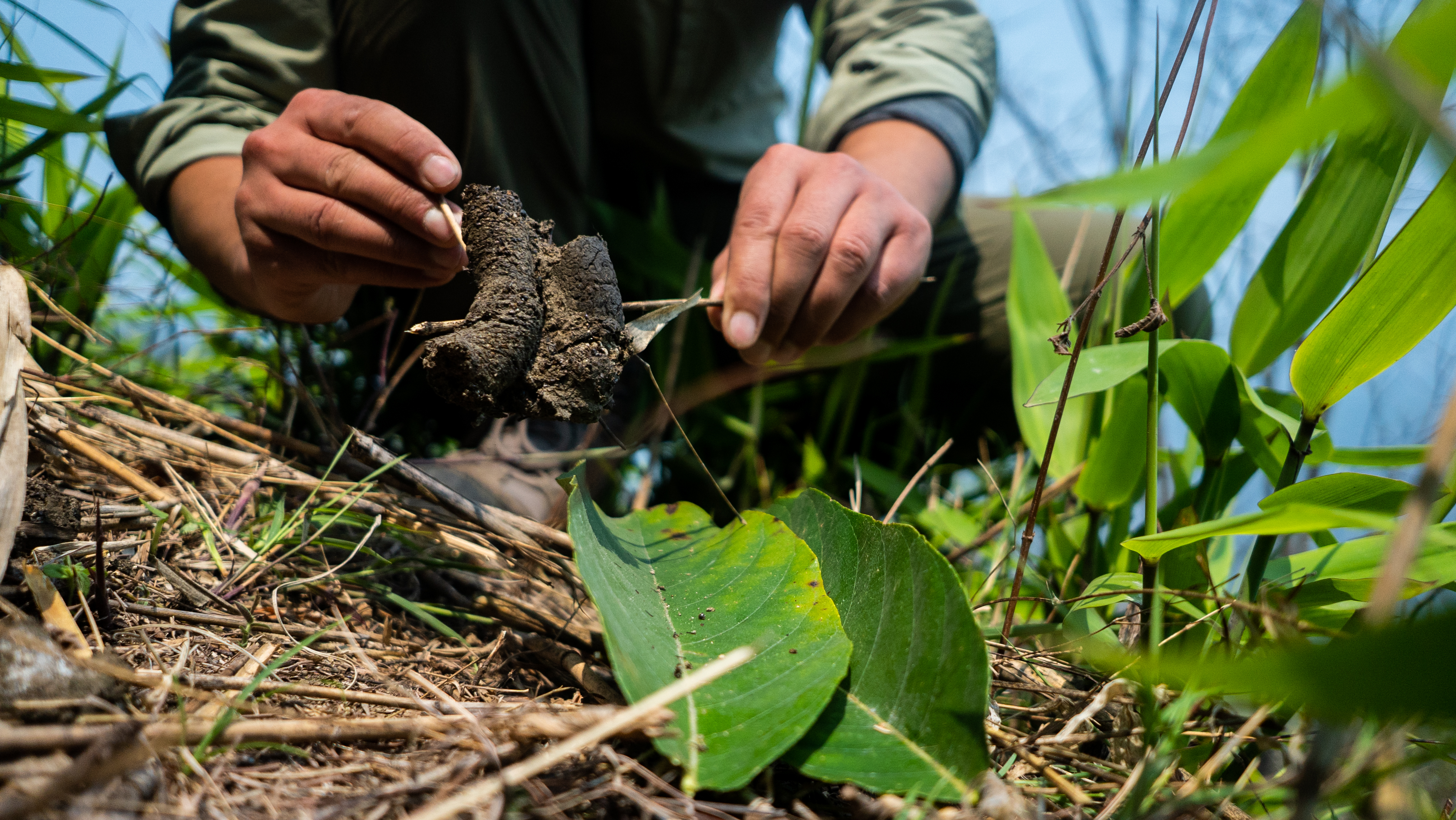 Pangolin poop that was encountered during a habitat survey in eastern Nepal. Photo: RPN/Rashik Maharjan

This episode reflects our commitment to understanding local perceptions and needs before initiating any conservation strategies. It captures an informal group discussion held among a community in Ilam district, eastern Nepal. Our host, Sonam and Field Assistant, Gyazo, are seen discussing the major local threats which is followed by a communal discourse where people share their thoughts and experiences with regards to pangolins.

The FG role is often regarded as a male-centric profession, but Bimala Moktan and Man Kumari Nembang are female FGs from Panchthar district who are challenging this stereotype.

In this episode, the two are on a quest to see a red panda in the Padmasambhawa Community Forest. They travel deep into the montane forest while talking about their experiences and knowledge of red pandas.

Stay tuned for the episode releases of Habre Guff-Gaff: Conversing Conversation on RPN's Youtube channel! In the meantime, check out the promo video!