Nobody Ever Said, “Saving Red Pandas is Easy”

THE TERRAIN IS STEEP AND DIFFICULT, THE WEATHER IS UNPREDICTABLE, THE JOURNEY: TREACHEROUS AT TIMES. BUT FOREST GUARDIAN BIMALA MOKTAN IS UP TO THE CHALLENGE OF PROTECTING ENDANGERED RED PANDAS.

Bimala Moktan was 24 when she joined RPN’s Forest Guardian (FG) team. Her uncle, Deu Prakash Tamang, had been an FG since 2006 and was among the first selected by Red Panda Network (RPN). In 2015, Tamang led a team of villagers to chase four poachers who had trapped a live red panda. They were able to free the animal from the poachers and release it back into the wild.

Tamang later stepped down so a new generation could protect the forest, and Bimala wanted to follow in his footsteps.

“It was always interesting to listen to the elders tell jungle stories. I was fascinated by the birds and wildlife they found in the forest,” said Moktan of Prangbung village last month during an interview with Communications Officer, Pragati Shahi, at a FG refresher training in Panchthar district, Eastern Nepal. 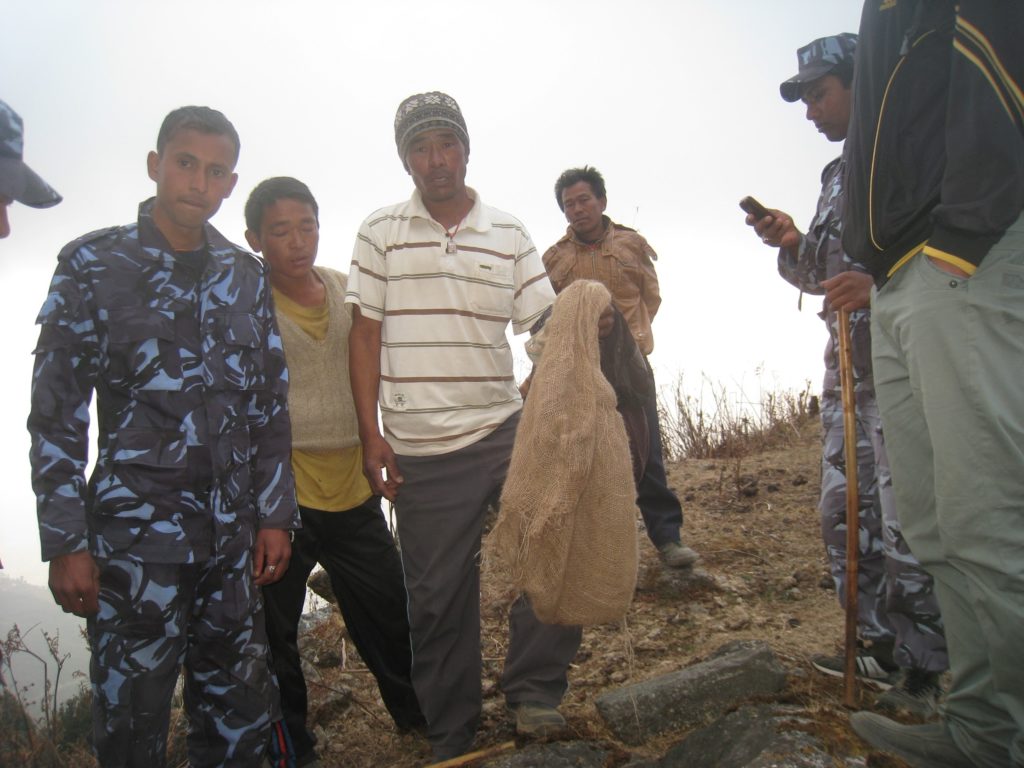 Over the years, the forests near Prangbung have been cut down and degraded by illegal timber collection and over-harvest of NTFPs. The natural water sources gradually dried out due to haphazard road construction in the mountains.

“The need to save our forests and the wildlife that lives there is no longer deniable,” said Bimala.

Bimala like all FGs, patrols red panda habitat four times a year, monitors the status of forests, collects snares or traps placed by poachers to catch wildlife (including red panda). She also checks for forest fires during dry seasons and monitors the conditions of local water sources. 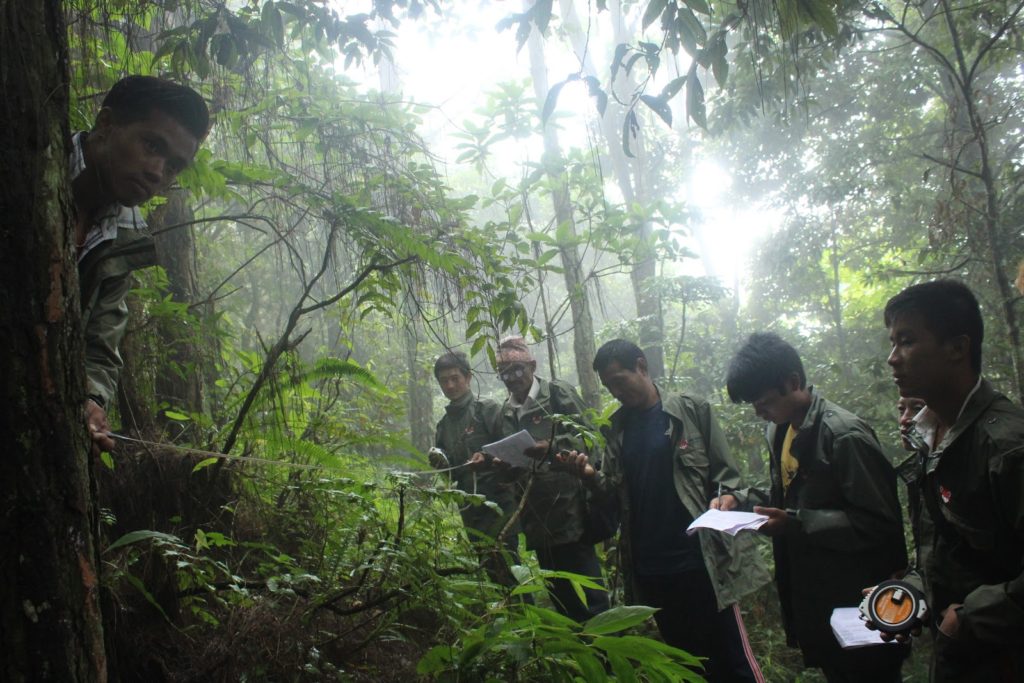 Her work is not easy. Generally, two to three FGs are appointed to monitor and steward one Community Forest. “There is always a threat of attack by dangerous animals, like leopards, who share habitat with red pandas,” Moktan said. “It is difficult to carry out monitoring during rainy days. The terrain is difficult and the slopes are slippery.”

In 2018, Moktan was part of a camera trap study on terrestrial mammals of Panchthar-Ilam-Taplejung (PIT) Corridor in Eastern Nepal, co-led by RPN, Rotterdam Zoo and Lincoln University.

“This was an exciting experience as I got to see pictures of rarely seen wildlife—including red panda,” she said. 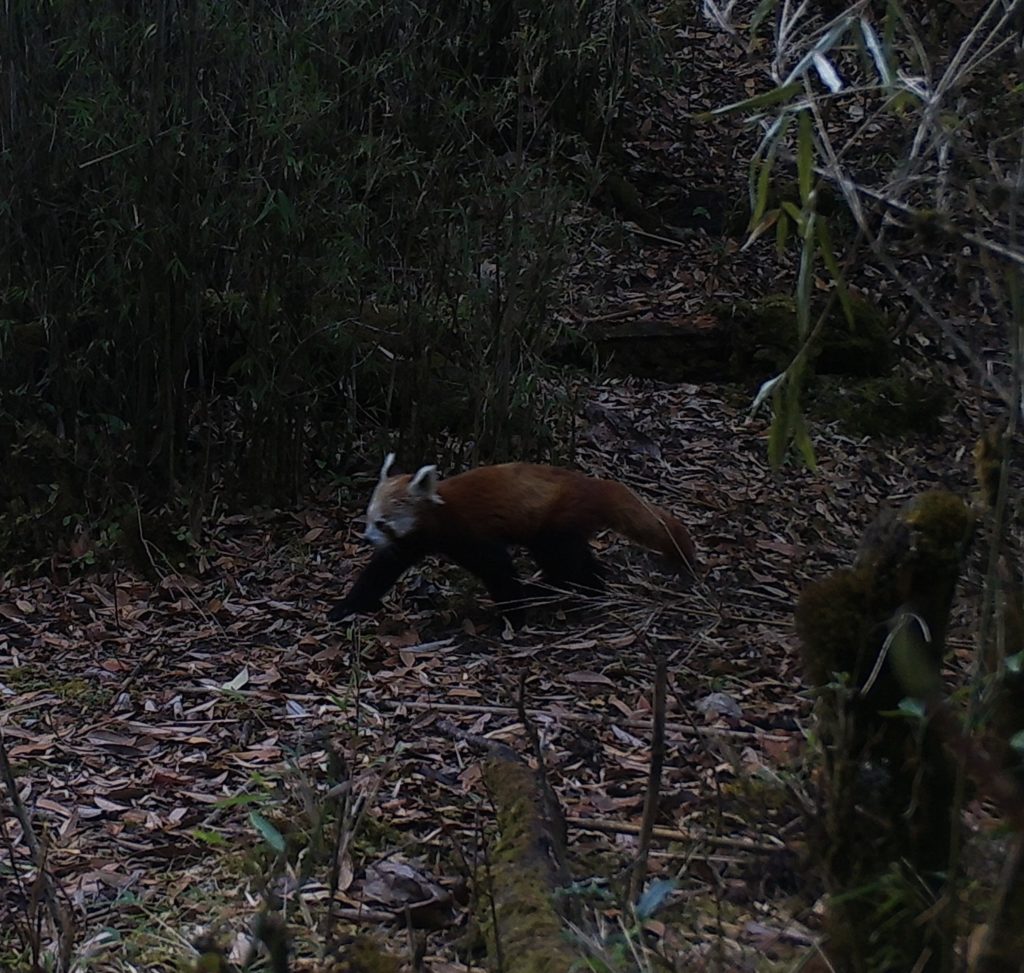 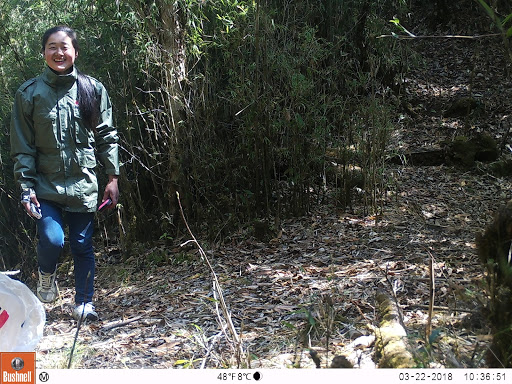 Moktan photographed by camera trap she set up inside the PIT forest.

Moktan is now 26. She also works as a member of the Jaljale Pokhari Community Forest, which is part of RPN’s project area in Panchthar, Eastern Nepal.