Shelter from the Storm: How Red Panda Protection Can Help Other Species in Decline

Red pandas aren’t the largest in their class, but these nocturnal Asian mammals about the size of a house cat are big indicators of the health of their habitat.

Listed as “endangered” on the International Union for Conservation of Nature (IUCN) Red List of Threatened Species, red pandas are what conservationists call an “umbrella species.” That means that, ideally, conservation efforts put into place to protect them also will protect other animals within their geographical area.

Native to the Himalayas, red pandas can be found in a disjunct range comprising Bhutan, Nepal, India, China and Myanmar. Within this territory, Red Panda Network (RPN) continues to set up the Panchthar-Ilam-Taplejung (PIT) Red Panda Protected Forest in Eastern Nepal.

RPN believes that establishing this uninterrupted stretch of land measuring 11,500 square kilometers will also benefit other threatened and critically endangered animals on the Red List, such as the clouded leopard (“vulnerable”), the Assam macaque (“near threatened”) and the Chinese Pangolin (“critically endangered”). 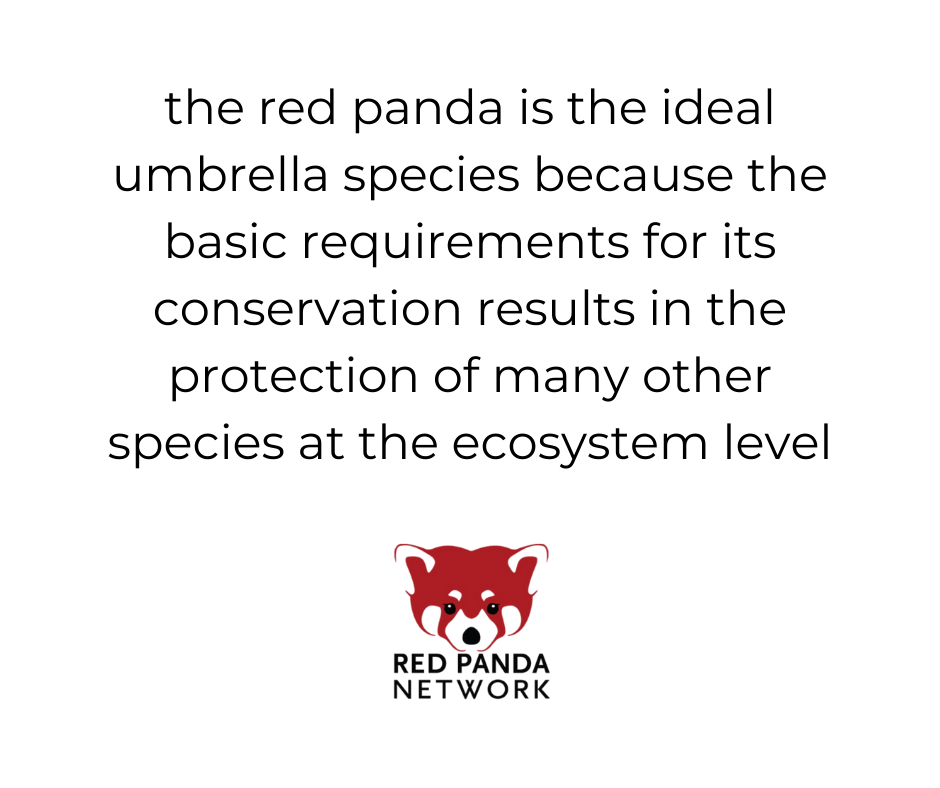 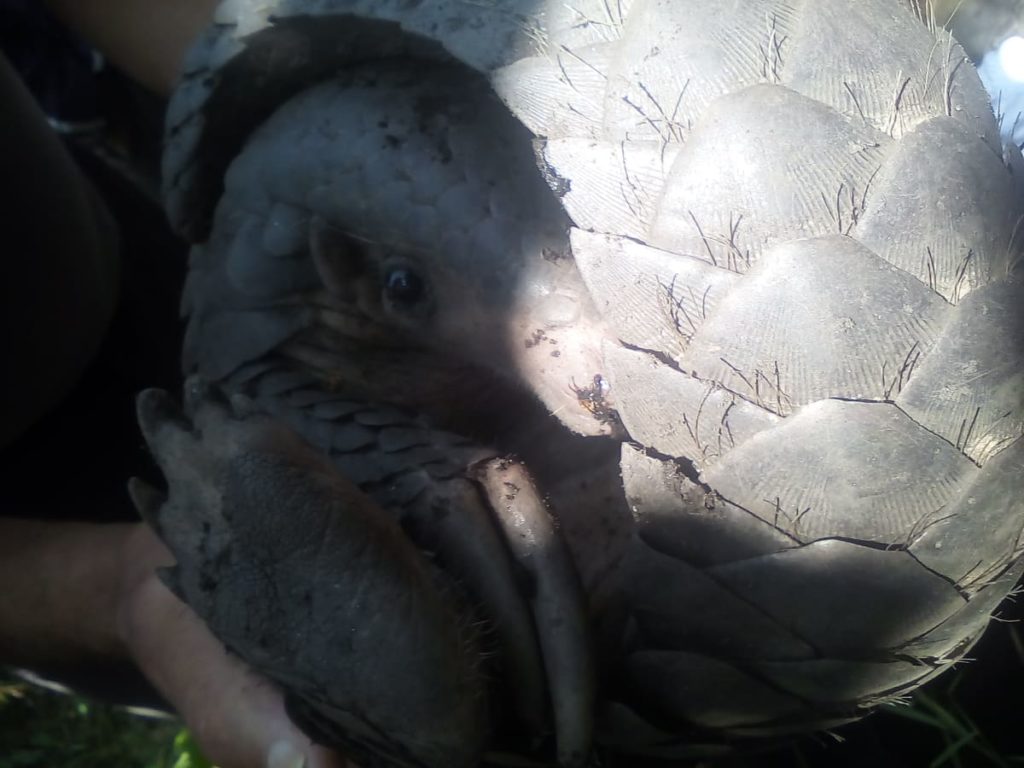 Throughout the 20th century, conservationists informally used umbrella species to outline the size and boundaries of wildlife reserves, and the formal idea that one species could be used to protect others within its range didn’t take hold until the 1980s and 1990s, according to Tim Caro, a behavioral/evolutionary ecologist and conservation biologist at UC Davis. Caro has written extensively about the umbrella-species concept.

Recently, ecologists have begun to re-evaluate this theory. A 2018 study found that conservation interventions in Wyoming on behalf of the greater sage-grouse negatively impacted two other birds in the area, the Brewer’s sparrow and the sage thrasher.

In their paper looking at the usefulness of the umbrella species as a conservation tool, Jean-Michel Roberge and Per Angelstam concluded that some multi-species approaches, ones that included a “dream team” of focal species and took into account a variety of habitat needs and terrain characteristics, used in conjunction with other conservation methods could be the most actionable.

Carefully selecting that “dream team” is key to efficiently and cost-effectively preventing the extinction of threatened species, as the authors of a November 2019 study discovered. Researchers from the University of Queensland and various conservation groups compared the Australian federal government’s list of animals prioritized for conservation funding to the list of animals whose management their investigation found had most benefited other species within their ranges.

They determined that the Australian government could increase the protection of threatened terrestrial plants and animals from 6% to 46% by choosing more efficient umbrella species, such as the purple clover and the koala. 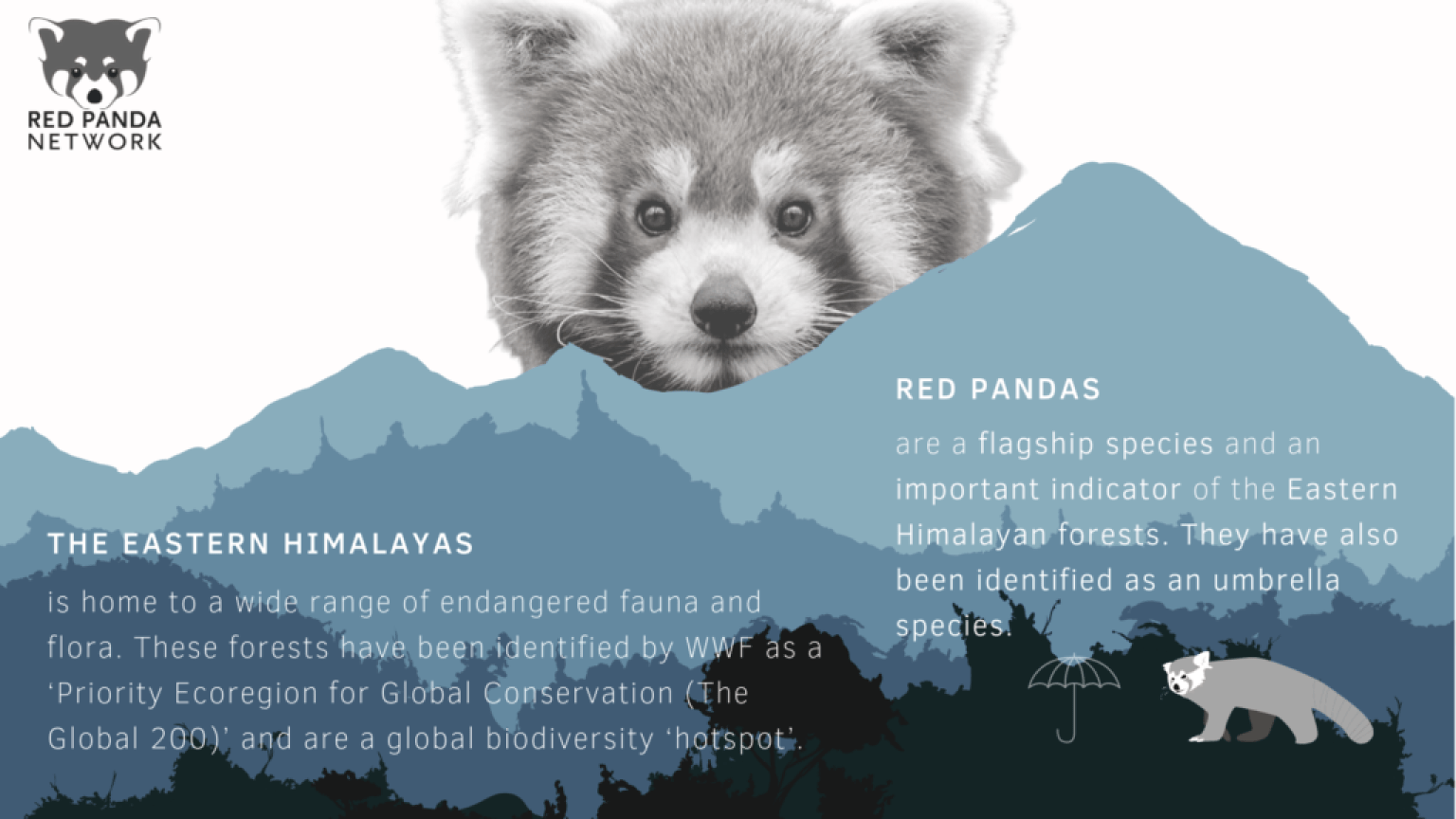 In the PIT corridor, the red panda is the ideal umbrella species because the basic requirements for its conservation results in the protection of many other species at the ecosystem level, said Sonam Tashi Lama, RPN’s Program Coordinator.

“The red pandas can't survive well in a fragmented habitat and require large intact temperate broad-leaved forests, which provide a home to the many other co-occurring species in the region,” Lama said. “The red pandas are the only species for the PIT corridor that could drive the attention of the conservation community and grab the sentiments of the local communities to conservation and help to bring the umbrella effect for the conservation of the ecological community in a landscape level.”

Want to help RPN continue its mission to build a protected forest for a “dream team” of species and their captain, the red panda? Learn more about the project here, and when you’re ready to pitch in, visit us here. 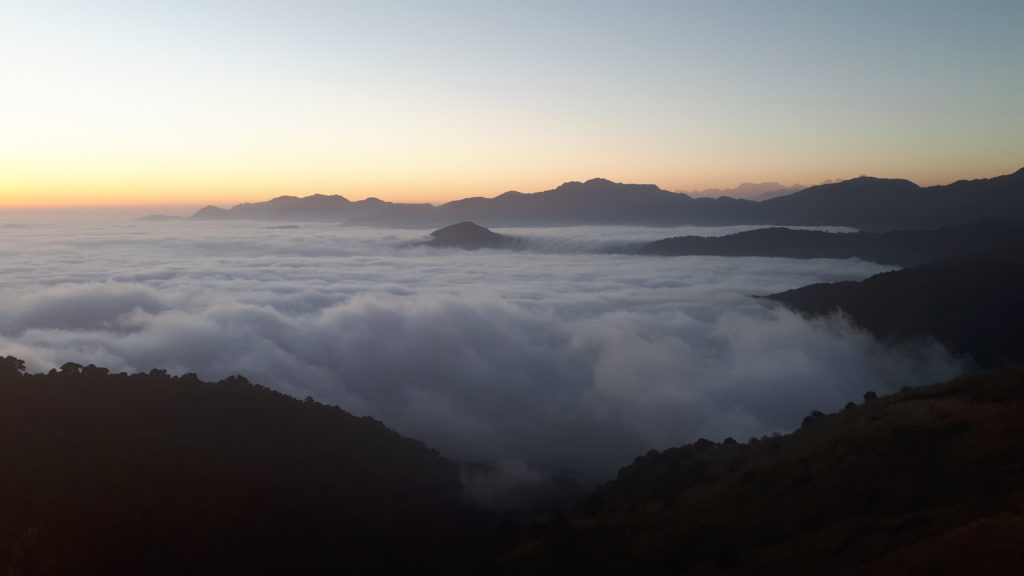 Clouds moving in over PIT corridor. Photo by Sarah Jones.