The first female Forest Guardian breaks through cultural barriers and inspires women all over the world as a conservation hero to all.

“I’ll do whatever it takes to protect Red Pandas.”

Menuka Bhattarai says this in Gunjan Menon’s award-winning film, The Firefox Guardian, and I believe her.

As I watch this remarkable film for the dozenth time or so, I am once again filled with emotion and awe. Menuka’s connection with the endangered red panda and her determination to save them — despite the adversity she has faced as a woman in Nepal — is soul-stirring. And I can see that my daughter feels it too.

Emerson or “Emmy”, my nearly-six-year-old daughter, saw the film for the first time at Red Panda Network (RPN)’s Red Panda Mini Film Festival in Eugene, Oregon in April of 2018. After that, Emmy was hooked and her sweet and tiny voice would regularly make requests like “Can we watch the movie about Menuka?”

“Of course we can”, was the response I wanted to have every time she asked because let’s face it, is there a better person for my Emmy to look up to than Menuka? Having been a father for nearly six years, I can confidently say, ‘no, there isn’t.’ 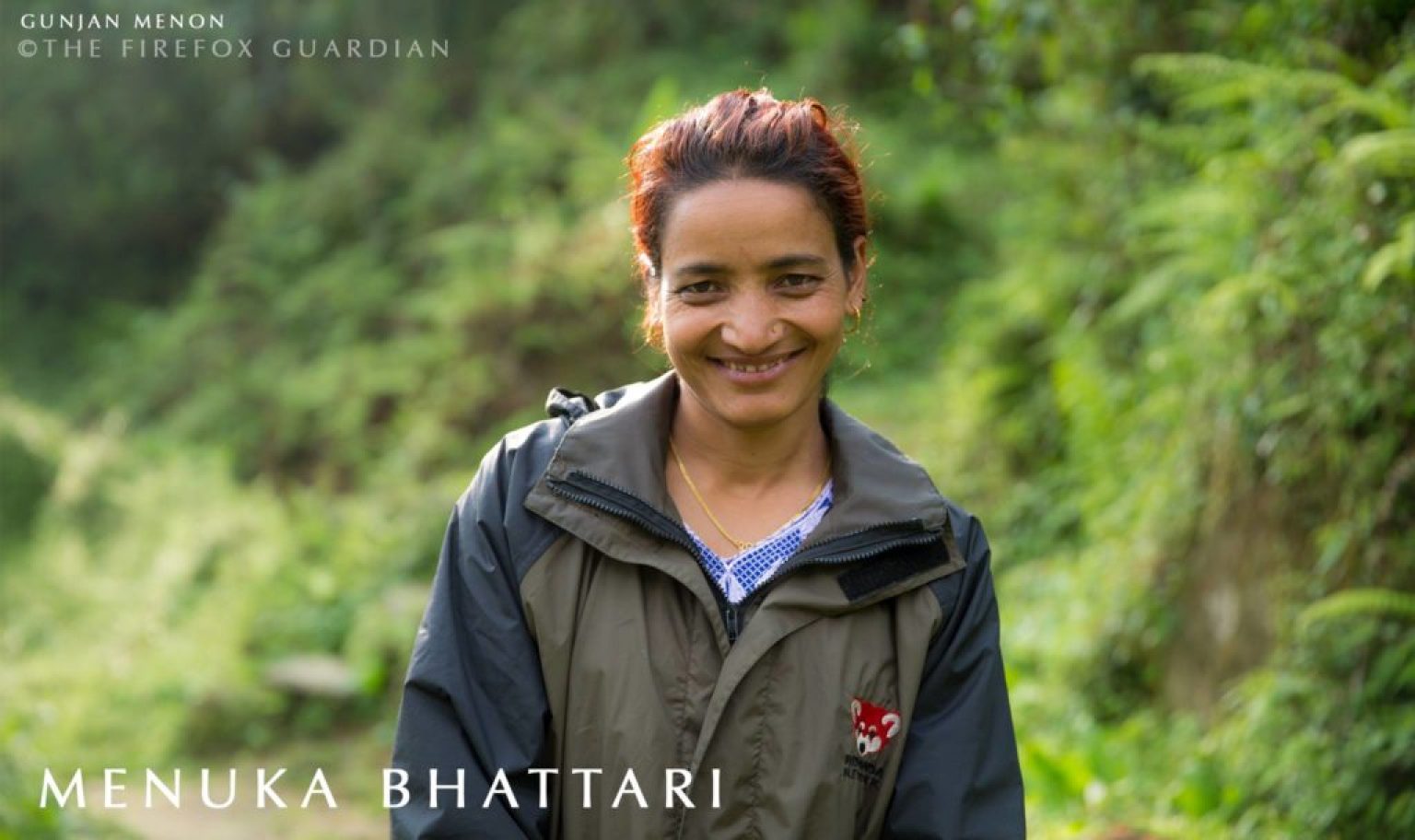 While reading (and writing) the article I couldn’t help but notice the differences between Menuka’s life and Emmy’s. Menuka grew up in rural Nepal while the location of Emmy’s childhood is in semi-rural Oregon. While women in the United States are more likely than men to face obstacles to their chosen career paths, it is probably not on the same level of oppression that Menuka has experienced.

“They want all women to work at home. They did not believe I could be a successful Forest Guardian just because I’m a woman,” Menuka shares in The Firefox Guardian film.

When I would read the subtitles to Emmy, we would often share a solemn look during this scene. She understood how tragic this reality is, as well as how incredible Menuka is for pursuing her dreams despite these obstacles.

One of my gifts to Emmy on Christmas of 2018 was a framed photograph of Menuka. Her reaction was unforgettable.

Emmy with her Christmas present.

I took a photo of Emmy holding the photograph of Menuka and emailed it to Gunjan (the creator of The Firefox Guardian) and her reaction too was heartwarming:

“Thank you so much for sharing this precious story!!!!!! It made my day. I'm so so touched and happy to read it. So beautiful that Menuka is inspiring little girls...I'm sure she'll [Emmy] grow up to be a strong ambassador for wildlife.”

I also sent the photo of Emmy with the photo of Menuka to RPN’s team in Nepal and they had the same encouraging response. I asked if they could share the photo with Menuka and they said they would happily frame and send this photo to her.

Menuka lives in the remote and rural village of Phawakhola in Taplejung district, the most eastern part of our project area in Nepal. I wasn’t sure exactly how long the trip was from Kathmandu to Phawakhola but I was confident it wasn’t short, nor easy. But only weeks later I received this photo from our Program Coordinator, Sonam Tashi Lama: 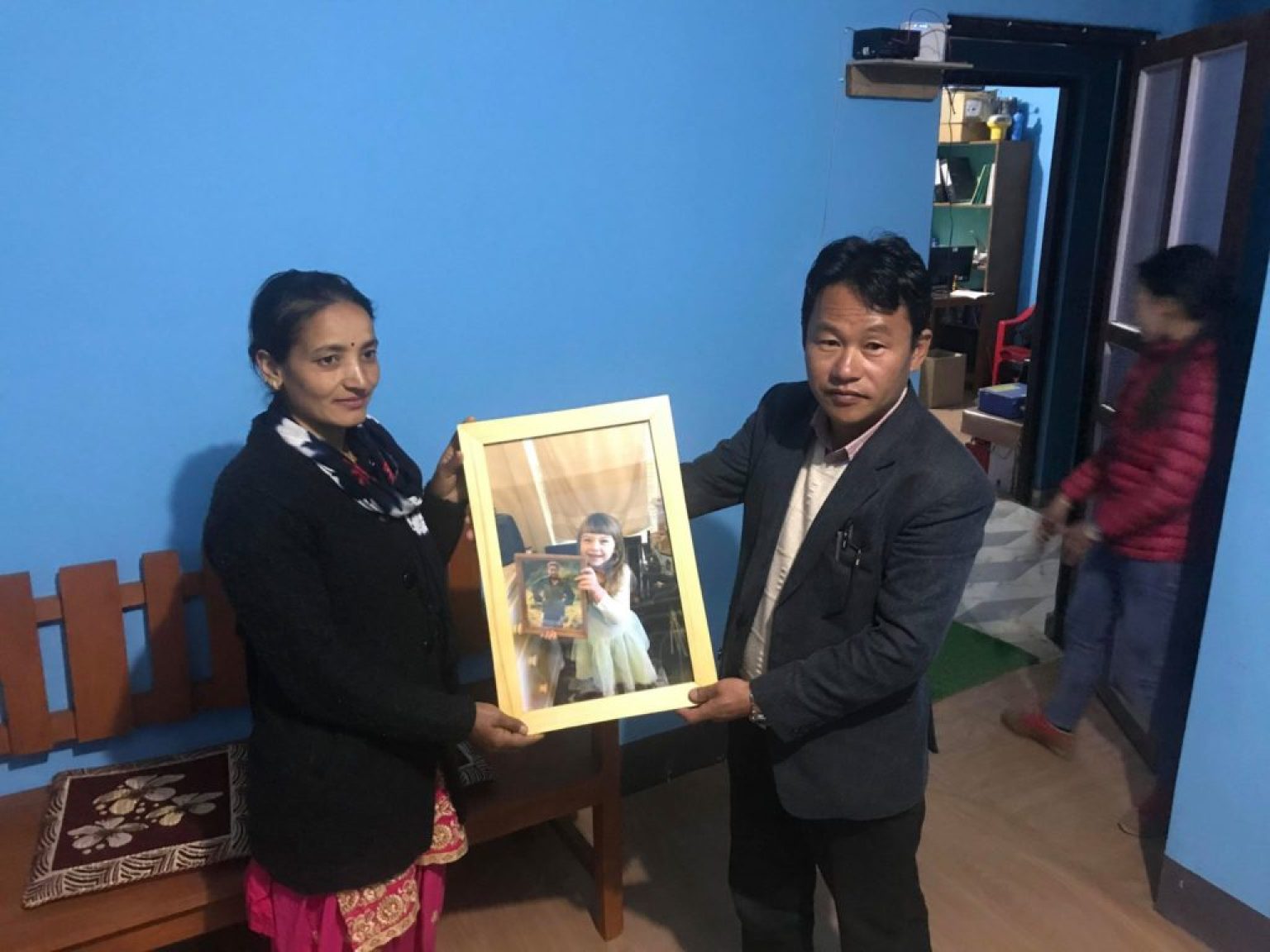 A video of Menuka holding the photo was included in the email from Sonam who translated Menuka’s message to Emmy:

“Nameste Emmy! I received the photo you sent. Thank you very much for sending this. I hope to see you in the future.”

When I first became aware of The Firefox Guardian, I learned that Gunjan was initially inspired by the article The Changing Role of Women in Red Panda Conservation, written by RPN volunteer, Shane Downing, in October of 2016. I immediately shared this with Shane who replied:

“This made my day. Thank you so much for sharing. I'm happy that Gunjan is working on this project and can't wait to see the final product.

I'm tearing up over here.”

Menuka (L) and Gunjan (R) during filming of The Firefox Guardian.

Gunjan reached out to me in July of 2019 and asked if she could share the photo of Emmy holding the photo of Menuka, “It's just endearing to see little girls getting inspired and means so much to me!” Of course, I consented.

To me, this story is about how we can inspire each other when we are answering the same call-to-action. How deeply unifying and fulfilling this connection can be. When Menuka defied the odds and became a wildlife warrior for red pandas, her passion and courage rippled throughout the world for women to see that not only anything is possible, but there is an unbelievable — evidently cosmic — network of people all over the world ready to support you and be inspired by you.

Gunjan calls her film ‘a conservation love story’ and I couldn’t agree more. I believe the cosmic side of all of these events is love. A shared love for the same creature which fuels our collective insistence, despite the obstacles, to have red pandas remain on our planet.

“I still feel the same love every time I see a red panda”, Menuka says in The Firefox Guardian, teary-eyed, after discovering a young red panda she’d been traversing the Himalayan foothills in search of throughout the film.

As I write this, tears are welling up in my eyes, because I believe her, and I know Emmy feels the same way.