Red Panda Network (RPN) is expanding community conservation programs to Western Nepal. The mountain forests located outside of protected areas in this region constitute more than half of the habitat available to red pandas in Nepal. The Jumla, Jajarkot and Kalikot districts, in particular, have red panda habitat fragmented into many small patches, which are unlikely to support a viable population if connectivity is not maintained. Therefore, protecting this region must be a priority to ensure the survival of red pandas in the long run.

Due to the importance of these districts, RPN has undertaken environmental awareness campaigns, outreach activities and workshops in each one to increase the public’s understanding of the plight of red pandas and the need for conservation in the region. Red pandas not only indicate the ecological health of their geographic range but also serve as an umbrella species, meaning that efforts to protect them indirectly protect other animals, such as Himalayan black bears, clouded leopards and Asiatic wild dogs, that share their home.

Prior to RPN’s arrival, the districts lacked any conservation programs, and the people didn’t have much education about red pandas. This lack of awareness has had dire consequences. The situation is especially grim in the entire western region, where red panda poaching and trafficking have increased at an alarming rate. Between 2013 and 2016, authorities confiscated 70 red panda hides. In addition, according to the Wildlife Crime Control Bureau of Nepal Police, 90% of cases related to wildlife poaching and trafficking go unreported.

While challenges such as these remain, we’ve managed to accomplish a lot, starting with our project inception activities, which included the distribution of posters and pamphlets as well as the showing of the documentary “The Forgotten Panda.” Attendees included elected officials, journalists and NGOs. 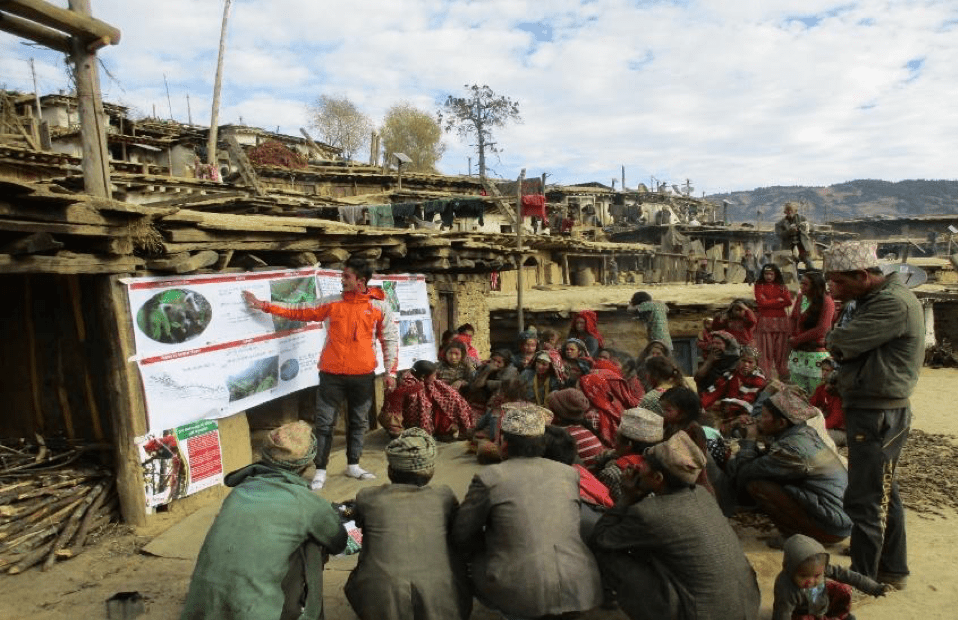 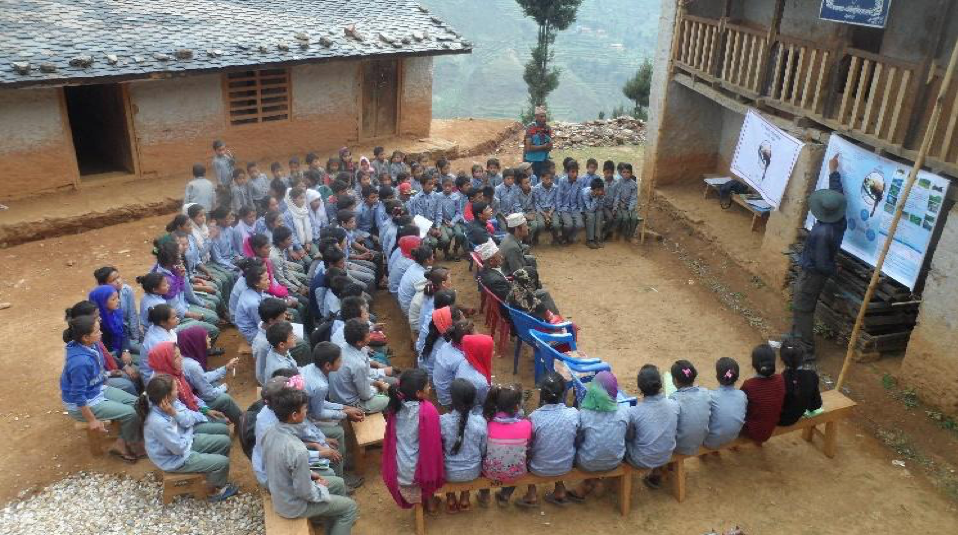 In addition, we organized eight consultation and sharing workshops in Jumla and Jajarkot districts and four in Kalikot district with the goal of informing the public about the status and distribution of red pandas and the threats to their survival as well as the role red pandas play in local ecology.

We were also successful in raising awareness among young people in the region. Students in five schools celebrated Environment Day by participating in essay-writing contests and public speaking competitions. In March and April of this year, more than 1,000 students from 18 schools in the three districts participated in education and outreach events. This project is ongoing.

Much of what we do in Western Nepal involves empowering the locals with the knowledge and skills they need to help carry out conservation work. To that end, we organized a two-day training workshop on red panda surveying and monitoring techniques. Mid-Western University School of Sciences and Technology (SOST) students, government officials and representatives of 12 NGOs learned GPS handling, local language and customs, and mapping and reporting methods, among other skills.

RPN will continue to monitor red panda habitat through the establishment of 15 monitoring blocks in five Community Forests in Jumla and Jajarkot districts. Community Forest User Groups (CFUGs) helped select 10 local people to be recruited as Forest Guardians. We then trained these individuals in red panda monitoring, GPS use and data collection. 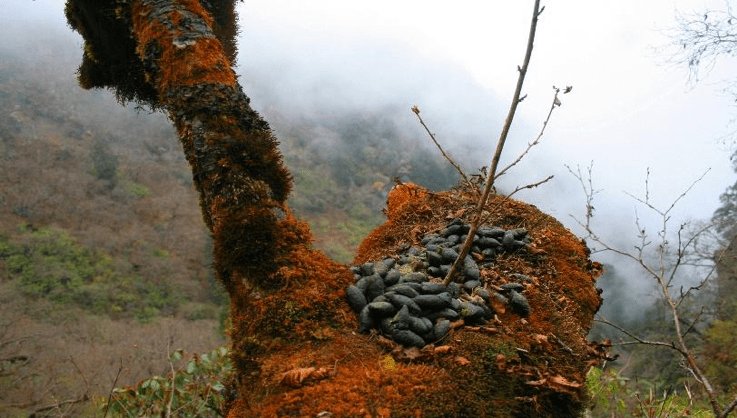 In addition, RPN has conducted several surveys, including a survey to determine the extent of red panda presence in each of the three districts as well as a survey on socioeconomic status and environmental awareness. More than 350 people participated in the socioeconomic/awareness survey.

To help keep red panda conservation at the forefront of locals’ minds, we created and set up bulletin boards in key locations within each district. We hope that the boards, which display red panda and environmental conservation messages, will help promote local conservation initiatives as well as ecotourism. 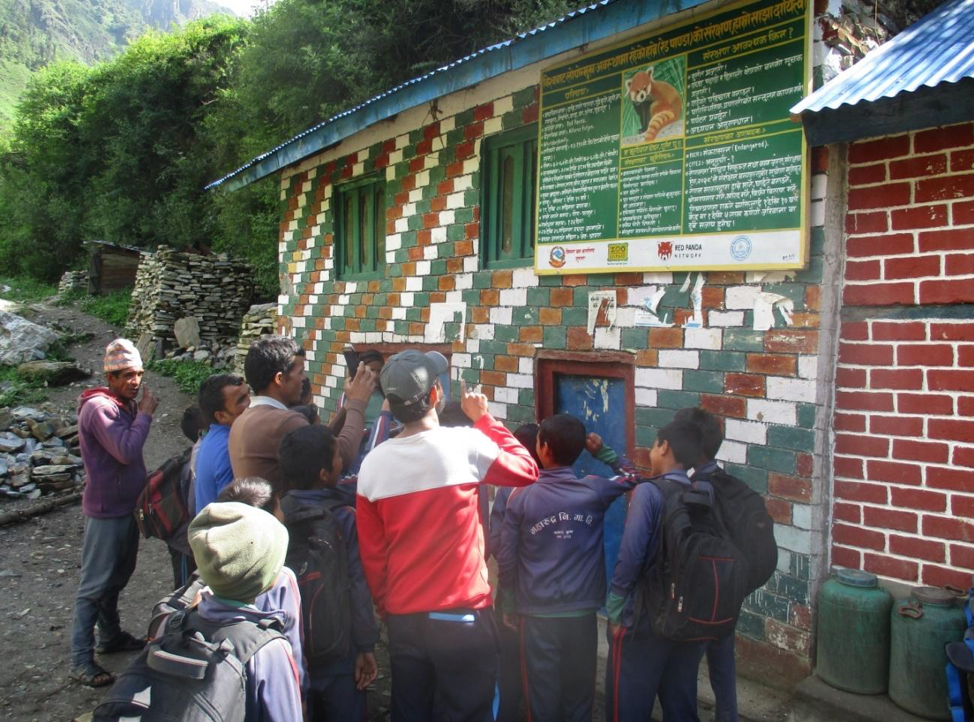 Young people will also be instrumental in keeping the message alive. RPN has formed and supported eco-clubs in all three districts. Students who are enthusiastic about red panda conservation and biodiversity are welcome to participate. We have hired a professional columnist to train students in writing bulletin publications. The students not only will develop writing and creative thinking skills but also help educate the public about environmental issues.

RPN understands that an environmental message is best taken on a full stomach. To support local livelihoods, we worked with the community as well as Divisional Forest Offices (DFOs) and CFUGs to distribute saplings suitable to meet residents’ needs. We distributed the trees in Jumla and Kalikot districts. 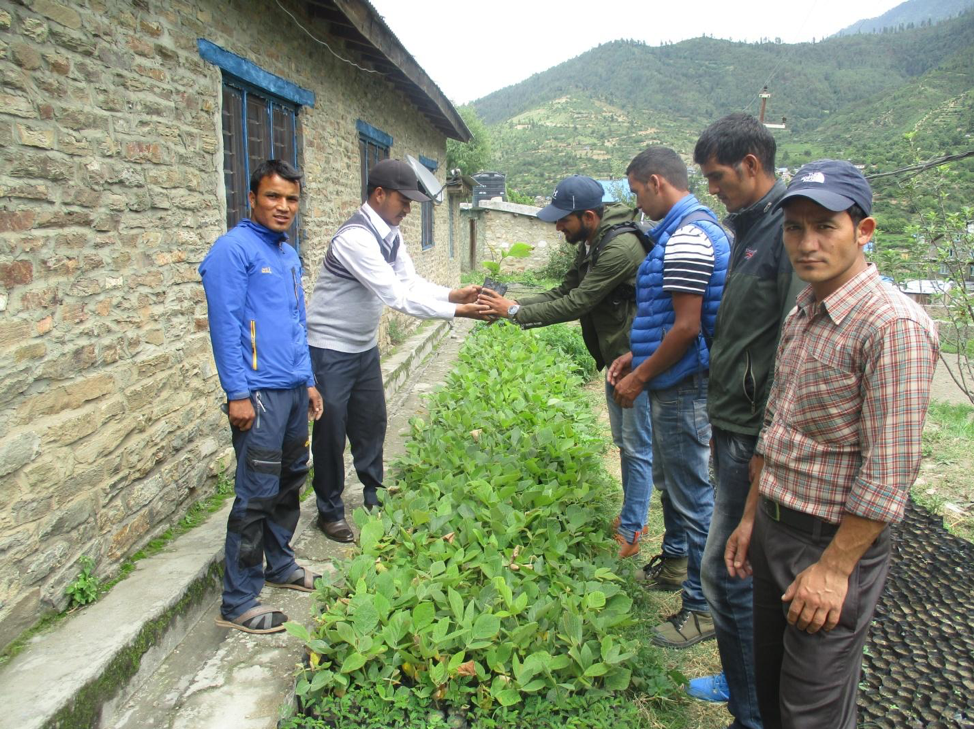 Seedlings being distributed in Western Nepal.