Sonam has been with Red Panda Network (RPN) since, well, the beginning. In 2006, he was hired as a Community Coordinator in eastern Nepal's Ilam and Panchthar districts. He is now the Program Coordinator as part of RPN's Asia team who been has behind many critical conservation initiatives including Nepal’s first red panda GPS collar study (photo above of Sonam carrying a red panda is from collar study), the first photographic evidence of a Bengal tiger in eastern Nepal's red panda habitat, and collaborating with Dayahang Rai as a celebrity conservation ambassador.

On Wednesday April 27th, 2022, Sonam became a recipient of a Whitley Award from the Whitley Fund for Nature! 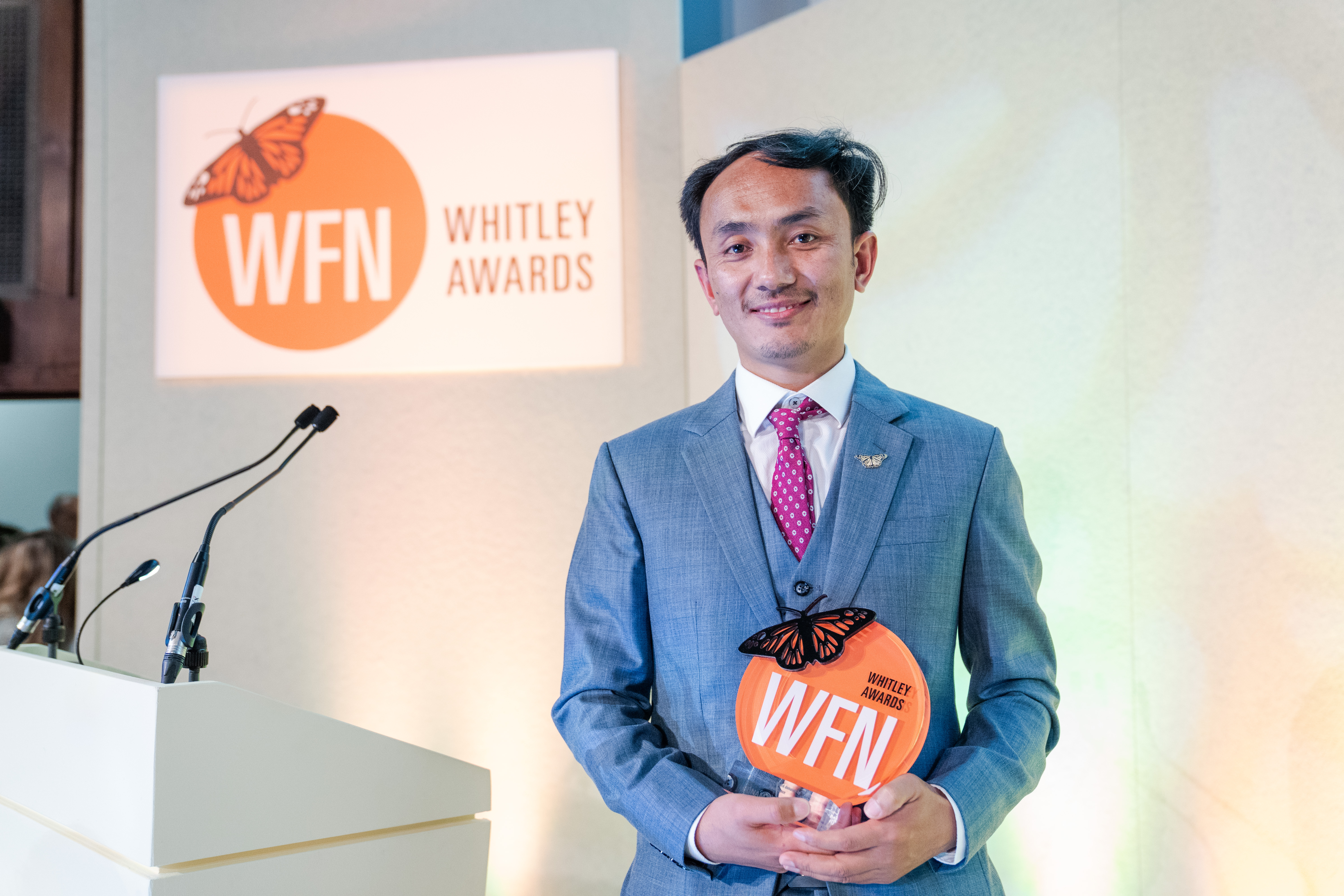 This means RPN will receive £40,000 from the Whitley Fund for Nature in support of RPN's project, "People and Red Pandas: Mutually Beneficial Conservation in the Himalayas", which will be led by Sonam to manage red panda habitat and increase forest patrols in eastern Nepal.

"The goal of the project is red panda conservation - but it is equally important to address the livelihood needs of communities," Sonam shared with the Whitley Fund for Nature.

This project emerged out of the threat of habitat loss and a pandemic-fueled rise in red panda poaching in Nepal. The Covid-19 pandemic has stifled livelihood opportunities in the rural communities of red panda range causing poverty to soar and illegal activities such as red panda poaching to reach an unprecedented level in 2021. Nepal's annual deforestation rates are highly concerning as unprotected forests continue to be cut down for agricultural and settlement conversions. Red panda habitat has been fragmented into 400 small forest patches, making it easy for local people to access and extract resources and wildlife. 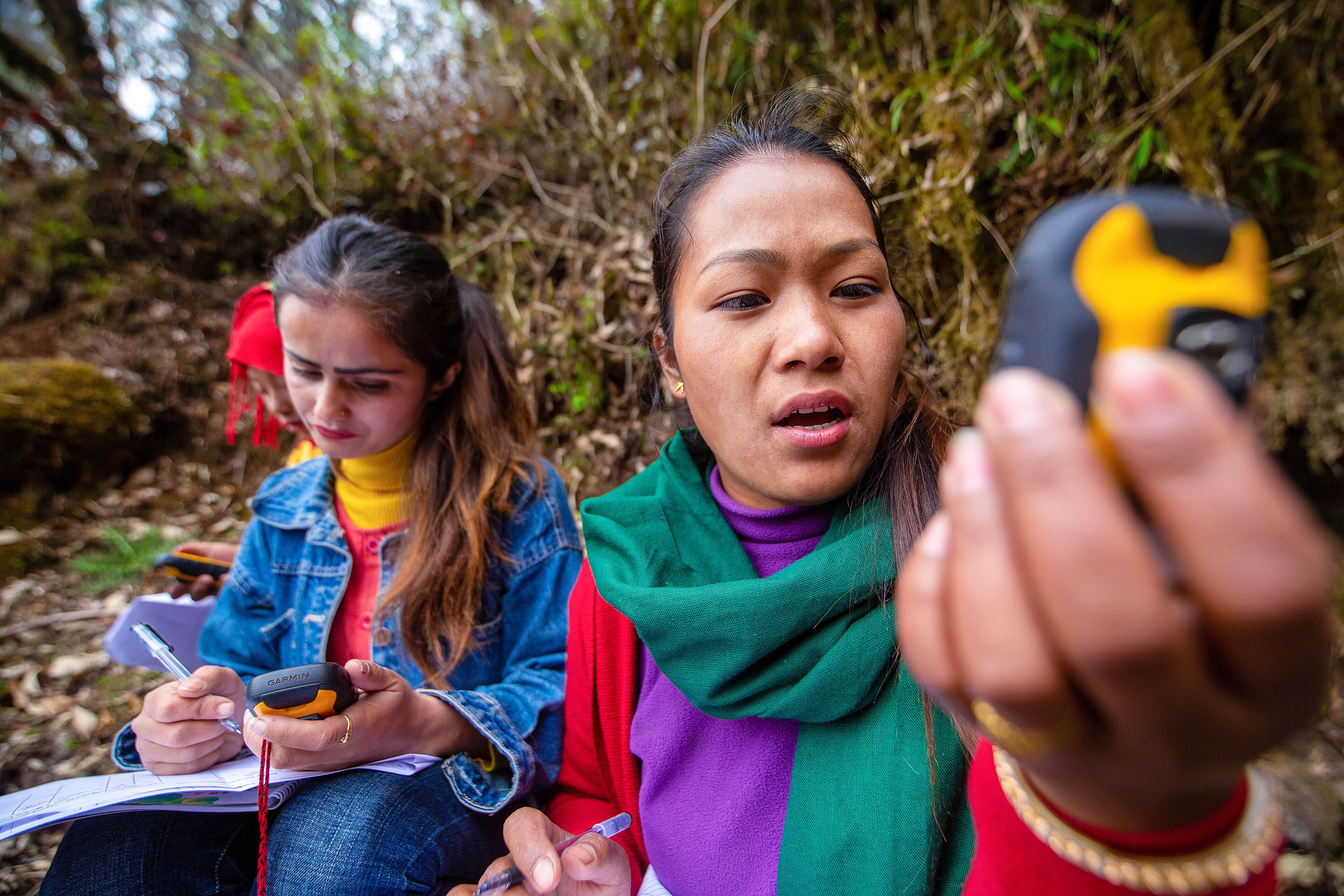 Whitley Awards are world-leading prizes for wildlife conservation. Led by Sonam, this project will: 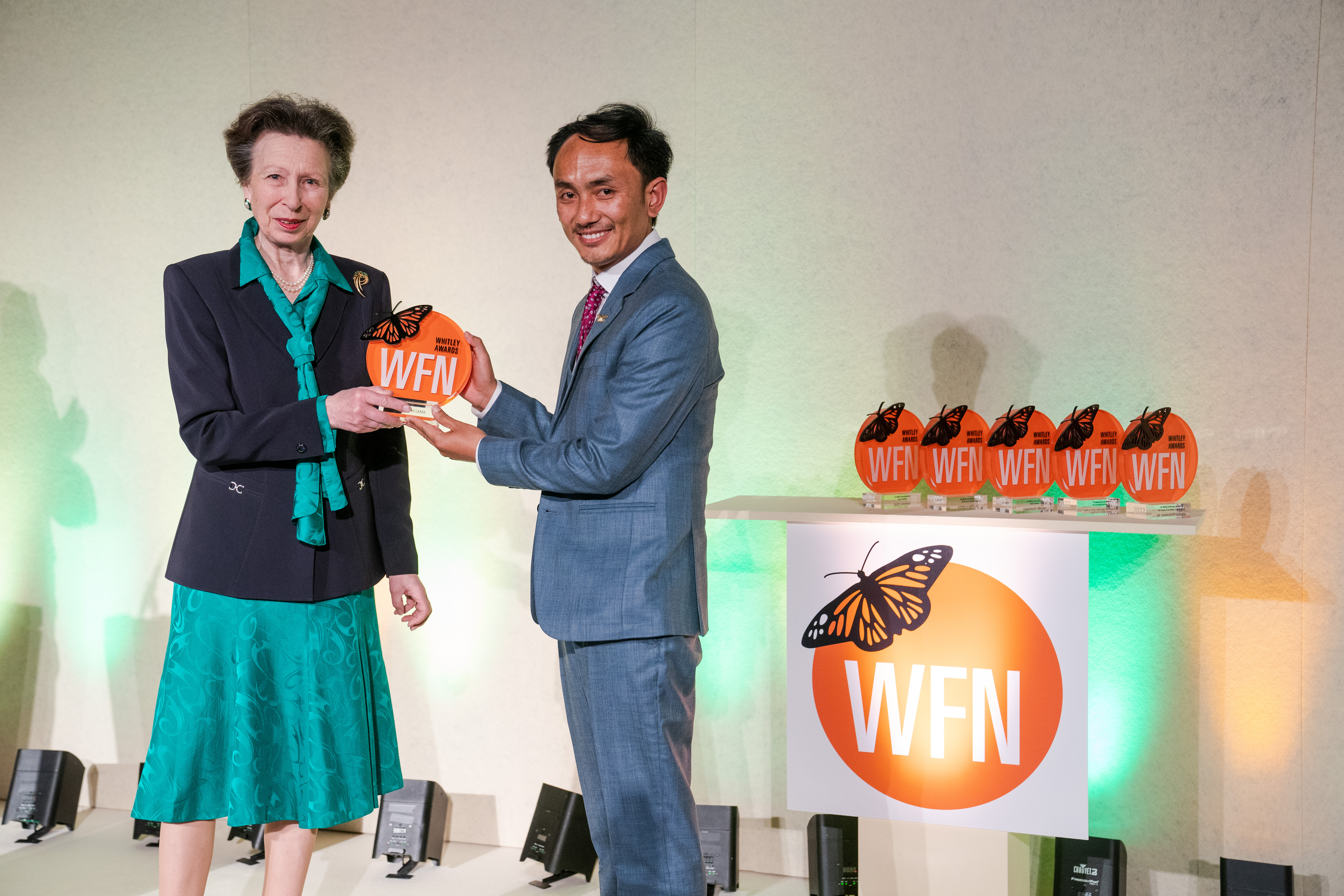 On Wednesday, April 27 Sonam was presented with the Whitley Award by WFN Patron, HRH The Princess Royal!

Please take a moment to watch this film narrated by Sir David Attenborough for the 2022 Whitley Awards!

Thank you, Whitley Fund for Nature, for supporting our community-based mission to save red pandas! We are so grateful for this opportunity and extremely proud of Sonam for being a Whitley Award winner and for his inspiring leadership in red panda conservation. The motivation behind Sonam's passion is clear when he said: "Future generations should have the right to see this charismatic species. I would love my daughter to know about red pandas, wouldn’t you?” 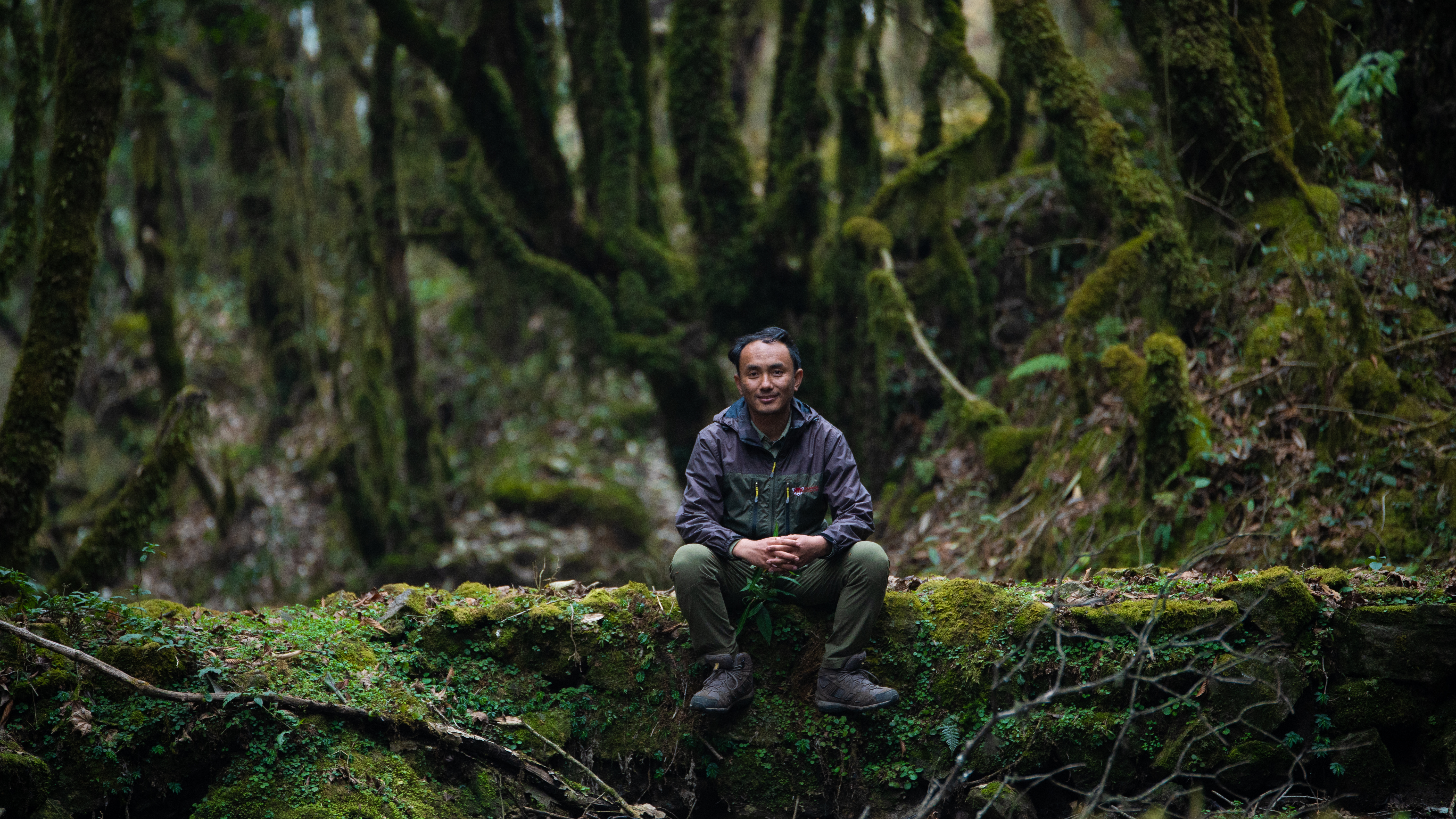 Sonam in the red panda's forest home in eastern Nepal.

Read Findings from the First-Ever Red Panda Collar Study for an update this groundbreaking initiative!