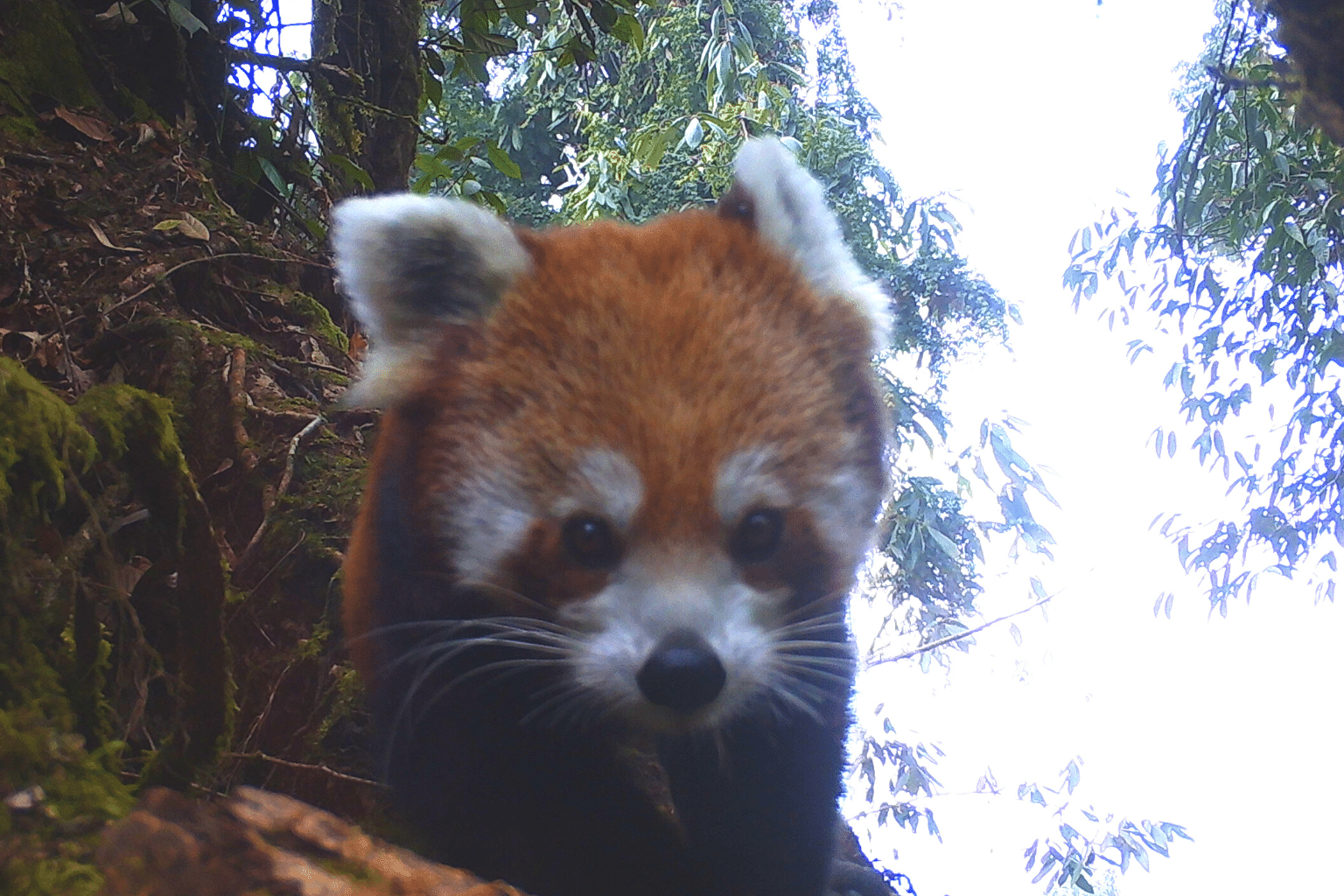 We reforested this important place. Now it is thriving and providing hope for the future of red pandas and the habitat we are restoring now.

Thupten Bhutia is eighty years old. He is from Jaubari Village in Sandakpur Rural Municipality of eastern Nepal’s Ilam district. He has lived here for most of his life and has watched his community change in many ways. But nothing has impacted the lives of Bhutia and his fellow villagers like community-based conservation—

“Red Panda Network has been helping us restore our degraded forests for eight years now; the Jaubari community is very happy that they are here,” Bhutia smiles while sharing this during an interview with Wangchu Bhutia, Project Coordinator for Red Panda Network (RPN). “Wildlife that hasn’t been seen here for years — like Himalayan black bear, red muntjac, leopard and even red panda — are now visiting the reforested habitat.” 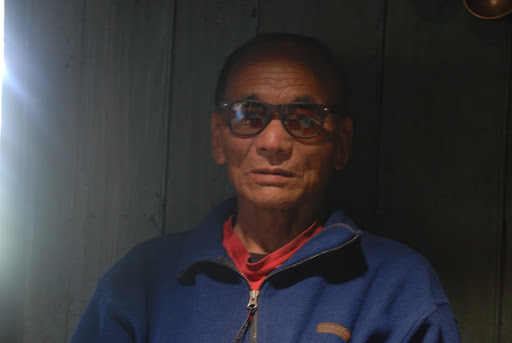 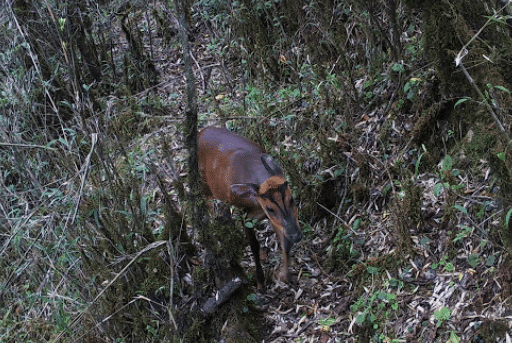 Bhutia is referring to one of RPN’s pioneer reforestation projects in Nepal. We began restoring red panda habitat to counter the country’s perturbing levels of deforestation. The location, Jaubari, was known then to be a significant location for conservation but the RPN team is now aware of how critical the Chitre-Jaubari-Gairibas belt is to the future of red pandas. 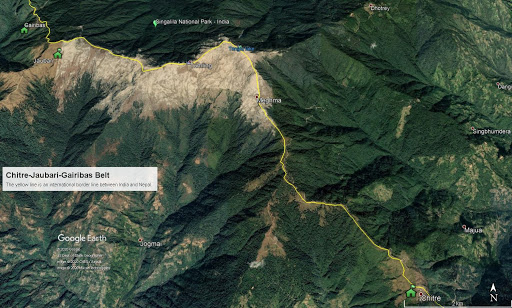 The Chitre-Jaubari-Gairibas belt is an important transboundary location that connects red panda habitats in India and Nepal. The yellow line marks the international border.

In 2016, RPN continued its work in Jaubari by restoring 34 hectares of degraded forest. Ongoing habitat monitoring by Forest Guardians (including a camera trap survey in 2018) shows that red pandas and other endangered wildlife are now thriving in this area.

RPN launched Plant A Red Panda Home (or 'Plant A Home') in Nepal in 2019. This is a campaign to connect fragmented forest through tree planting and habitat restoration. Our goal is to create a continuous biological corridor that is community-protected for red pandas and other threatened wildlife to thrive in.

Since the campaign started, we have planted nearly 50,000 trees in areas that have been identified as core habitat and critical to the survival of the nation’s wild red pandas! 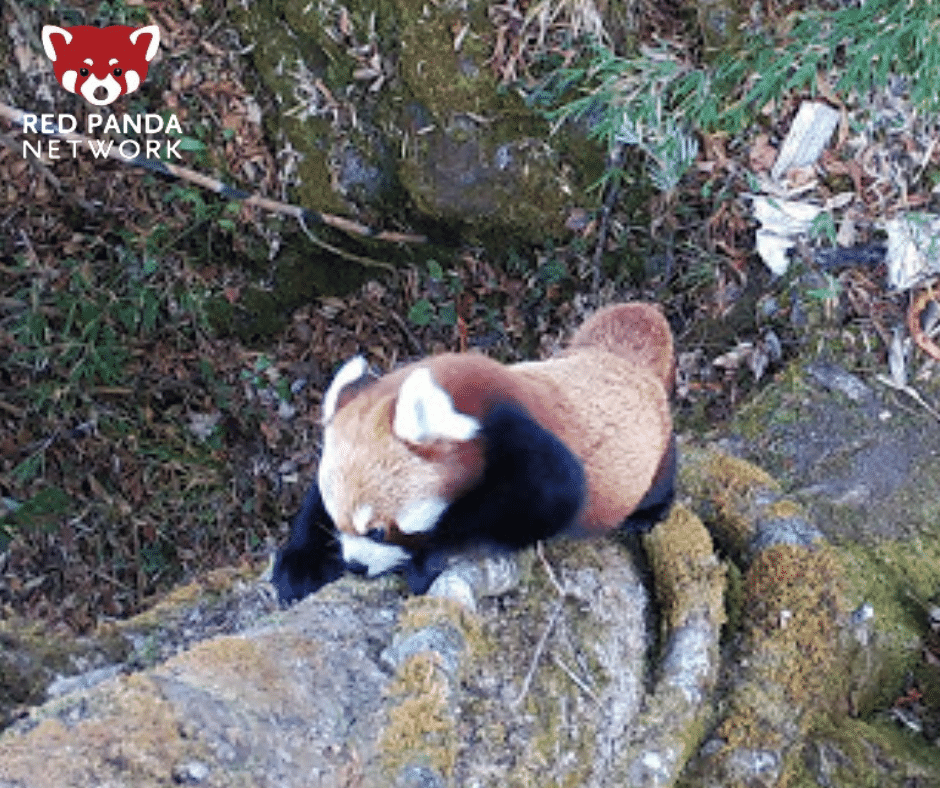 A camera trap photo of a red panda after habitat restoration. © RPN

As you can see — thanks to the support of our donors and conservation partners — there is a lot for us to celebrate. But, of course, there is a reason why we started the Plant A Home campaign: Deforestation is threatening the future of red pandas in Nepal.

In Nepal, forests are disappearing. A total of 33,800 hectares of the nation’s forest cover was lost between 2001 and 2016. Among some of the causes of deforestation and forest degradation are conversions to settlement and agriculture (including slash-and-burn), unsustainable harvest of forest resources, livestock overgrazing, rural road-development, exploitation of bamboo — the temperamental plant that makes up about 95% of a red panda’s diet — and forest fire.

“As a tree-dwelling species, red pandas struggle to survive when forests are fragmented and populations become susceptible to genetic bottleneck,” says Sonam Tashi Lama, RPN’s Program Coordinator. Genetic, or population, bottleneck, is a sharp reduction in the size of a population due to environmental events.

To be continued in Red Pandas Return To Jaubari – Part 2