Red Pandas: Respect for their Roads

Red Panda Network forest guardian Tej Kumar Rai used his cell phone to capture this close-up photo of the adorable red panda, shown here on October 1. He also captured an important phenomenon: the struggle to balance the needs of red pandas for freedom of movement across their habitat range and the needs of local people for road development. 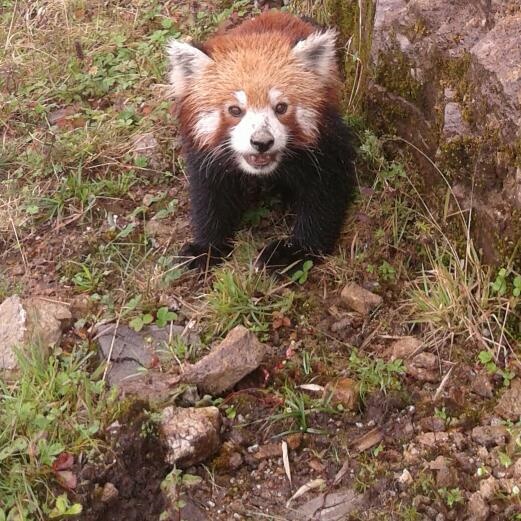 The red panda shown in the photograph was seen near the road of Puspalal (Mid-Hill) Highway that is currently under construction, roughly two kilometers from the forest where he was last photographed by Mr. Rai on May 15. The red panda has traveled, as red pandas will do. Unfortunately, road construction is interfering with his movement by fragmenting his habitat.

In order to understand how road development impacts red panda conservation, one must consider the way red pandas move around in their natural habitat. Red pandas have their own roads, which conservationists refer to as “biological corridors.” Many wildlife species benefit from these corridors, not only red pandas.

A wildlife corridor is typically a non-linear geographic area that evolves naturally, as various species traverse the landscape looking for food, shelter and/or a mate. As seasons change, red pandas hit the road, using the corridor as they migrate to a different habitat. Changes in the habitat, such as vegetation cover (or the lack thereof) and the presence of humans, including unfamiliar noises or odors, will interfere with this migration.

At the top of the food chain, humans naturally pursue convenience and progress. In eastern Nepal, the people are anxious to build new roads for many reasons. The Puspalal Highway runs across the mid-hill region of Nepal, from Chiwabhanjyang in the east to Jhulaghat in the west, spanning approximately 1776 KM and will serve a population of nearly 7 million in 23 districts. Among those 23 districts, one third of the territory is red panda habitat.

The people of this region literally rely on their own backs, as well as on beasts of burden, to transport their food grains from the lowland plains of the Terai region and to sell their cash crops like Cardamom and Chiraito to the local vendors. They must walk miles on foot to access socio-economic and cultural centers including schools, clinics, bazaars and other important destinations. For those in their last stage of life or in need of urgent medical treatment, the only option for transportation is to be carried for miles on someone’s back, so instead, the sick and dying rely on the hand of God. Roads are the vital lifelines of Nepal’s economy. The absence of roads creates significant limitations for rural communities. Highway construction will surely bring many new opportunities into people’s lives, but the environmental impact of the region must also be considered to preserve the biodiversity and wildlife that is also a vital part of the natural environment. Mitigating and preventive measures should be considered in time to destruct fewer habitats of the red panda in these areas.

Historically, in the pursuit of road development, biodiversity and wildlife conservation have not been considered, and not only in Nepal. An article published in Scientific American highlights how the rise in vehicle–wildlife collisions is killing millions of animals across the U.S. each year. The need for thoughtful planning prior to road development is universal.

Red pandas in Nepal are disappearing for many reasons, but first and foremost because their habitat is threatened. Road development is a leading disruptor of wildlife habitat worldwide and Nepal is no exception. That is why Red Panda Network seeks to protect a wildlife corridor that is crucial habitat for 25% of the red pandas in Nepal: the Panchthar-Ilam-Taplejung corridor.

In our efforts to protect red panda habitat, Red Panda Network educates and mobilizes the local community so that the local economy will also benefit from a healthy landscape. In the eastern Himalayas, near the PIT corridor we are trying to protect, virtually all of the local people, including our forest guardians, rely on agricultural farming as their primary source of income. Therefore, Red Panda Network seeks to enhance sustainable livelihood practices through the promotion of eco-tourism, organic farming, improved livestock herding, and alternative energy. 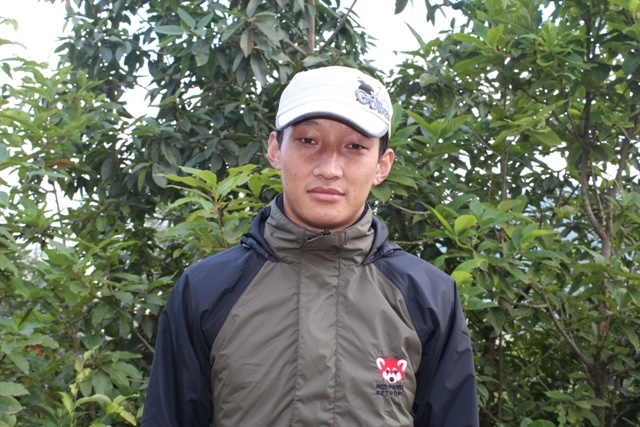 Securing a healthy forest habitat for red pandas will ensure a sustainable forest products industry, as well as healthy ecotourism for future generations. As our forest guardian Tej says: “There are two sides, positive and negative, to everything. When the Puspalal Higway becomes functional, that will also impact the red panda and its habitat both positively and negatively. The good thing is the road will allow our patrolling teams and the forest authority easier access to red panda habitat. Eco-tourism in the region will also grow, which ultimately helps our red panda conservation efforts.”