Red Panda Paintings to Save the Species

Clinger, Slash, and Shredder are red panda brothers who were born at the Smithsonian Conservation Biology Institute in Front Royal, VA on June 26, 2014. They were hand-fed by Smithsonian keepers shortly after their mother, Shama, passed away. On May 14th, 2015 the three panda brothers were relocated to Elmwood Park Zoo (EPZ) in Norristown, Pennsylvania, as part of the American Zoo Association’s Species Survival Plan Program.

Why are these pandas named Clinger, Slash, and Shredder? This is a common question proposed to the Elmwood Park Zoo. Cierra Allen, Zookeeper and Veterinary Technician at EPZ, answers the question for us: “As the cubs were bottle feeding, they clung onto, shredded, and slashed the gloves worn by the Smithsonian keepers, with those great climbing claws that they have!” 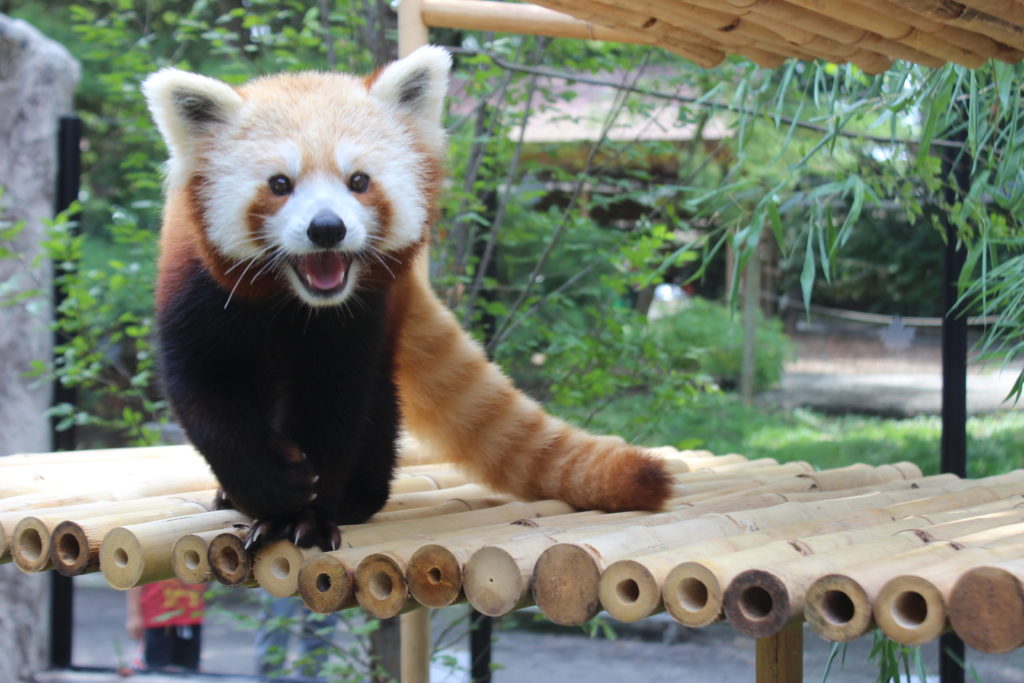 Allen also explained how EPZ keepers are able to tell the brothers apart. “Clinger is the most outgoing of the brothers. He also has the mostly red fur coat. Shredder and Slash both have blonde fur at their hips. Shredder is usually wrestling or hanging out with Clinger. Slash is the shy guy of the group and will usually hide or keep to himself when keepers are in the exhibit. I usually have to tell Shredder and Slash apart by their personalities.”

Elmwood Park Zoo is, without a doubt, committed to the conservation of this planet’s biodiversity. In the past year, the zoo has donated to Titi Conservation Alliance and the Giraffe Conservation Foundation and Elmwood Park Zoo American Association of Zoo Keepers has supported Red Panda Network, Bat Conservation International, Prairie Wildlife Foundation, Lubee Bat Conservancy, and three major wildlife sanctuaries in Africa and Asia through the event Bowling for Rhinos. 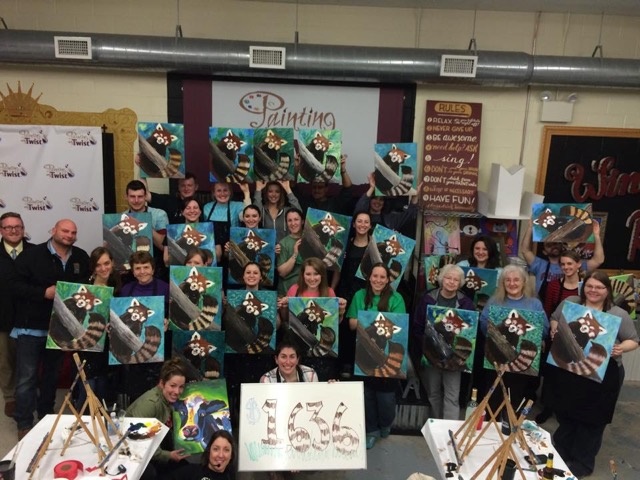 Red panda fundraiser at Painting with a Twist

On March 31, 2015, in honor of Clinger, Slash, and Shredder’s arrival, Elmwood Park Zoo’s Chapter of the American Association of Zookeepers held an event called “Painting for Red Pandas”. They held the event at Painting with a Twist, which is a nationally recognized art studio chain that loves to give back to the community. Each guest at the fundraiser painted a portrait of a red panda.

This was the first time EPZ had ever held a painting event for pandas and the outcome was truly remarkable. They had door prizes, raffles, and auctions (including the digital children’s book, Laloo the Red Panda) and were able to present Red Panda Network with a check for $1,688.00.

Red Panda Network is honored to be the recipient of Elmwood Park Zoo’s hard work and dedication to red panda conservation. Proceeds will go toward our Forest Guardian program in eastern Nepal.