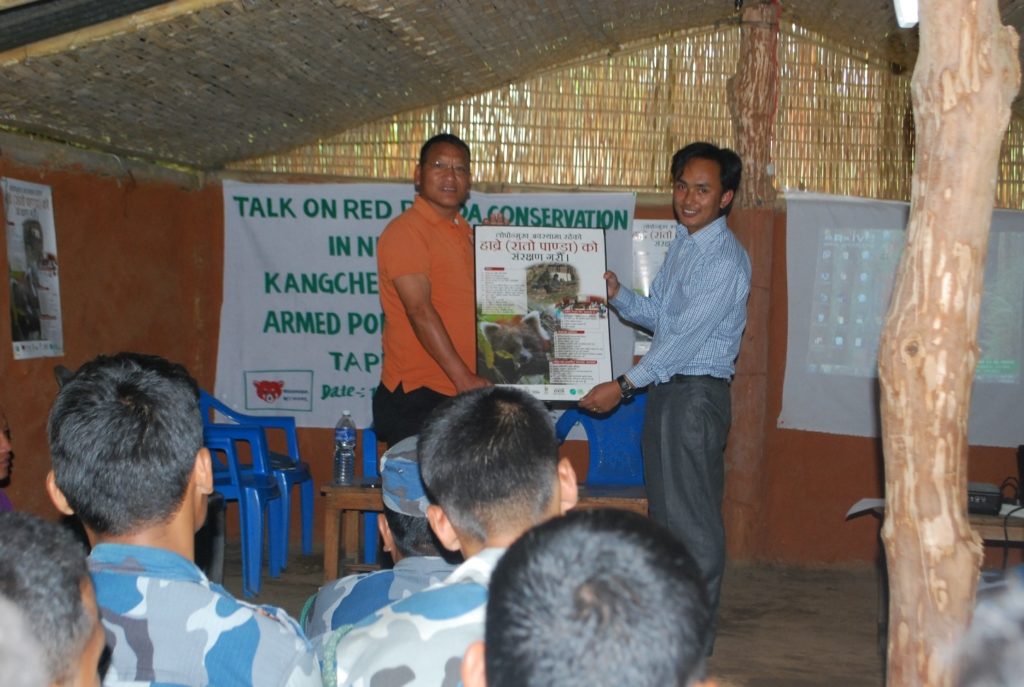 “I was driven to create this event because of the strong link between security forces and conservation and the urgent need to coordinate and act in unison on behalf of red pandas,” said Sonam Tashi Lama, Conservation Coordinator for Red Panda Network. Together with HCF we started something very important for the future of red pandas in eastern Nepal, today.”

The program at the APF barrack lasted for two hours and thirty minutes, and was concluded with a musical performance by the barrack staff. The DSP made a nice thank you speech and presented a formal Thank You note to Red Panda Network and Himali Conservation Forum, acknowledging the link between security and conservation and declaring the need for cooperation and coordination between our work and theirs, in the future. He promised his staff will now take heed of red panda conservation as they patrol the Village Development Committees (VDCs) that are known to have red pandas in Taplejung. 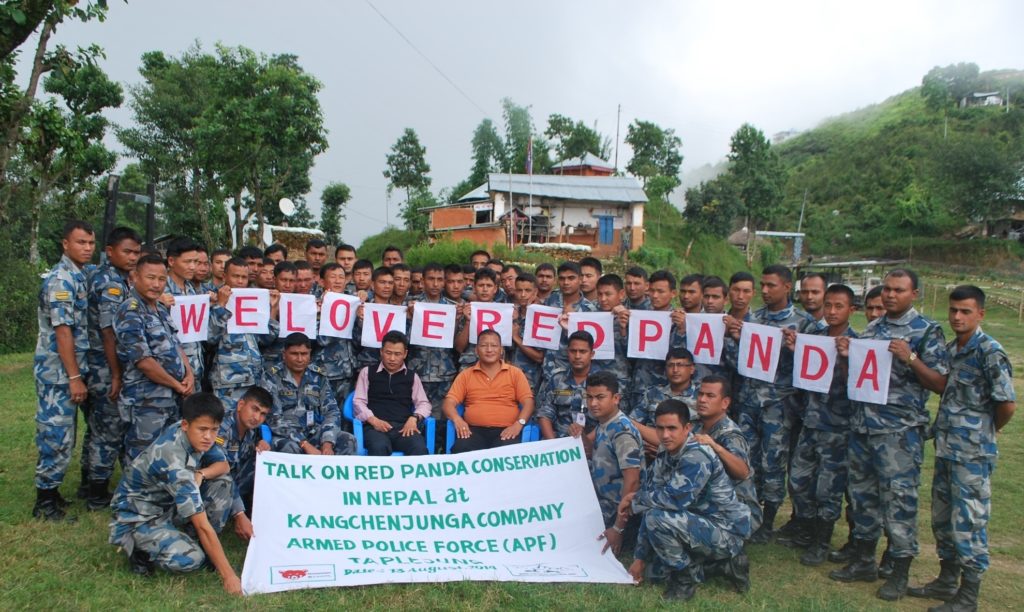