AUTHORITIES HAVE ARRESTED THREE PEOPLE FOR SMUGGLING A RED PANDA HIDE IN NALGAD MUNICIPALITY IN JAJARKOT, ONE OF THE MOST REMOTE AND MOUNTAINOUS DISTRICTS IN NEPAL. ACTING ON A TIP, JAJARKOT POLICE ARRESTED GANESH SUNAR, 25, AND YUBARAJ B.K., 24, FOR POSSESSION OF A RED PANDA SKIN.

About 5 months ago, the police had received information about the possible smuggling of wildlife parts of the white-rumped vulture and red panda, along with medicinal herbs and drugs from the district. This resulted in the police team in Jajarkot, led by Deputy Superintendent, Rabindra Bahadur Singh, making the arrest in the first week of January. A day after Ganesh and Yubaraj’s arrest, a third person named Dipak from Dolpa district was arrested in association with the illegal trade. 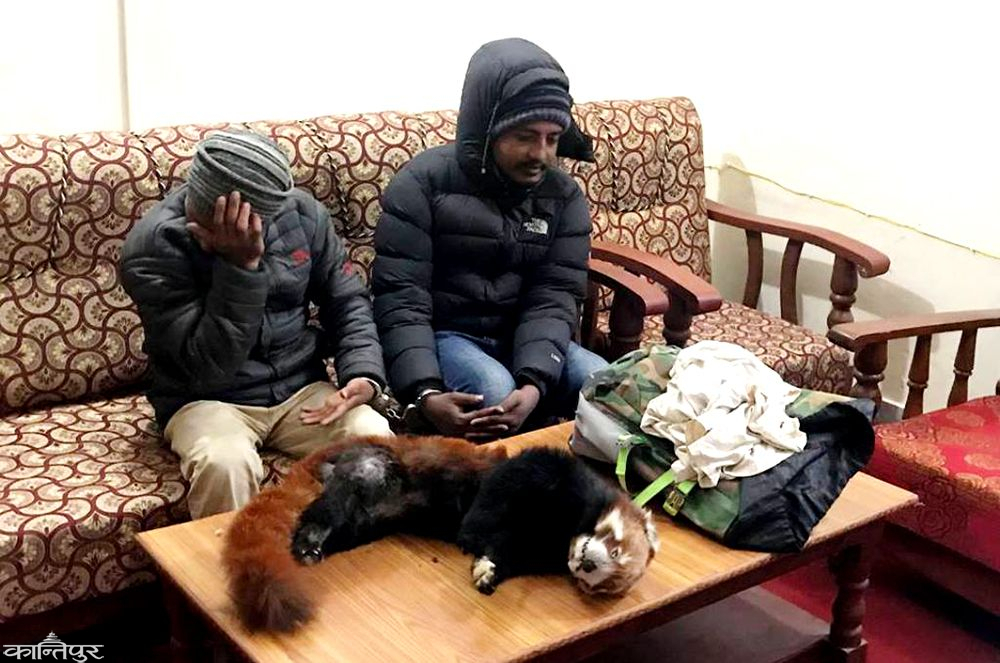 Ganesh Sunar and Yubaraj B.K. arrested for possession of a red panda skin.

“The duo was arrested at around midnight from a hotel room. This is the first case of red panda hide seizure in Jajarkot ,” said Singh. Once Ganesh and Yubaraj were arrested, they revealed that Dipak was who asked them to carry the skin to Jajarkot where another unknown person would come and collect it. All three arrested men were sent to the Divisional Forest Office (DFO) for further investigation.

According to Singh, Jajarkot—and neighboring Kalikot district—are being used as a major transit hub for illegal wildlife trade, medicinal herbs, and logging. There are a host of reasons for this: ranging from the remote location of red panda habitat, poverty and lack of red panda awareness among local communities, and weak regulation and enforcement. In addition, the expansion and construction of a rural road network, is facilitating the illegal trade of wildlife and medicinal plants among these mountainous and remote locations.

The supply and demand that fuels a growing illegal red panda trade is still a mystery to police and forest officials.
“It’s not clear where the skin came from and where it was headed. An investigation is underway and we are planning to file a case against them in court within a week,” said Purna Dhakal, investigation officer from DFO, Jajarkot.

Red panda is protected under the National Parks and Wildlife Conservation Act (NPWCA) and is listed in Appendix I of the Convention on International Trade in Endangered Species of Wild Flora and Fauna. As per NPWCA 1973, anyone involved in poaching and trading of protected species is liable to up to a 15-year jail term and a fine not exceeding Rs 1,000,000 or both. 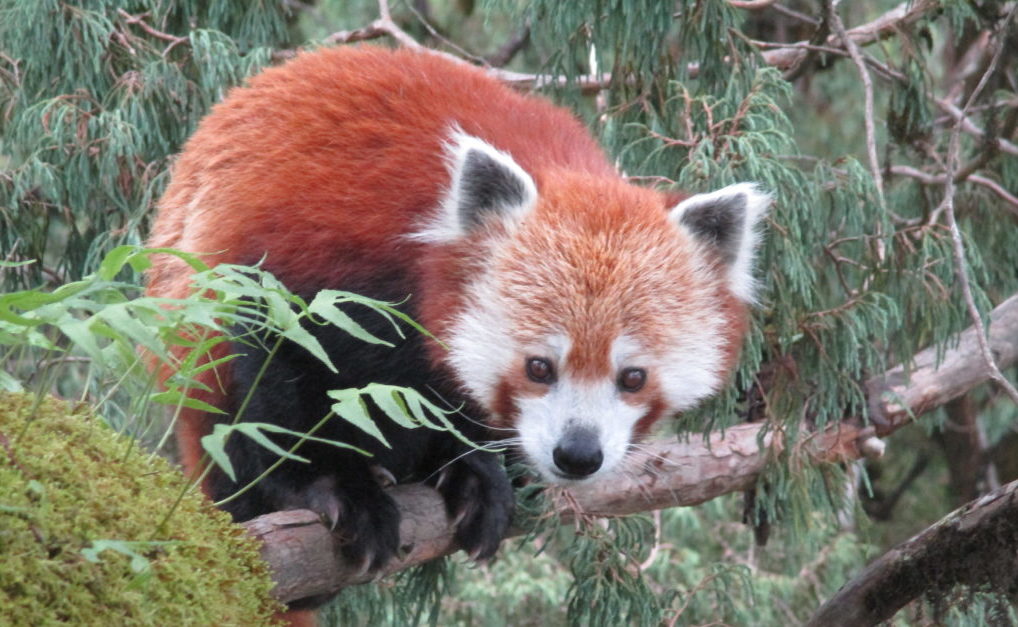 In an effort to address threats to red pandas in Western Nepal, RPN has been implementing a community-based red panda conservation project in Jumla, Jajarkot and Kalikot districts since November of 2017. One of the priorities of the three-year project is to stop the illegal red panda trade. RPN organized two wildlife crime control trainings which kicked off the largest and most comprehensive effort to stop the illegal red panda trade in Nepal.

The training included local stakeholders’ Nepal Police, DFOs, Community Forest Users Groups, and Forest Guardians. Students of the region are also being engaged through eco-clubs. RPN Forest Guardians raise awareness of red pandas and the importance of their conservation among their communities. They also monitor red panda habitat and report illegal activity to local authorities.

“Poaching of wildlife is rife in Kalikot and Jajarkot districts,” said Saroj Shrestha, RPN’s Project Coordinator in Western Nepal, adding, “Poverty is widespread in these areas where the majority of young people—particularly males—are migrating for work to India. To address these problems, we need to focus on offering alternative livelihood options”.