Red Panda Network was lucky enough to host Miss Nepal-UK, the lovely Gaumaya Gurung, on one of our red panda ecotrips recently, thanks to our friend and blogger, Lex Limbu. We invited Guamaya to talk about her red panda sighting and ecotourism experience in her own words. Here is her story! 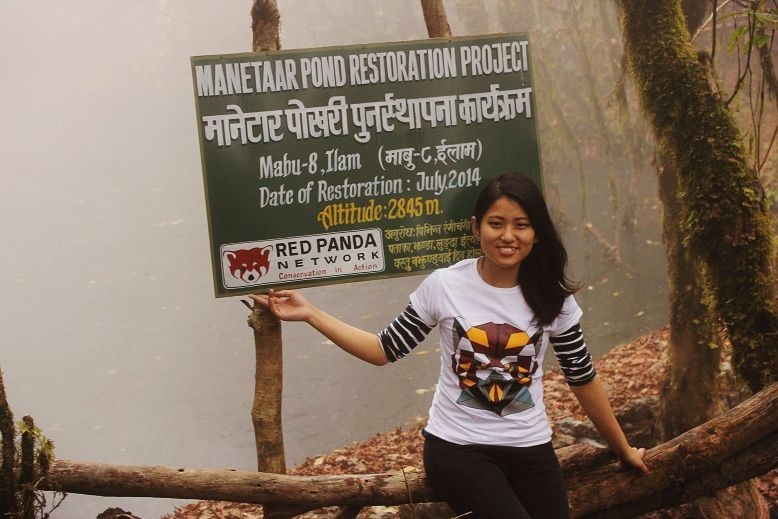 “My name is Gaumaya Gurung and I am fond of travelling. I mean who isn’t? Time to time, I like to get lost in the unknown to find myself. I venture out when I become poor in my inspiration bank. 2014 was coming to an end and my 9-5 optometrist placement had left me broke.

This year, eastern Nepal was calling; the beautiful tea gardens were waiting. When Lex Limbu suggested the Red Panda Network ecotrip, I didn’t think twice. As I recall, for my A-level biology, I did a writeup on extinction of the red pandas. I am not a big fan of zoos, so I was thrilled to find out I could see them live in their natural habitat. Upon arrival to Kathmandu on December 19th, next morning we flew to Bhadrapur, Jhapa. Due to the strike by taxi drivers, we were stuck in Birtamode the whole day. Road disruption for the public’s genuine interest is understandable, but when clubs and unions are taking in turn to strike,
that is a pain for all. So we waited until it was dark and then left for llam. 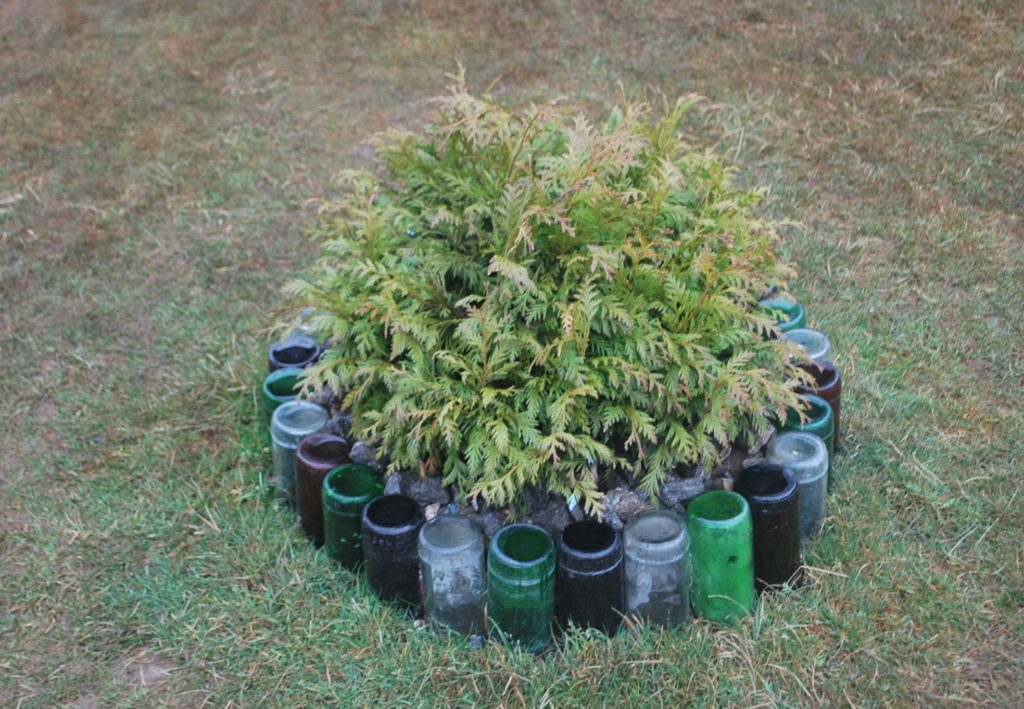 After a night at Chiyabari Cottage hotel, next day we headed to Dobate village – the home of red pandas. The houses had vibrant colours added on their metal walls and roofs. They re-used the glass bottles to decorate their gardens. We soon found ourselves in a place where fog was the only traveler. The village was still in silence. The villagers were rich; they had an abundance of peace and patience. Gyalmu didi and Pasang didi of home stay took great care of us with hot food, lodging and lots of tea and few tongbas to keep us warm.

The next day, fog had taken over. Red pandas are found at higher branches of the trees and with the mighty fog it was difficult for forest guardians to spot them. Sange dai, an ex- forest guardian, now owner of the Red Panda Network supported homestay, offered to take us for a walk to see the jumbo pillar at the Nepal-India border. During the entire uphill walk, my face was turned upward with great hope to spot a red panda. On our way back, we met Phino dai, an expert on red panda tracking who came to us with good, I mean great news. He had spotted a mother panda and three babies. But it was getting dark and we decided to wait and search in the same spot early in the morning again. Unless they are troubled, red pandas are known to stay close around their night shelter. 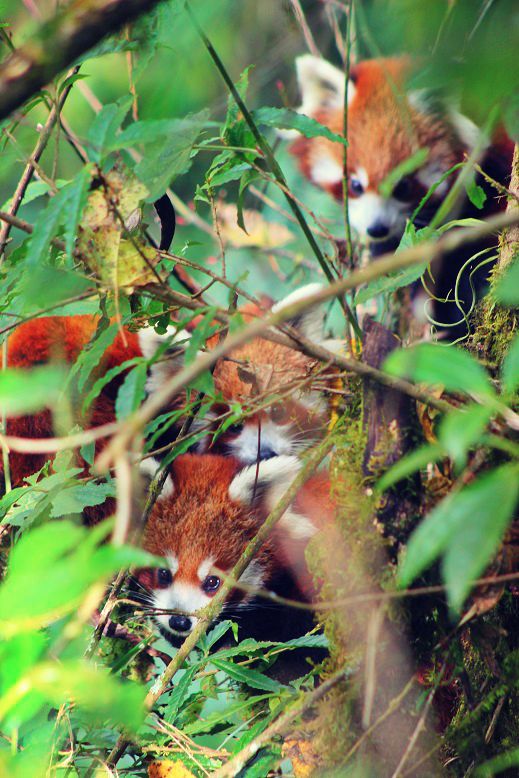 Both nights I enjoyed looking at the stars. The star clusters appear dense and very close to you, it’s fascinating. I am not an astronomer who studies the mathematics of stars. But as I observe them, I learn how insignificant one’s failure and past is. We need to move forward, and the “gigantic obstacle” in our heads – I realize how small that truly is. For hours, I tried to capture photos of stars, but hey! I am not a pro photographer either. So at the end, I shut my camera down and continued my thought process.

Next morning, the big day! The forest guardians Phino dai and Tashi dai and Gyalje dai from the Red Panda Network red panda conservation committee were on the run. We waited for a while but there was no sign. Red pandas are vulnerable; they are prey to many wild animals and poachers are after them for their fur. I was worried for the baby pandas. Pause that thought! Just then we got the signal they had found the pandas again…

I was over the moon. They are alive! Aha. We went through the dense bamboo forest on a steep downhill slope and just at the edge, there they were: three clean, furry babies. They were so cute and all cuddled up together. It was one of the most adorable scenes I have ever witnessed.

For a moment, I forgot they are an endangered species; I was drawn closer and closer… I was only a few meters away and then, I stopped so I wouldn’t scare them away. Phinjo dai said we were very lucky to see three pandas at the same time! While Red Panda Network has a very high success rate in finding red pandas in the wild, many more tourists, fans and well wishers of red pandas have made several visits to Nepal but have not been lucky enough to witness their tail, let alone the whole panda. So, thank God! And thank you dais, Red Panda Network and Lex Limbu.

To sum it up, we are part of an entire ecosystem and at the top of the food chain. Hence, we must be the most responsible ones too. This ecotrip not only allowed me to observe the red pandas, it also gave me an opportunity to self reflect on our inhumane activities that impact endangered species like the red panda. Earth is home for all living creatures, and we need to take care of each other to sustain it. And eastern Nepal is much more than the land of tea and the Himalayas – I learned that it is a land of many endangered species too, including the amazing red pandas.”

Have a good day and if you have time, go explore the east! 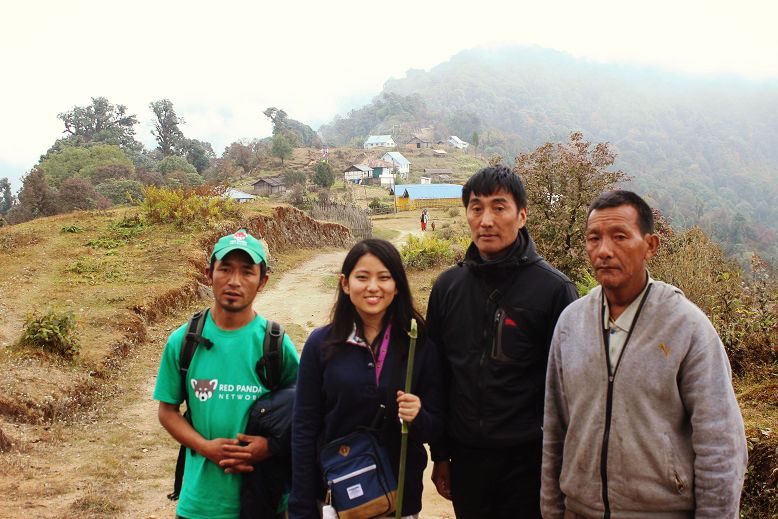