In a country in a constant state of political transition, building relationships with government officials can be difficult. Nepal is on its 11th prime minister since 2006, with the previous one serving for only eight months before stepping down Feb. 15.

So it seemed like an opportune time to inform local representatives about wildlife conservation issues. Throughout the month of January, RPN organized eight informational workshops in the Ilam, Panchthar and Taplejung districts to educate elected officials about RPN’s “Community-based Red Panda Conservation in Eastern Nepal” project.

“There used to be a time when local development programs were designed at a central level,” says Pema Sherpa, Conservation Coordinator for RPN. “Now that local people are given authority to conserve, manage and utilize locally available resources, it is easier to convince and engage newly delineated local government on conservation activities.”

Nearly 70 local elected representatives and district coordination committee coordinators attended the workshops, during which RPN outlined all it had accomplished in 2017 and discussed planned activities for 2018. 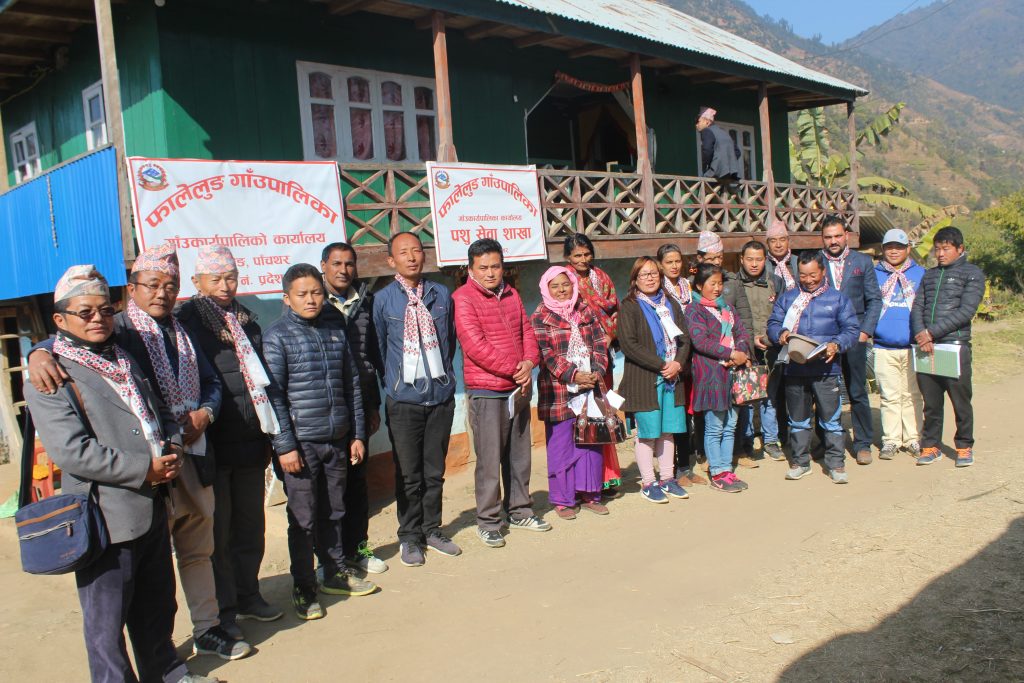 Participants of workshop for government officials.

Falelung and Yangworok municipalities in Panchthar District were among the communities that promised to include conservation activities in their budgets this year. In addition, government officials requested organized training on legal issues surrounding the protection of biodiversity.

This kind of sensitization is key to ensuring the longevity of current and future environmental and wildlife management programs. Often, government officials prioritize infrastructure development over conservation, according to Sherpa.

While the pledged monetary support and enthusiasm for RPN’s initiatives are a start, more needs to be done if these conservation activities are to continue, she says. “For that, local government must be technically sound and responsible to carry out the work.”

Local representative involvement is essential for effective implementation of conservation programs and to minimize program duplication, Sherpa says. “Targeted conservation goals can’t be achieved until and unless local people themselves want to get involved and take responsibility. This can be achieved through coordination and collaboration with local government.”