Raising Red Pandas: It Takes a Village—and a Plan

As summer in the Northern Hemisphere approaches, zoos remain on watch for another year of successful red panda births. In late April, Birmingham (Ala.) Zoo announced that its red panda Sorrel is pregnant.

The news comes a year after zoos around the world welcomed red panda kits: brothers Pokhara and Shimla at Highland Wildlife Park in Scotland (photo above); triplets Rohan, Ishwar and Mishry at Taronga Zoo in Sydney; and sisters Zeya and Ila at Woodland Park Zoo in Seattle. Red panda cubs were also born at zoos in England, New Zealand, Wisconsin, Idaho, Virginia, New York and Illinois, among other places.

According to an annual report of the red panda European Endangered Species Programme (EEP) prepared by Janno Weerman of Rotterdam Zoo (the Netherlands), the European red panda population has grown from 276 individuals in 2012 to 389 in 2018. Of the 49 cubs born in participating institutions in 2018, 42 survived.1 In the U.S., red pandas gave birth to 36 cubs, of which 16 died, in 2018, according to Sarah Glass, the North American Red Panda SSP Coordinator and Curator of Red Pandas/Program Animals/Special Exhibits at Zoo Knoxville. She said several of the red pandas who gave birth last year were new moms.

The majority of red panda births in North America take place in July and August, said Mark Myers, Curator of Birds and Invertebrates at Woodland Park Zoo in Seattle, in a phone interview. The animal collection at the zoo is divided into teams, and his team includes red pandas.

Breeding Zeya and Ila’s parents, Yukiko and Hazel, last year was an interesting process, Myers said. “They had been kind of side-by-side before that, so they knew each other existed, but they just hadn't been in direct physical contact,” he said. “When we first put them together in, must have been January, she was really kind of aggressive towards him and would kind of charge him and chase him a little bit. After a couple weeks, they had become compatible.”

Things went a little more smoothly at Milwaukee County Zoo. The zoo celebrated its first red panda birth upon the arrival of cub Dr. Lily last June. “This was the first time that I personally have tried to breed pandas,” said Katie Kuhn, Area Supervisor-Big Cat Country, via email. “We didn't really do much for them except allow them to be together during breeding season. So for us, so far, it has been pretty easy. Fingers crossed.”

Each species has an SSP coordinator who consults a studbook, which is a catalog of each animal’s pedigree, said Myers, who is the SSP coordinator for about five species of birds. 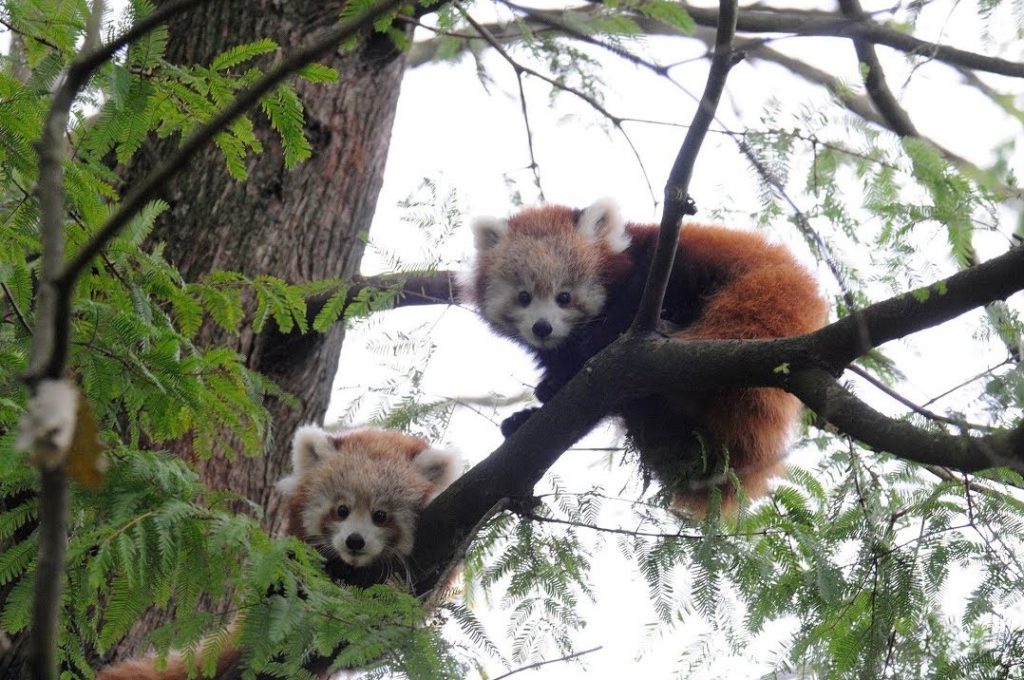 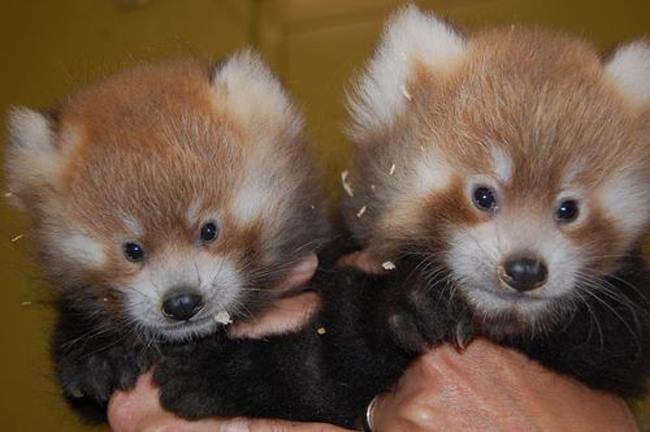 For example, individuals who have lots of living descendants would be less important for breeding and probably wouldn’t get a breeding recommendation, Myers said.

But an animal that’s not important in one locale could be critical to another.

“We might have animals in our population here in AZA that are really represented in the AZA population,” said Glass in a phone interview. “But then we look at them on the global population list, they don’t have a lot of relatives in, let’s say, Australia.”

Glass said there was a red panda in North America that was not bred for a couple of years because her line was prolific. “She was rock-bottom on our list,” Glass said. “But when you looked at the global population, she was the second-most important panda in the world. So, we bred her so that we could then send her offspring out to represent lines in other parts of the world.”

Genetics is not the only consideration. 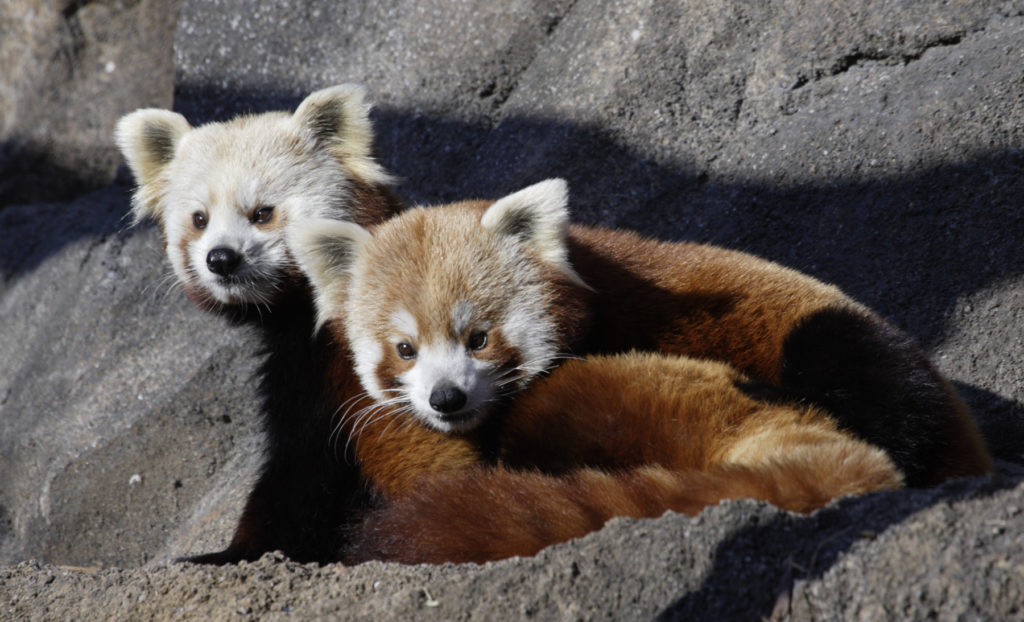 “The other, sort of non-scientific, factors that we look at when we pair animals up is husbandry styles of different institutions, personalities of the pandas, types of exhibits,” Glass said. “Some animals are really shy, and they’re not going to do as well in an exhibit that’s in a high-traffic area, or we’ve had pandas before that are really assertive, and they’re not naturally going to be the best panda to pair with a panda that can’t stand up for itself, or vice versa.”

So while a pair might not be the perfect match scientifically speaking, it could be just right in terms of compatibility.

“The whole goal of this is to maintain a genetically variable population,” said Glass, “but also one that’s healthy and happy and that’s behaviorally competent.”

Pairing the animals is just the beginning. Raising the offspring in a zoo environment has its own challenges, animal caregivers say.

At the Royal Zoological Society of Scotland (RZSS) Highland Wildlife Park, zoo staff take care to ensure that each red panda parent has its own area if necessary, said Head Keeper Una Richardson via email. But it depends on the individuals and their relationship. 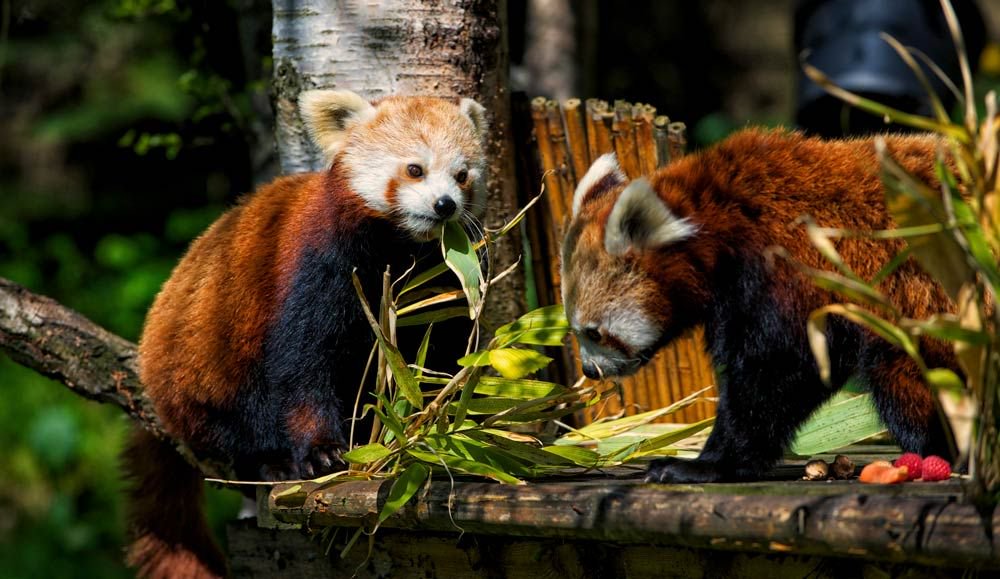 “It is imperative that they have trees/climbing structures and can go ‘high up’ away from visitors,” Richardson said. “We also provide multiple nest boxes with bedding, as in the wild the female would move her kits from site to site. If necessary, again depending on the individual animal and their level of confidence/experience, we may shut the whole area down to the public until we are happy with how the female is managing rearing her young. From the time we are certain that the female has given birth, the staff go ‘hands off’ until such a time as the female is confident and competent with her young and pays them a suitable amount of attention. The public do not have access or visibility into the nest boxes.”

A red panda’s mothering skills play a significant role in whether her babies live to adulthood. At Milwaukee County Zoo, Kuhn praised first-time mom Dr. Erin. “Again, lucky for us, our mom was an excellent mother,” Kuhn said. “She did it all. We just provided her the resources to take care of her cub and keep the areas safe for small pandas.”

For example, zoo staff replaced large water bowls with hanging shallow water bowls, provided bedding and increased Dr. Erin’s diet as she nursed. “We did soak the biscuits as Dr. Lily grew to make it easier for her,” said Kuhn. “But she weaned with no issue that we could tell. If we had to hand raise, I'm sure this story would be much different.”

The birth of Zeya and Ila at Woodland Park Zoo marked the first successful red panda birth there in 29 years. Prior to Zeya and Ila’s mom, Hazel, the zoo had a female who never raised a surviving cub, Myers said. “You know, she could become pregnant and give birth, but she just did not have the skills necessary to raise cubs.”

Technology, such as ultrasound, has enabled zoo staff to better track mortality in utero, and husbandry improvements have helped reduce behaviors that used to lead to kit deaths. In the past, if a new mom wasn’t good at carrying her young, she could leave neck wounds on her kits or drop them in places where she shouldn’t, Glass said. Setting up temperature-controlled areas with multiple nest boxes has helped reduce such instances of “stress carrying.”

“Generally, if they make it past the first 30 days, it’s smooth sailing from there,” Glass said. 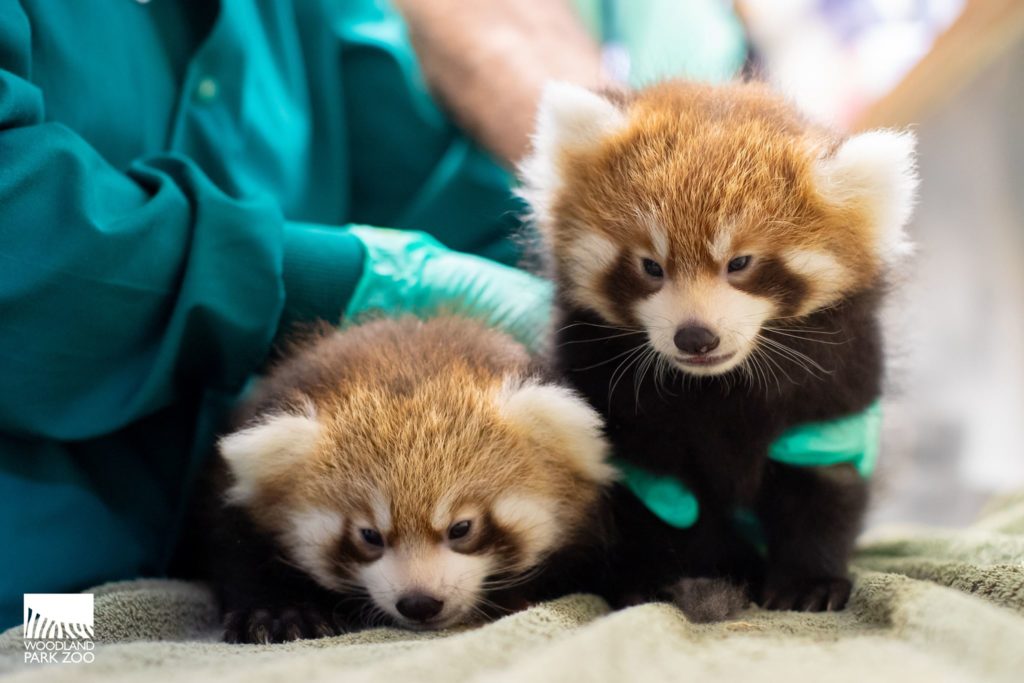 Zeya, Ila, Dr. Lily and many of the other red pandas born last year have made it well past the 30-day mark and have moved to other zoos. This is typical for red pandas once they reach 10 or 11 months old unless the zoos where they were born have the extra space to keep them separate from their parents, Glass said. It is also in keeping with what happens in the wild, as red panda mothers usually leave their young once the cubs reach 11 months old, and they go on to have a new set of offspring.

At their new homes, the young pandas have become the latest goodwill representatives for an endangered species.

“Zoo births benefit wild populations because zoos don't take from the wild anymore,” Kuhn said. Whether through monetary donations or projects they, themselves, are working on, every AZA member participates in the conservation of the wild counterparts to the species they house, she said.

“Zoos used to be somewhat a collection of the most exotic things for show and money,” said Kuhn. “Now, AZA zoos are here for education and conservation. The animals we house are ambassadors for their wild counterparts and can create that connection between them and zoo visitors to hopefully move the visitors enough to get up and do something about the wild populations. We educate folks about what is damaging the wild populations of all the animals we house and then we offer them suggestions on steps they can take to make a difference.”