Every red panda has its day.

And this year it’s Saturday, Sept. 18. Red Panda Network invites everyone to celebrate the twelfth International Red Panda Day (IRPD), a day when the “first panda” gets to shine.

Start a fundraiser for red pandas or give to one. Organize an event or attend one at your school or zoo.

Fundraising activities will support Red Panda Network’s #NoPandaPoaching and #PlantARedPandaHome campaigns, which are focused on building anti-poaching networks to end the illegal red panda trade and restoring red panda habitat, respectively. To learn more about how you can help, check out our event page.

Though often overshadowed by the larger, more famous black-and-white bears that share their name, red pandas have a pedigree and plight worthy of international attention.

Discovered about 50 years before giant pandas, red pandas are the only species left in the Ailuridae family. Due to habitat loss and other threats, their numbers in the wild are estimated to be anywhere from 2,500 to 10,000, one reason for their endangered status on the International Union for the Conservation of Nature’s Red List of Threatened Species.

These are just a few of the facts highlighted on IRPD, whose 2021 theme is “Protect. Restore. Celebrate.” 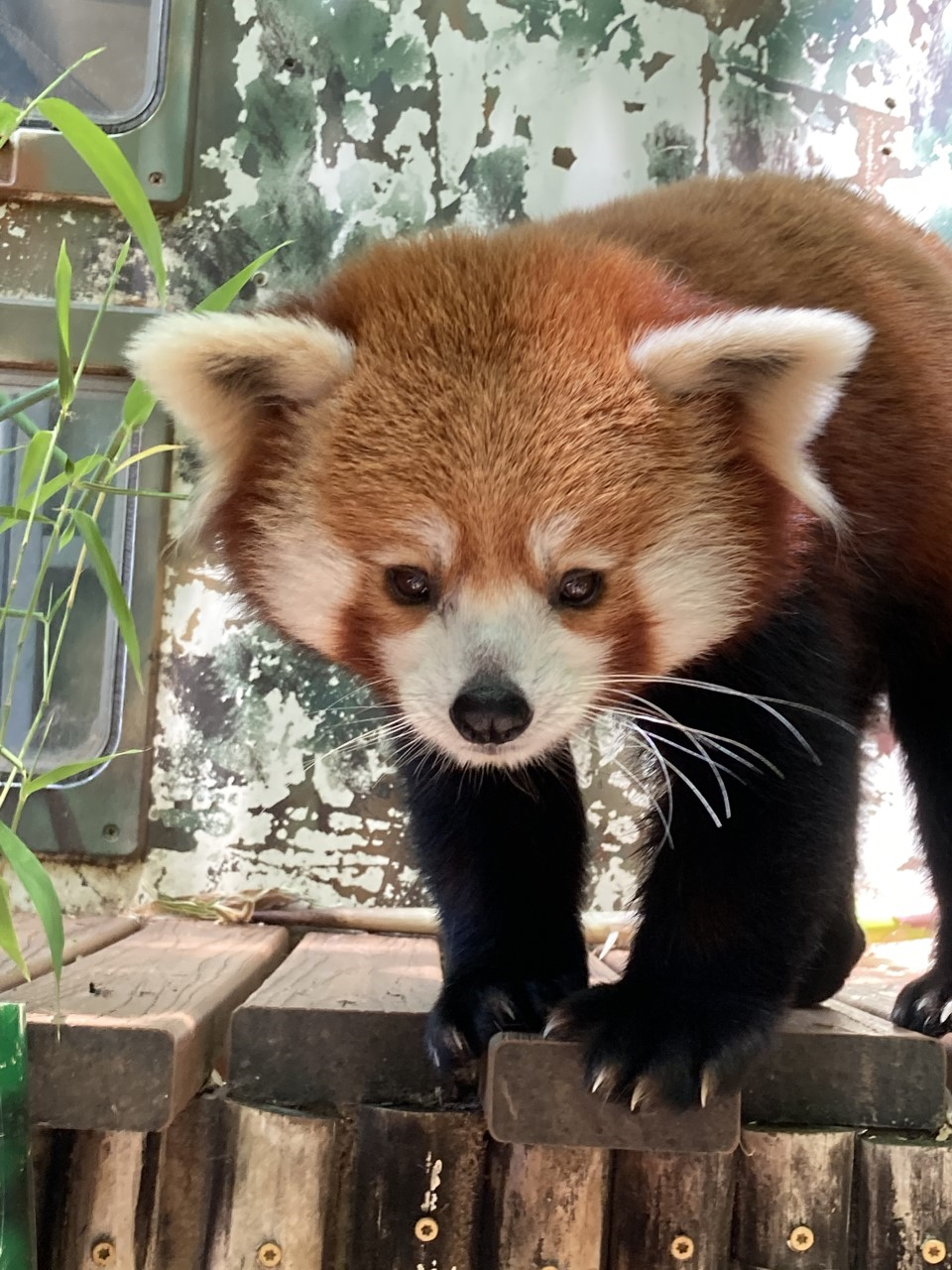 “In some cases, it’s maybe an animal that’s overlooked or not celebrated as much as others,” Rodgers said. “Here at Zoo Atlanta, we do have giant pandas as well, and they often get the spotlight. So, I really like that we celebrate International Red Panda Day and focus on that because it allows us to kind of highlight the — as we call it — the original panda.”

Through keeper talks, social media posts, videos and hands-on activities, zoos around the world will join Red Panda Network (RPN) in celebrating the original panda while also educating the public about what makes red pandas special and the threats to their survival.

In a class of their own

“I’ve loved working with them ever since I was originally introduced to them,” said Lisa Melnik, Carnivore/Small Mammal Keeper at Akron Zoo. The zoo welcomed two-year-old red panda triplets Coco, Lulu and Penny last fall. “Obviously to most people they look cute and fuzzy and that’s kind of the original reason that people tend to like them.”

But Melnik appreciates red pandas’ resilience in the face of tough living conditions in their native habitats and their sensitive personalities. “I mean, they’re a carnivore that eats mostly plants, so, yeah, they have a lot of unique adaptations that I just find very interesting.”

Melnik also relates to their solitary nature and hesitancy toward new things. “And they’ve always just been a species that I’ve found I can work with and to a certain degree understand a little easier than some others.”

Red pandas’ uniqueness is one factor that can help draw people’s attention to their issues, said Lisa Termini, a Keeper Grade Three at Toronto Zoo. The zoo is home to one-year-old red panda Adira and her father, Suva, 4.

“You don’t see too many people interested in some sort of salamander or Puerto Rican crested toad kind of conservation,” Termini said. “You don't see the excitement quite as much with those kind of programs as you do red pandas, but I think people don’t realize just how endangered red pandas are.”

Rodgers shares that sentiment. Zoo Atlanta currently has just one red panda, a four-year-old male named Jackie, who arrived at the zoo in November 2020 following the death of 14-year-old Idgie earlier in the year. Jackie has started to win the hearts of everyone at the zoo, she said.

IRPD provides an opportunity to build a relationship between red pandas like Jackie and the public, said Rodgers. “So whether it be red pandas in general or Jackie specifically, we find that by building those connections, it helps make people care, and that allows us to take it to the next level to where, OK, so now that you like this animal, and you love this animal, you care about this animal, now maybe you want to go the next step and learn what threats are they facing in the wild and how can you help.”

At Zoo Atlanta, IRPD celebrations will include a bio fact table featuring bamboo and a replica of a red panda skull, among other items, and several activities, such as a musical chairs simulation of deforestation, in which a hula hoop, representing a tree, is taken away each round.

Similarly, at Giardino Zoologico di Pistoia in Italy, zoo guests will have an opportunity to participate in a treasure hunt centered on red panda conservation. “In each station, visitors will have to solve a riddle about red panda biology, behaviour, conservation issues, and conservation actions carried out by the Red Panda Network,” wrote Francesca Bandoli, General Curator - Head of Research and Conservation, in an email. The zoo has two red pandas, female Pam and male Rusty, both 7. “The activities will focus on habitat restoration and the work carried out by the Forest Guardians.” 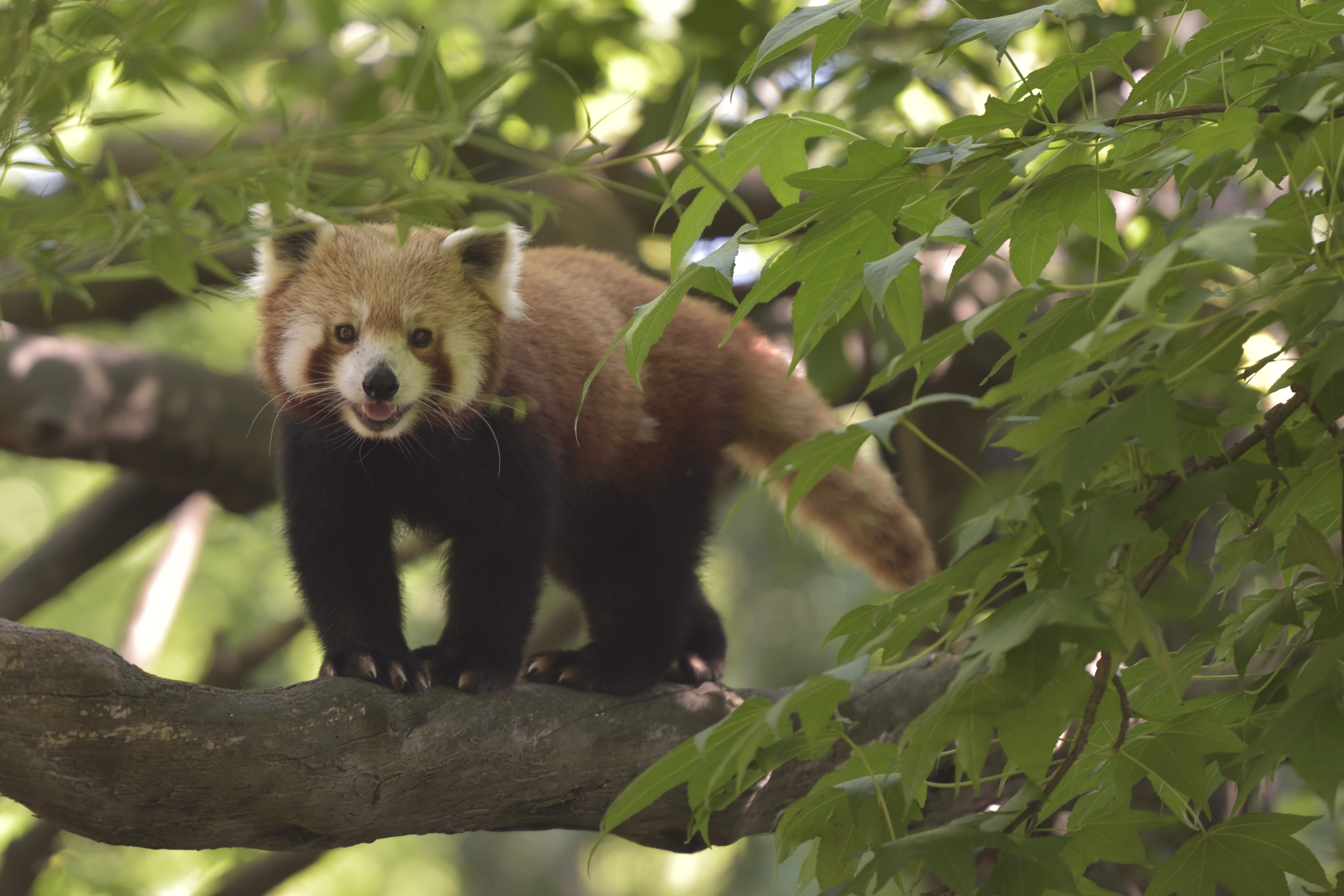 But the day won’t be all fun and games.

Rodgers said they always try to give their guests a conservation action, something they can do in both the short and long term to help animals.

“In the long term what I hope is that those small, relevant conservation actions that we give are something that they actually enact in their everyday life whether it’s just as simple as being an informed consumer, so if they buy paper products, make sure they look for the FSC logo,” she said. “For red pandas, the pet trade is one of the things that is one of their threats, so with that, we always encourage guests to be like a responsible pet owner, to do your research before you go and purchase pets.” 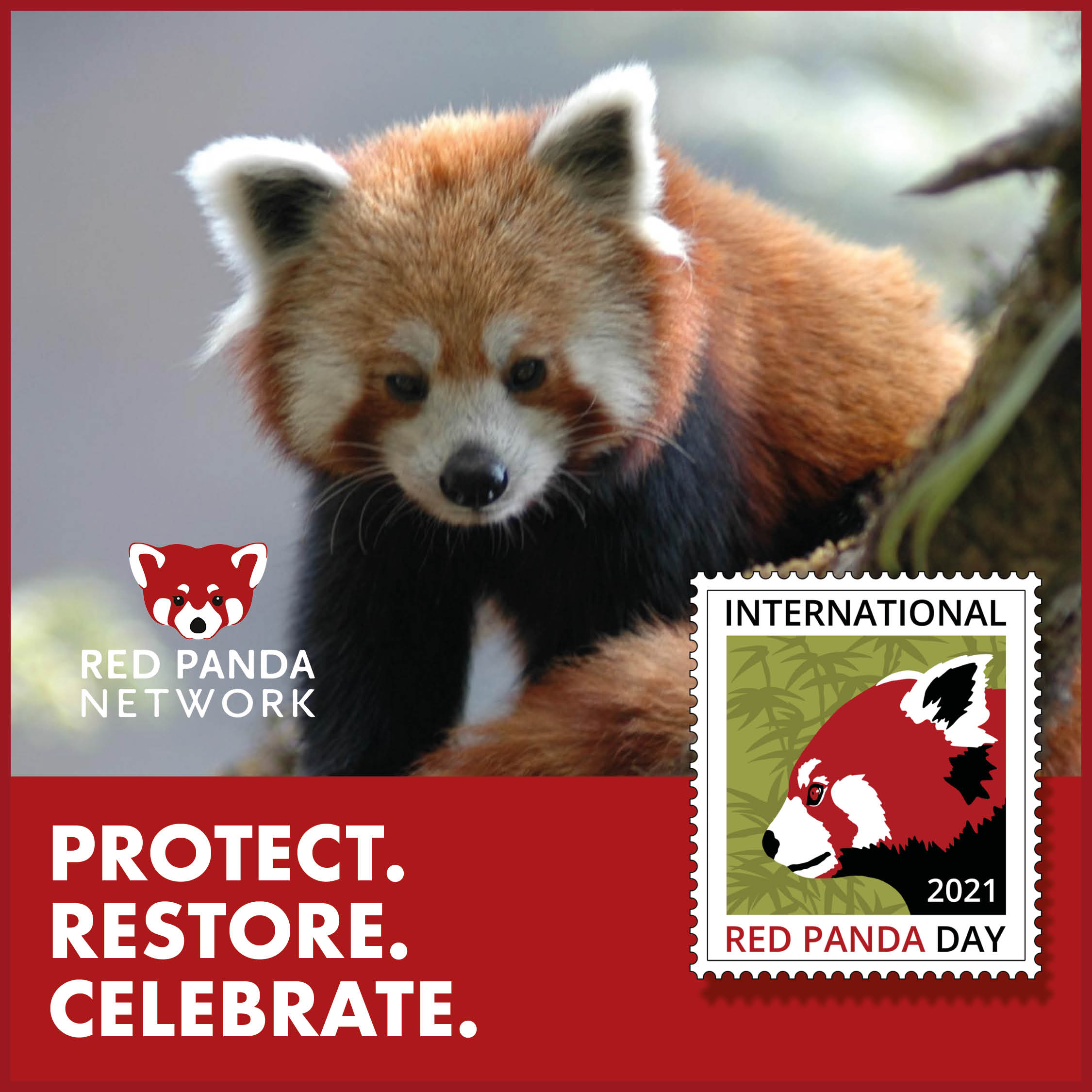 Showing people how they can help is key, said Termini of Toronto Zoo. So is showing them the results. “I think what I love about the Red Panda Network is that it's such a community-based kind of organization that you can actually see their money improving the lives of red pandas,” she said. “But not only that, not just improving the lives of the red pandas, but solving problems in the community in Nepal, et cetera.”

Without the educational component, everything else would be almost a wasted effort, Termini said. “So that’s why I think I love Red Panda Network is because I feel like it really helps the red pandas, but it also changes things to secure their future.”

In addition to providing educational opportunities to the public, IRPD helps zoos widen their reach.

“Participating in the IRPD is a unique opportunity for us to increase our conservation efforts,” Bandoli wrote. “As a small zoo, thanks to the events like the IRPD, we can cooperate with a lot of other zoological institutions maximising our impact. The IRPD makes also us and our visitors feel part of a global movement with a huge conservation impact. Being part of this movement represents for all of us an amazing way to make a difference for a species we love and care for. Moreover, knowing that working with the RPN and joining the IRPD we also support local communities and the amazing work they do, is something even more special!”

For Melnik at Akron Zoo, seeing the way IRPD has grown and increased awareness through the years is gratifying.

“We now have people that come to the zoo on that day specifically for the events,” she said. As she gives her keeper talks, she sees families with young kids wearing red panda shirts and holding red panda plushies and wanting to get a picture with the keepers or volunteers.