We had not seen a red panda in this western district until a brave and determined Forest Guardian photographed the first panda in Rukum district.

Western Nepal is a remote and rural region that is pivotally important to red panda conservation. Why? The mountain forests located outside of protected areas constitute more than fifty percent of the habitat available to red pandas in Nepal.

Prior to the Red Panda Network (RPN) arriving in western Nepal in 2018, there were no conservation efforts and lack of local protection and awareness contributed to the fragmentation of habitat that is unable to support a viable red panda population. 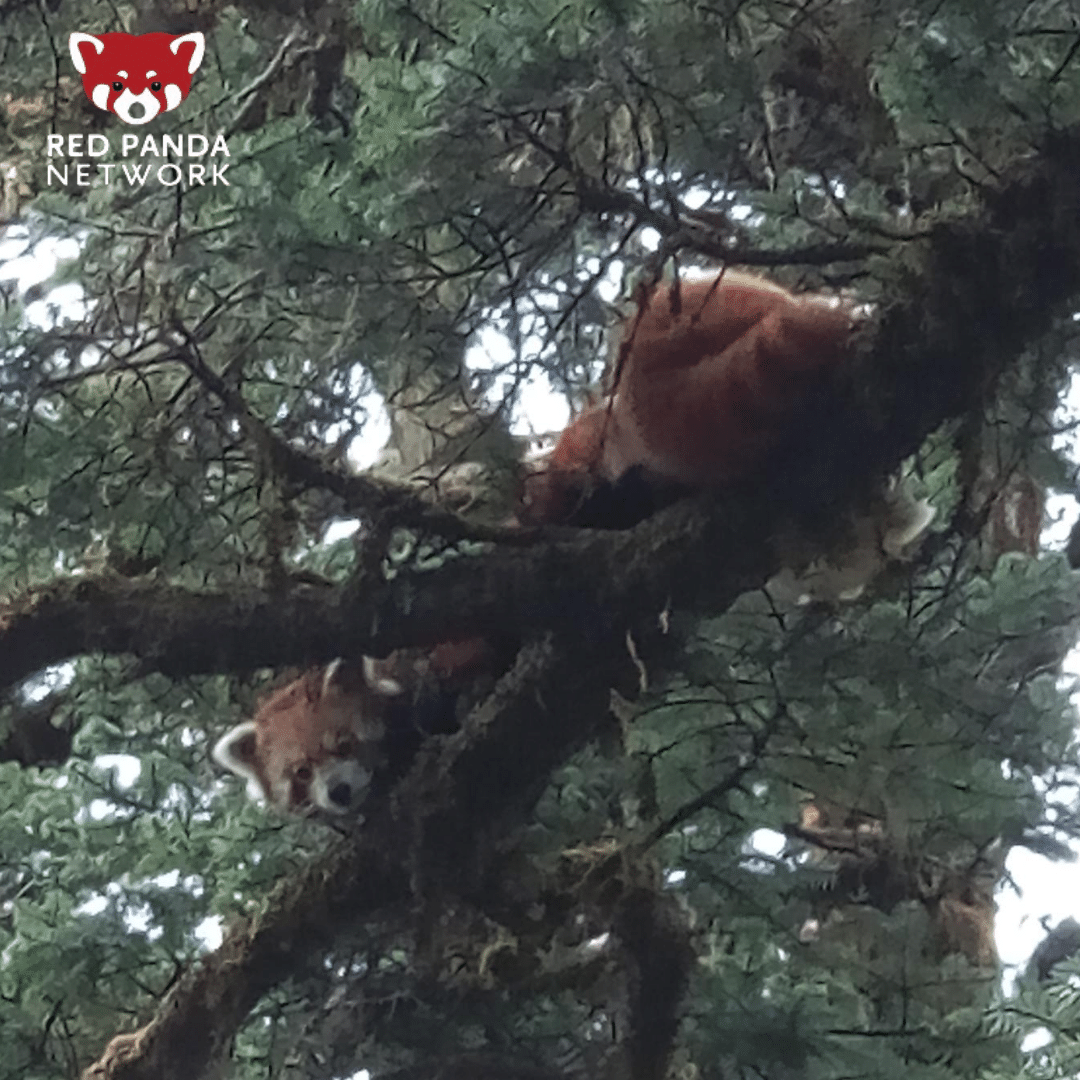 We identified three districts in Nepal’s western region—Jumla, Jajarkot, and Kalikot—that is a significant geographic region as it provides habitat connectivity for red pandas between Rara National park in the west, Shey Phoksundo National park in the north, and Dhorpatan Hunting Reserve in the east. 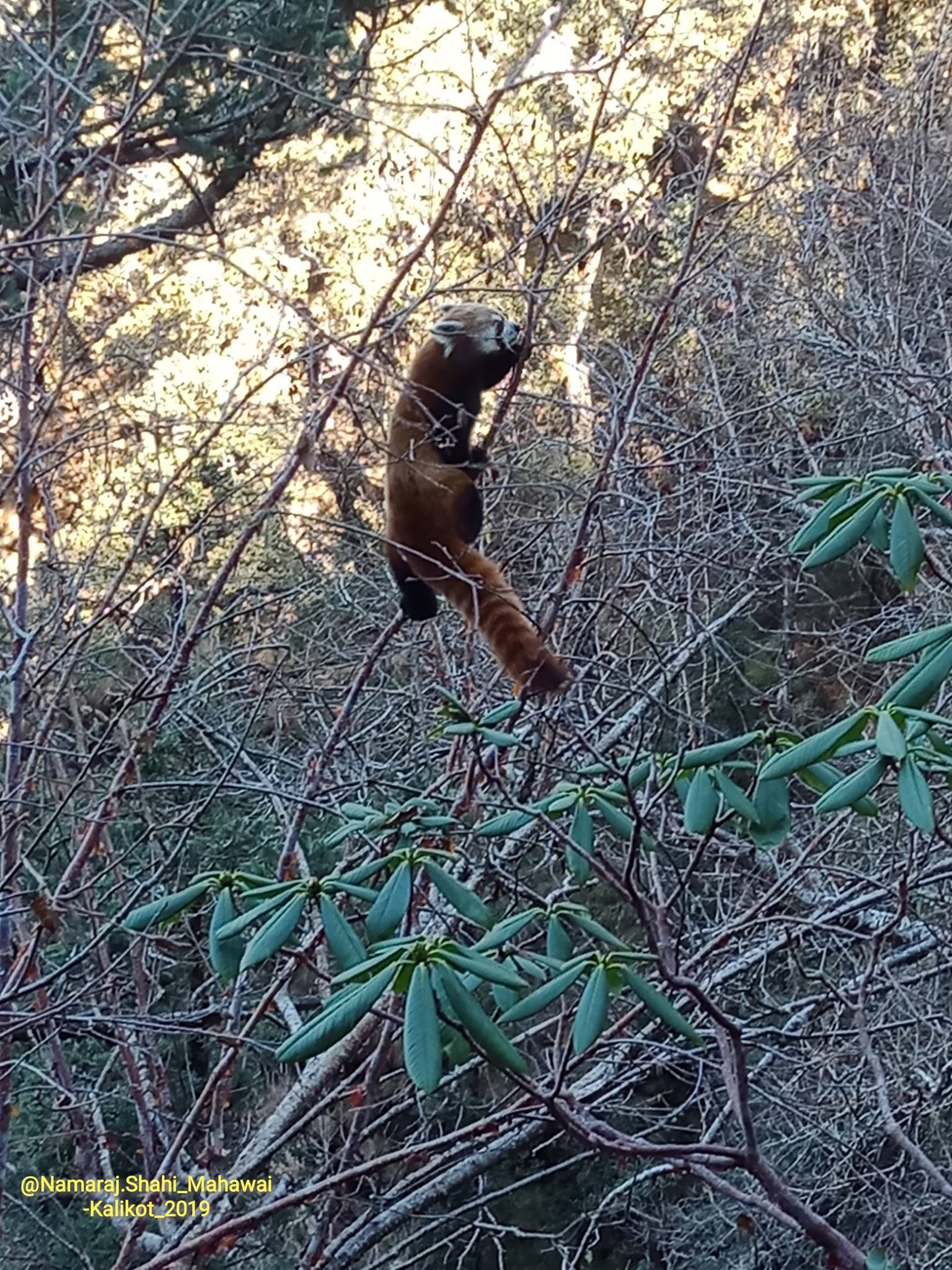 The first photograph of a red panda in Kalikot district, western Nepal.

In 2019, we expanded to four additional districts in western Nepal: Rolpa, Dolpa, and Western and Eastern Rukum. Over ten percent of red panda habitat in western Nepal is in Rukum. In May of this year, a Forest Guardian named Man Bahadur Budha had his first red panda tracking experience which produced the first photograph of a red panda in Rukum!

Budha began working as a Forest Guardian in Rukum district in 2019. He monitors red panda habitat in Kharsuthala Gairipatal and Bachhimela Community Forest of Sisne Rural Municipality; Budha has also attended multiple training sessions on red panda monitoring and survey techniques that were organized by Hured-Carc (RPN’s Partner NGO in Rukum) and supported (technical and financial assistance) by RPN.

While local villagers in Rukum had regularly reported red panda sightings, we were unable to detect any signs of the elusive, endangered species—until Budha’s sighting. 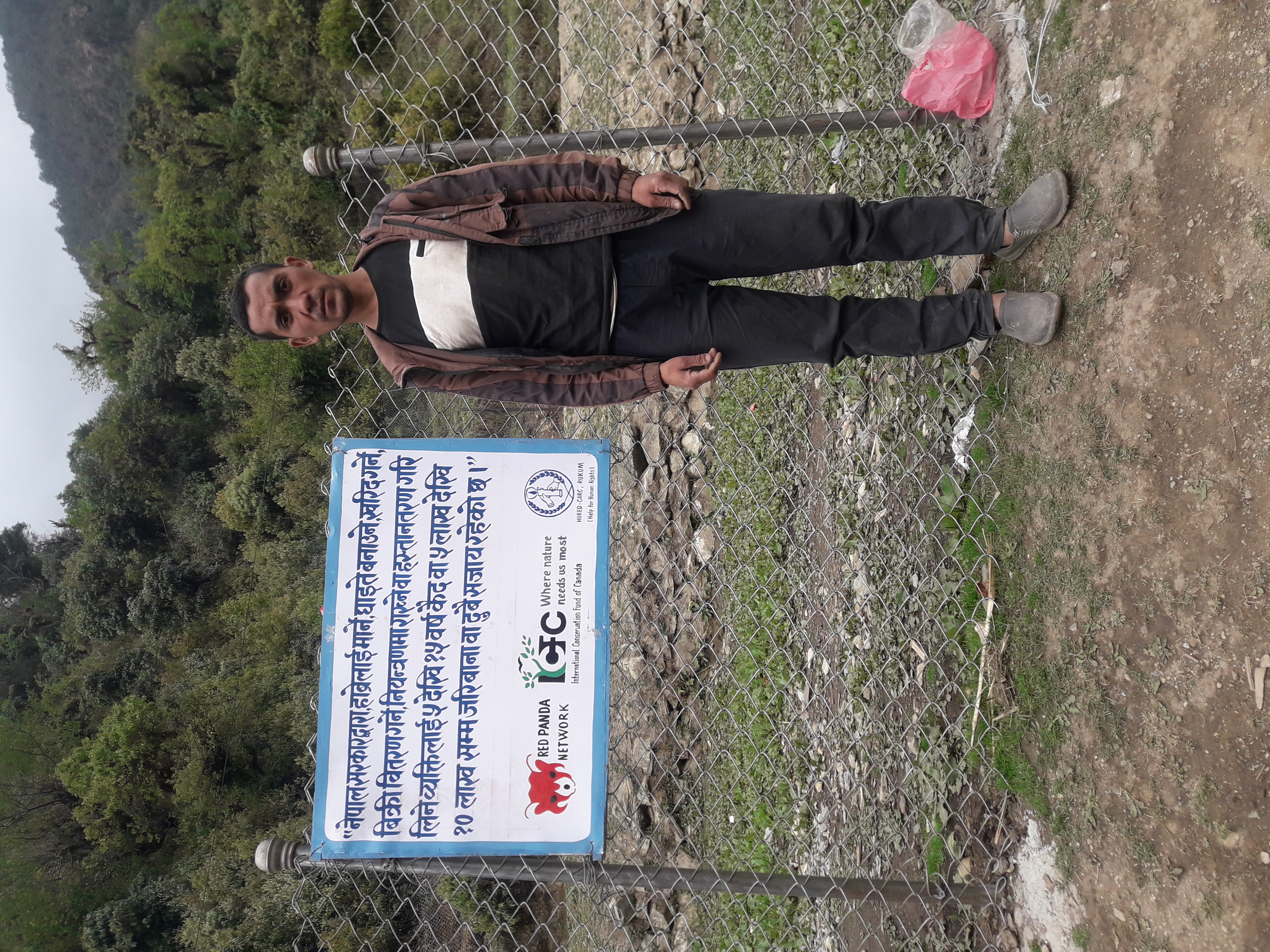 On May 20th, 2021, Budha and other monitoring team members (including Forest Guardians and other stakeholders) began their journey. “We were skeptical about sighting red panda in the wild, as we hadn't seen any in many years,” Budha stated. That day, the team traveled for almost eight hours, traversing thirteen kilometers in search of red pandas.

Budha continued to share his experience on that significant day: “We monitored seven monitoring blocks and we had not encountered any signs of red panda.”

The team then began monitoring the eighth block. It was there that everything changed.

“Finally, after completing seven blocks, we had one final block to monitor near Gupta Daha [Daha means Lake in Nepali]. We were looking for signs of this elusive animal and suddenly, we heard a strange, unfamiliar bleating sound. At first, we couldn't figure out where the sound was coming from. We looked for the source of the sound and realized that it came from a rhododendron tree downhill from us where we saw a red panda resting in the canopy. We managed to capture a photo and video and I’m so thankful.” Budha recalls with a cheeky grin.

We are thankful, too, for Forest Guardians—like Man Bahadur Budha—and other community members who refuse to give up even when the work is difficult. Who refuse to lose hope and let this endangered species be lost forever. Thank you for this unprecedented proof of red pandas in Rukum!