Red pandas are adapting to avoid dangers in their threatened and rapidly changing environment.

A new study conducted by Red Panda Network (RPN) in Nepal has shown that wild red pandas will change their natural behaviors to avoid interacting with humans and other human-created disturbances such as livestock herding, road construction, and free-roaming dogs.

The study was conducted in Nepal over the span of a year, tracking panda movement using GPS collars and camera traps. This was the first time GPS-satellite collaring has ever been used in studying red pandas in Nepal. The collars transmitted data once every two hours for the length of the study, which was then transmitted by satellite to the research team.

The intent of the study was to gain better insight into the movement and social behaviors of red pandas, as well as to understand how these habitat specialists react to disturbances in human-dominated landscapes. The evidence shows that pandas will go to great lengths to avoid disturbances even if it means changing their behavior to do so. They especially seemed concerned with anthropogenic (human-based) disturbances like roads, livestock, dogs, and deforestation. 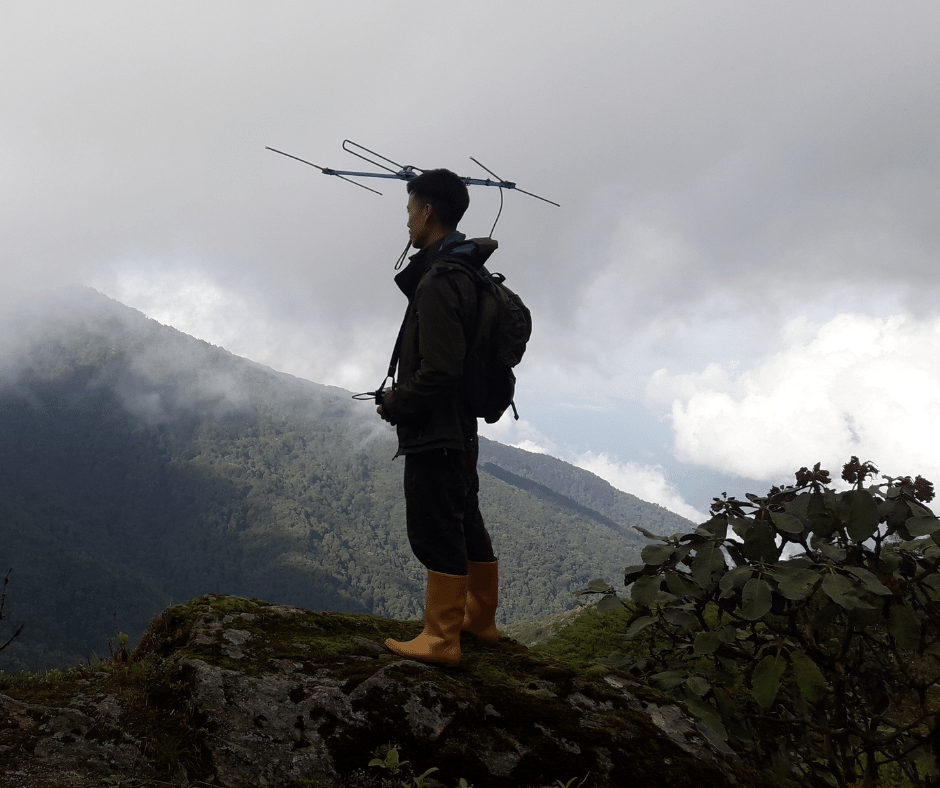 One of the biggest problems facing the red panda population in Nepal today is habitat fragmentation. Deforestation has led to habitat fragmentation, which cut the pandas off from each other and potential food and shelter. For a panda to leave its fragmented area of the forest to travel to another one increases the risk of an attack by a predator or a poacher. This is why RPN’s “Plant A Red Panda Home” campaign is so important, as we are working to create corridors between the fragmented sections of the forest in Nepal.

Plant A Red Panda Home is our national campaign in Nepal to restore red panda habitat and establish a biological corridor where wildlife can flourish. Initially, we started with small-scale habitat restoration activities; this year the campaign has resulted in 134,000 native trees planted in approximately 90 hectares of degraded habitat by over 500 local people! Plant A Red panda Home continues to provide green jobs and alternative income opportunities that support sustainable livelihood opportunities for the local communities committed to red panda conservation.

Get an intimate look at our reforestation process in this episode of Habre Guff-Gaff.

Evidence from the GPS collar study points to pandas further limiting their own habitat by avoiding roads and smaller, isolated habitat patches, or “habitat islands”, whenever possible. “It seems as though red pandas have come to understand the dangers associated with these disturbances,'' shares Sonam Tashi Lama, RPN’s Program Coordinator in Nepal who helped lead the collar study, during a conversation with Terrance Fleming, the Development Manager for RPN.

Red pandas are more vulnerable to the effects of poaching and human encroachment in habitat islands as the reduced forest cover and buffer means humans have easier access to them. They are also at higher risk of starvation, predation, and other threats, as red pandas have to leave habitat islands to cross unsuitable habitat, or a 'hostile' matrix, in search of bamboo and other resources they depend on such as water and nesting trees.

If a panda does feel the need to cross a road, it will often do so only at dawn or dusk, when there seems to be less traffic on the road. Interestingly, this was only true of vehicular roads; pandas did not avoid the walking trails used by humans throughout the forest. Their movement and behavior did adjust, however, when approaching the trails (became slower and more hypervigilant) and fragmented forest or habitat islands (moved faster along less tortuous routes). 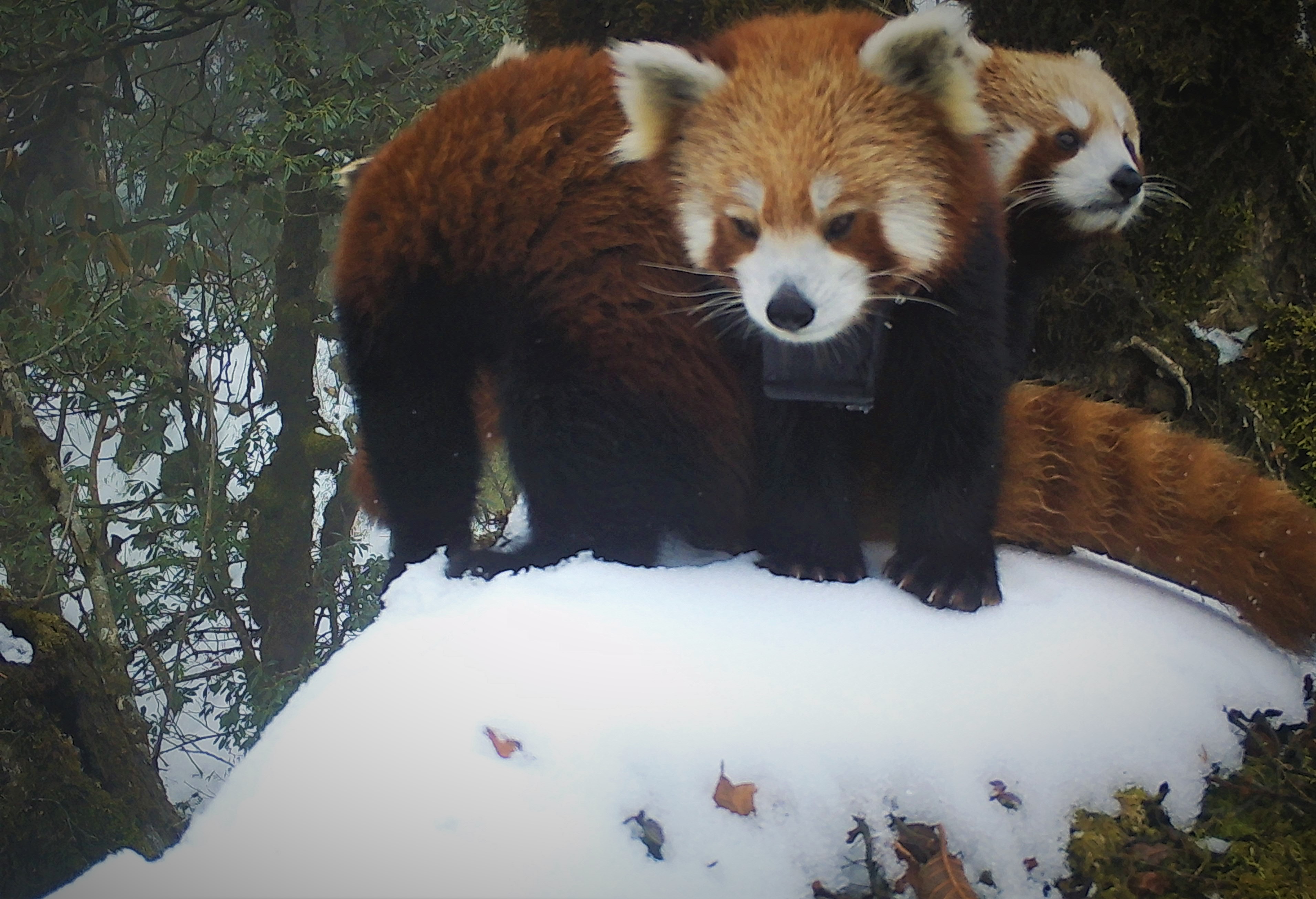 Two of the red pandas that were collared for the study in eastern Nepal. © RPN

Sonam continues: “All of this information is critical in understanding the best way to move forward to protect the red panda in human-dominated landscapes.” While some coexistence with humans is obviously unavoidable, this study shows that the building of new roads should be avoided whenever possible, with wildlife crossings added along any new roads that must be built. Protections against human interaction through habitat zonation, especially during breeding season, are critically important to the health of the red panda population.

“The collar study will help guide our efforts to save the last of the first panda,” Sonam says last.