One of the simplest aspects of wildlife conservation also happens to be one of the most challenging: spreading awareness.

The simple part is putting the information out there; the challenge is getting people to pay attention to it. That’s why, in addition to their own awareness efforts, organizations like the Red Panda Network (RPN) actively collaborate with artists, professionals and communicators who share their passion for wildlife conservation, and whose unique platforms can further extend the reach of their crucial message. Recently, RPN has partnered with an up-and-coming professional who is using one of today’s most powerful mediums—film—to broadcast the plight of the endangered red panda to a wider audience.

Meet Gunjan Menon, a film student at University of the West of England whose love of cinematography, wildlife and red pandas in particular has inspired her short film in the making, "The Firefox Guardians." Planning to film on location in Eastern Nepal, Gunjan is currently running an Indiegogo campaign to fund her ambitious project.

Born and raised in New Delhi, India, Gunjan relates how her interests in film and wildlife coincided early on in life. “I started taking photos at a young age, playing around with my dad’s camera phone,” she remembers. “Most of my subjects were animals—primarily birds, dogs and cats—and I enjoyed trying to capture their emotions in my photos. I was also fascinated by the world of cinema, including David Attenborough’s wildlife documentaries, which made me want to learn the art form. When I saw Mike Pandey’s ‘Shores of Silence,’ a short film that sparked legislative action to protect whale sharks, I realized what a strong medium filmmaking was for bringing about change. This inspired me to combine my love for wildlife with my passion for filmmaking.”

After high school, Gunjan attended Symbiosis Centre for Media & Communication in Pune, India, where she majored in Audio-Visual Filmmaking, and is currently pursuing her Master’s degree in Wildlife Filmmaking at UWE Bristol. When asked to choose a subject for her upcoming short film project, Gunjan already knew what she wanted to do. “I’m a crazy red panda lover and have been following the work of Red Panda Network for a long time,” she says. “It all started when I saw Kung Fu Pandaat age 16. I was trying to figure out which animal ‘Master Shifu’ was based on, and when I found out he was a red panda, I felt bad that I’d never heard of this animal before. However, once I discovered them, I immediately fell in love. Later, when I had to choose a subject for my own wildlife film, the choice was obvious to me: I would make a film highlighting the endangered status of red pandas.”

While her film’s premise seemed straightforward enough, Gunjan had no idea of the thematic turn it would take. “My film was initially going to focus on red panda eco-tourism in Eastern Nepal, but after reading an article on RPN’s website entitled ‘The Changing Role of Women in Red Panda Conservation,’ I was inspired to take a different angle.” The article relates the story of Menuka Bhhatari, a member of RPN’s Forest Guardians, a local taskforce committed to overseeing the PIT Red Panda Protected Forest in Eastern Nepal. As one of just two women in the Forest Guardians’ 54-member team, Menuka had experienced opposition for her unconventional choice of livelihood, told by village elders that she ought to be doing housework instead. Menuka’s story resonated deeply with Gunjan. “As an aspiring filmmaker who’s been told I can’t do certain things because I’m a girl, I could relate to Menuka’s struggle. After reading the article, I knew this was the heart of the story I wanted to tell, in conjunction with that of the red pandas.”

To film “The Firefox Guardians,” Gunjan will attend one of RPN’s eco-trips to Eastern Nepal, where she will spend two weeks living and working alongside the Forest Guardians. “Besides telling Menuka’s story, I want to focus on the community aspect of red panda conservation, as the species’ survival depends on the many people who work to protect them,” she says. “I want to highlight the Forest Guardians’ special bond with the pandas, and hear stories from locals who’ve reformed their ways of life to become advocates for these threatened creatures.” Of course, Gunjan’s main challenge as a filmmaker will be capturing the red pandas themselves on film, but she is optimistic that she will succeed with the Forest Guardians’ help. 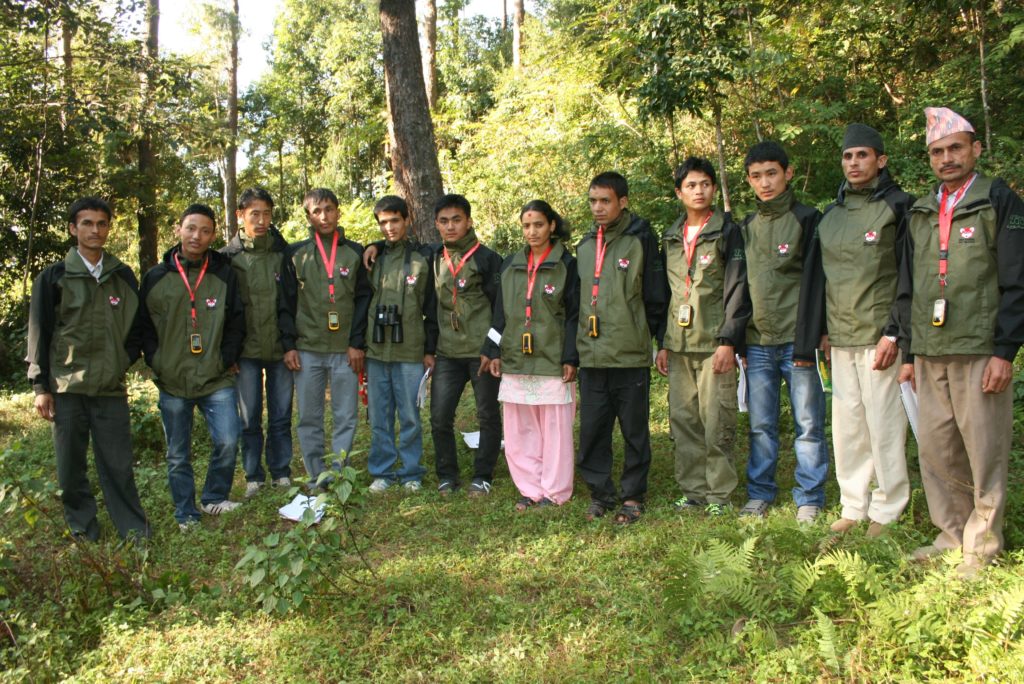 After filming wraps, Gunjan will return to UWE and begin the post-production process. Following the film’s premiere, she has plans for a strong social media campaign to ensure it gets seen by as many people as possible. “Visual media spreads like wildfire these days and is one of the fastest ways to convey conservation issues and inspire action,” she explains. “Besides the official cut of the film, I will be making an interactive online version, where viewers will be able to choose from different stories to watch and get immersed in. It’s a very new form of storytelling that’s aimed at reaching a wider audience.”

All in all, Gunjan says her goal is to produce a film that’s not merely a nature documentary, but an inspiring account of struggle against adversity. “In addition to relating the plight of red pandas, I want to convey Menuka’s perspective, including her love for the pandas and her challenges as a female Forest Guardian. You might call it a conservation documentary packaged as an adventure/love story. By documenting Menuka’s struggle as a woman fighting for her dreams, I hope to motivate other young women to fight for theirs.”

Want to help Gunjan on her mission to film the firefox? Click here to visit her Indiegogo campaign and become a backer. You can also check out “The Firefox Guardians” on Facebook, Twitter and Instagram.