As humanity continues to endure COVID-19, RPN bolsters efforts to stop the illegal red panda trade and to protect pangolins.

We love introducing more people to red pandas. They are incredibly intelligent, whimsical, and cute animals. But as red panda popularity has risen, so has poaching; whether they’re killed for their furs, or captured to be sold as exotic pets, an issue we wrote about in our No Panda Pets article.

When you hear “poaching,” the first thing you might think of is the loss of animal lives. But the consequences of animal poaching can have unexpectedly far-reaching impacts beyond the loss of life. It’s suspected that the recent coronavirus (COVID-19) outbreak may have been caused by animal-to-human transmission from a wild animal market in Wuhan, China. Although it’ll take time for experts to determine the exact cause for the breakout, this wouldn’t be the first time a disease outbreak may have been caused by the illegal hunting, capture and sale of animals; the Ebola virus outbreak epidemic of 2014, the Swine Influenza pandemic in 2009, and the Nipah virus outbreak of 1999 representing just a few of the more recent examples.

What is RPN doing to fight back against poaching?

Stopping the illegal wildlife trade is a hard problem to solve, and something the Red Panda Network has been working on for years. In 2016, we announced an anti-poaching network, consisting of our Forest Guardian team and other local stakeholders. Our Forest Guardians are our troops on the ground. They are paid to monitor red panda habitats and help educate their communities, and are essential to two core tenets of our anti-poaching efforts - education and patrolling.

Many people don't understand how serious an issue poaching is. Not only does poaching hurt animals, but it also creates a “serious threat from habitat destruction and degradation” according to a report from TRAFFIC that can impact hundreds of other species. And as we’ve seen with some of the disease outbreaks in the past, there can be a human cost as well. 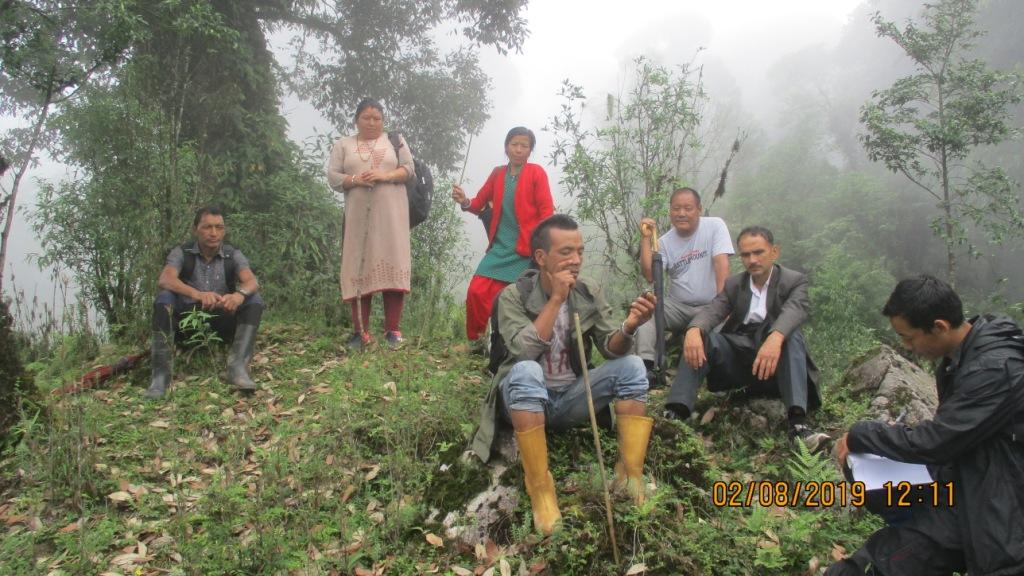 Educating the communities and law enforcement helps us better partner with them to identify and protect red pandas and other animals. In December 2019, we conducted a two-day anti-poaching training session with 43 of our Forest Guardians. This training covered the scope of the illegal red panda trade problem, the efforts made by various Nepalese authorities to stop illegal red panda trade, and also strengthened our relationship with the law enforcement officers in each district, making it easier for Forest Guardians to report poaching activities for investigation.

Our Forest Guardians actively patrol red panda habitats. In 2019, our anti-poaching networks patrolled over 130km of forests in Eastern Nepal. Patrolling red panda habitats helps us fight back against poaching in a few ways: 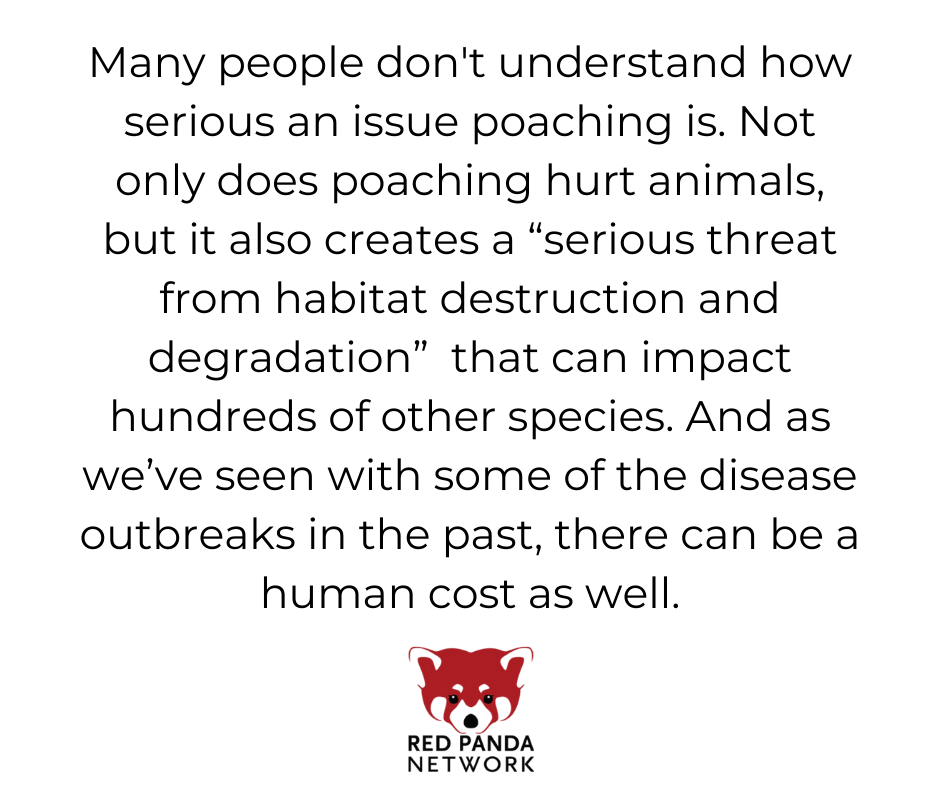 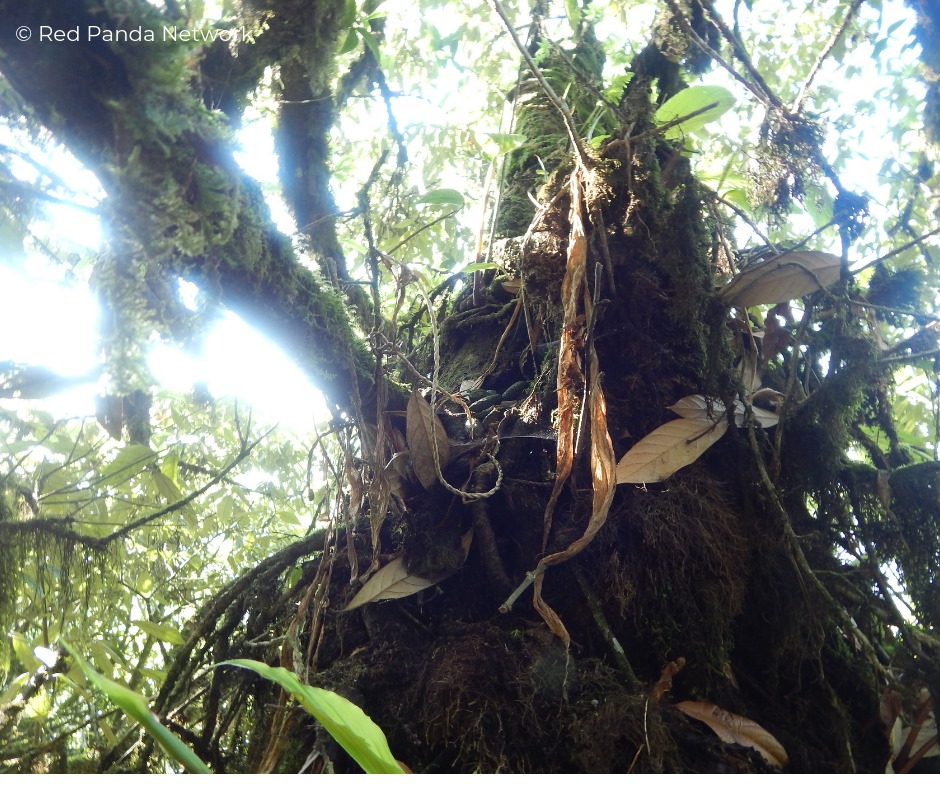 What’s next for RPN?

We plan to expand our anti-poaching monitoring in new areas in Nepal — places where we aren't actively present — to achieve a full understanding of Nepal's illegal red panda poaching. We also recently announced that we're expanding our efforts to also track pangolin poaching as part of our monitoring efforts. Pangolins are small, scaly mammals, very similar to an anteater. Pangolins, like red pandas, can be found in Nepal, and have been identified as the most trafficked mammal in the world.

What can you do?

Donate! Help us stop poaching with a one-time gift that will help us provide training, salary, clothing, and gear to our Forest Guardians, and make a direct impact on our ability to monitor, track, and stop poachers.

Want to augment your impact? Join our Panda Guardian team of passionate donors by signing up for a monthly contribution. For as little as $15 a month you can provide anti-poaching investigation training for a group of Forest Guardians. For $5 a month you can support the cost of red panda habitat monitoring by a Forest Guardian! 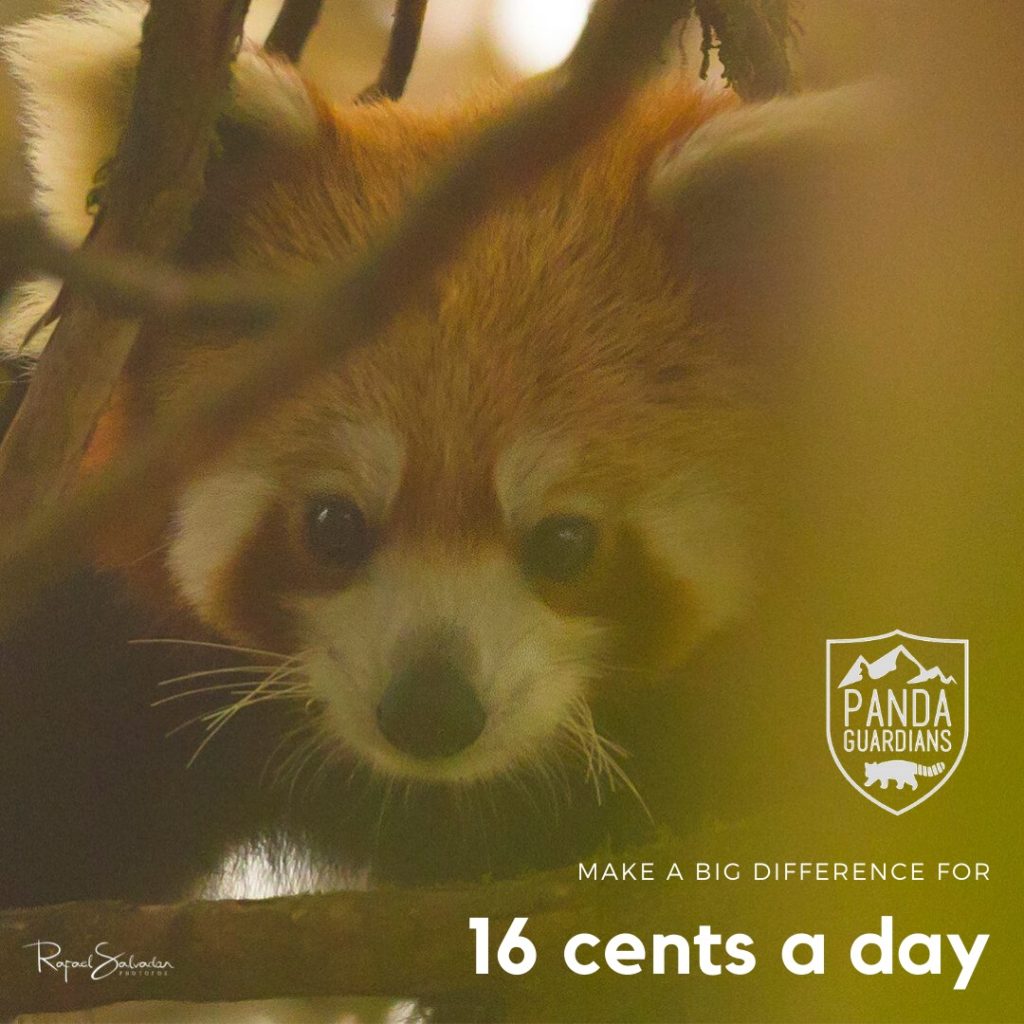 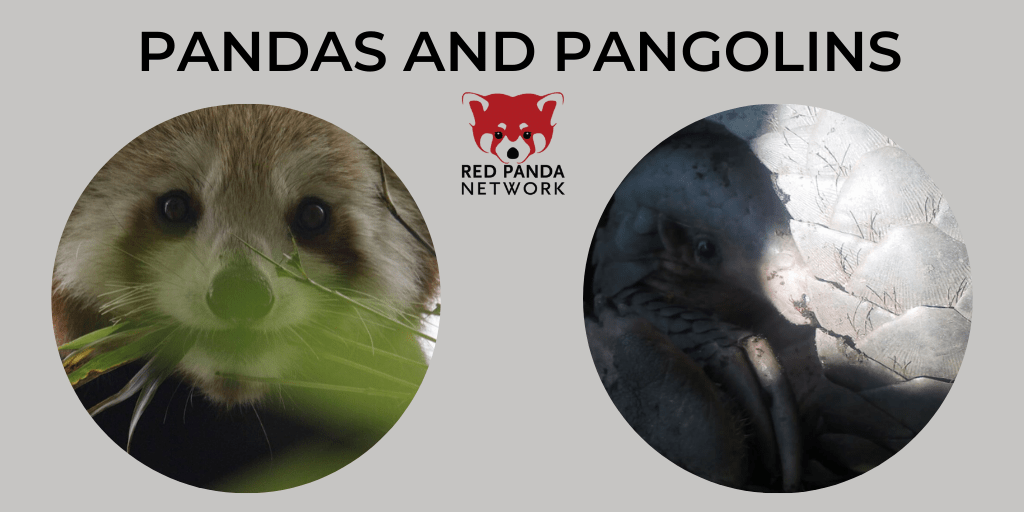 Educate yourself, and share what you’ve learned! Read more about how to help stop the illegal red panda trade, and share some of our downloadable images on social media to support our #NoPandaPets awareness campaign. There are also a lot of resources and good articles available through organizations like the World Wildlife Fund, TRAFFIC, and more. Sharing what you learn with your friends and family helps raise awareness, and helps our efforts to get legislators to support laws that help our cause.

In the meanwhile, stay safe and remain vigilant! Stopping poaching is an ongoing effort, and with your support, we vow to continue to fight for the future of pandas, pangolins and people.